Instead of manufacturing a physical product, your factories create something more important to most humans—lifetime memories with those they cherish most.

Recently, while presenting hospitality training for a cabin rental company in the mountains of North Georgia, I had a participant in my class whose job it was to take the after-hours calls from in-house guests. Knowing that these calls are usually from distressed people who have encountered a problem or quandary, I remarked something like, “Wow, now that must be a hard job.” She immediately replied, “Actually, not at all, Mr. Kennedy. Before this, I spent 30 years as a supervisor on the assembly line in a broom factory. That was a hard job!”

At that moment, it occurred to me that every professional in the vacation rental industry still works in a factory. But rather than making a physical product, our factories create something that is much more important to most humans than just about any product we could possibly buy—vacation memories that will surely last a lifetime.

Since that day I have often used the “memory factory” analogy during our workshops and webcam events, and people seem to relate to it.

I think back on my own heritage and remember that my father grew up in Braddock, Pennsylvania in the 1920s and 30s, when it was the steel capital of the world. Nearly everyone there had a family member responding when Carnegie’s steam whistle blew to signal a shift change. My own father escaped the factory-worker track only because he turned 18 in 1942, six months after Pearl Harbor; he enlisted in the US Navy and became an electrical engineer, designing electrical panels at the Square D factory.

When you stop to think about it, many vacation rental companies are located in what were once manufacturing locales, from the heavy equipment manufacturing belt of the Pocono Mountains of Pennsylvania, through the rolling hills and textile factories of North Carolina, to Cannery Row in Monterey, California.

Although most of the traditional factories have long since gone, manufacturing continues every day at vacation rental companies. The final product is now an intangible experience, but the “assembly line” works in largely the same way as it does in a factory.

Just as on a traditional assembly line, every staff member plays an important role in manufacturing our guests’ memories.

It starts with maintenance to ensure that all the components of the complex homes most of us rent are in good working order. So many others on the “line” touch the experience too, from the IT and website team members who ensure that bookings come through accurately to the reservations and guest service staff who correspond with each individual guest. Let us not forget laundry and housekeeping, because cleanliness is almost always number one on any survey in which guests are asked to rank important qualities. Depending on your inventory and location, there may be many other workers on the assembly line including pool and hot tub staff, concierges, transportation workers, and accounting personnel who send the owner statements and collect guests’ payments accurately and on a timely basis.

When I took a bit of time to research manufacturing for this article, I learned even more terms that apply, such as “delayed differentiation,” also called “last-mile manufacturing,” which refers to the final steps to customize a product near the end of the assembly line.

For automobiles, this step refers to the choice of upholstery or sound system, and for clothing, it means that the apparel may be dyed at the last stop before distribution to the stores and warehouses based on what is selling the most. In our vacation memory factories, the final customization is likewise conducted at the end of the line.

Just as on a traditional assembly line, every staff member plays an important role in manufacturing our guests’ memories.

Although the accommodation experiences themselves are the same, the delivery can and should be based on each individual guest’s vacation vision and customized for the specific life experiences playing out. Examples of customization might be personalized, handwritten welcome notes (at least for those booking high-value stays) and authentic local welcome amenities specific to the region or personalized to the guest’s reason for travel (e.g., birthdays, anniversaries, and reunions).

In the hotel industry, Four Seasons is one of the finest hotel chains in the world, and it uses another word originating from a different type of manufacturing—tailor-made clothing such as men’s dress suits. The word is “bespoke,” for which Google offers a modern definition: “Made for a particular user or customer.”

Granted, there are currently plenty of high-volume, low-touch, well-funded vacation rental companies that are trying to “manufacture” vacation rental experiences in the same way that Henry Ford’s assembly line pushed out Model A’s. Time will tell how well they will do over the long run.

I have my concerns, mainly because of their seeming obsession with forcing guests and homeowners to use technology to communicate with their rental companies, making it more difficult to reach a live, dedicated, local-area staff member when you really need one.

Likewise, these companies seem to have a similar obsession with automating relationships with the homeowners, which I hear is already causing inventory slippage when they acquire new companies.

So, unless these companies also buy up most of the vacation home inventory, I think this presents an opportunity for those who recognize that many, if not most, homeowners are also emotionally invested in their vacation homes.

Over the long term, I predict that guests will stay loyal to the locally owned and branded vacation rental companies that truly understand that the vacation home rental industry has little to do with vacation homes and a lot to do with manufacturing vacation memories. Those who take a bespoke approach at the last mile will manufacture memories that will cause guests to do the three things we want most: come back next time, book directly, and tell others good things about us.

I hope you will share this analogy of a memory factory with your team and get their feedback. Besides initiating a relevant dialogue and brainstorming session, I find that it gives new meaning to the hard work we do and the long hours we endure.

The memories your vacation rental company manufactures will be shared by your guests around dinner tables, captured in pictures and videos, and cherished during difficult times. And these memories will live on as a part of family and friendship folklore for generations to come.

Doug Kennedy is President of the Kennedy Training Network, Inc. a leading provider of customized training programs and telephone mystery shopping services for the lodging and hospitality industry. Doug continues to be a fixture on the industry’s conference circuit for hotel companies, brands and associations, as he been for over two decades. Since 1996, Doug’s monthly hotel industry training articles have been published worldwide, making him one of the most widely read hotel industry training writers. Visit KTN at www.kennedytrainingnetwork.com or email him directly. doug@kennedytrainingnetwork.com 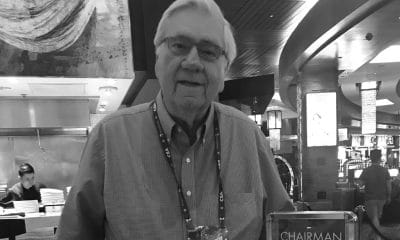 Sustainability and Quality: The New Barriers to Entry in Vacation Rental Management

Higher Multiples & Lucrative Structure: Key Ingredients that will Allow Your Company to Sell

Implementing Change in Your Organization by Creating a Culture of Inclusion

The Value of Direct Bookings vs. the Airbnb & Vrbo Demand

2021 Summer Review: Leisure Vacation Rentals Surpass Expectations
The Importance of the Guest Experience within Vacation Rental Operations: From the Back of the House to the Front