Independent Contractor Or Employee? The Department of Labor may consider an independent contractor to be an employee more often than you realize. 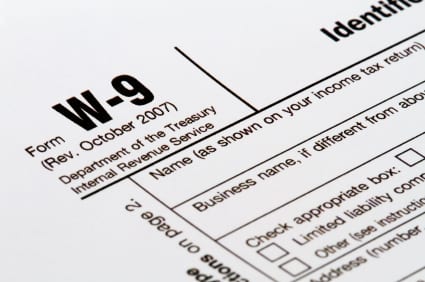 Independent Contractor Or Employee? The Department of Labor may consider an independent contractor to be an employee more often than you realize.
VRM Intel Staff

By Sue Jones — The Department of Labor (DOL) says that most independent contractors are actually employees and that reviewing an employer’s use of independent contractors is their number one enforcement priority. The vacation rental and hospitality industries regularly use contract workers to supplement and even outsource entire departments. In light of the DOL’s renewed emphasis on misclassification of independent contractors, it is more important than ever that you be proactive and take another look at your contractors. Particular positions such as housekeeping, maintenance, landscaping, grounds keeping, security and IT services are at high risk.

While the vacation rental industry is well-suited for temporary or contract workers, there is a dangerously thin line between what differentiates an independent contractor from an employee. The Department of Labor says that most independent contractors are actually employees, and they are on a mission to ensure that workers get the wages, benefits and protections to which they are entitled.

Why Do Employers Misclassify Workers?

While there is a strong upside to using independent contractors, there is also significant risk when it comes to misclassification. Be aware that if you are audited and have misclassified independent contractors then there are a number of potential pitfalls and expensive consequences coming your way — even outside of the DOL’s arena. Some of the areas you may be held liable for include:

It is important to understand that an investigation isn’t completely random and can occur based on any of the following:

What Should Business Owners Do Now?

Be proactive. Take time to compile a list of all the individuals you pay as individual contractors and for those whom you issue 1099’s to. For each individual on the list, you should review their working relationship and then evaluate the risk. In addition to your independent contractors, also review your outsourced vendors and examine each of these third-party relationships.

The best way to evaluate the risk for both independent contractors and third-party relationships is to review the working relationship based on the IRS Common Factor Test, the DOL’s Economic Reality Test and your state laws. Here are some key factors and information to get you started:

It is important to note that no single factor automatically makes the worker an employee or an independent contractor. The IRS 20-factor test is only a set of guidelines.

Department of Labor — Economic Reality Test (FLSA) uses seven factors to determine whether workers are employees. The focus here is whether or not the worker is economically dependent on the business they are working for or if they are in business for themselves. For example, can the worker make more profit or lose money depending on how they do the job? Are they in business for themselves? Can they document other employers?

State Laws — Beware. Some state laws may trump federal law in determining employee status. Many states (such as California) have laws that more specifically define an independent contractor status.

Once you have reviewed and considered the risks associated with the classification of independent contractors, you should review and modify your contracts and agreements as appropriate. If you decide to continue the relationship with your contractors, consider including indemnification language and other provisions to protect your company from liability. Don’t forget to review contracts with your third-party vendors in the event that a government audit determines the contractor’s workers are actually your employees.

The DOL’s misclassification initiative is real. Don’t wait for an audit or an investigator to show up on your doorstep before you take action. Takes steps now to properly classify your workers.

The Wage and Hour Division Resources for Workers