On The Road To Healthy Local Regulations for Short Term Rentals 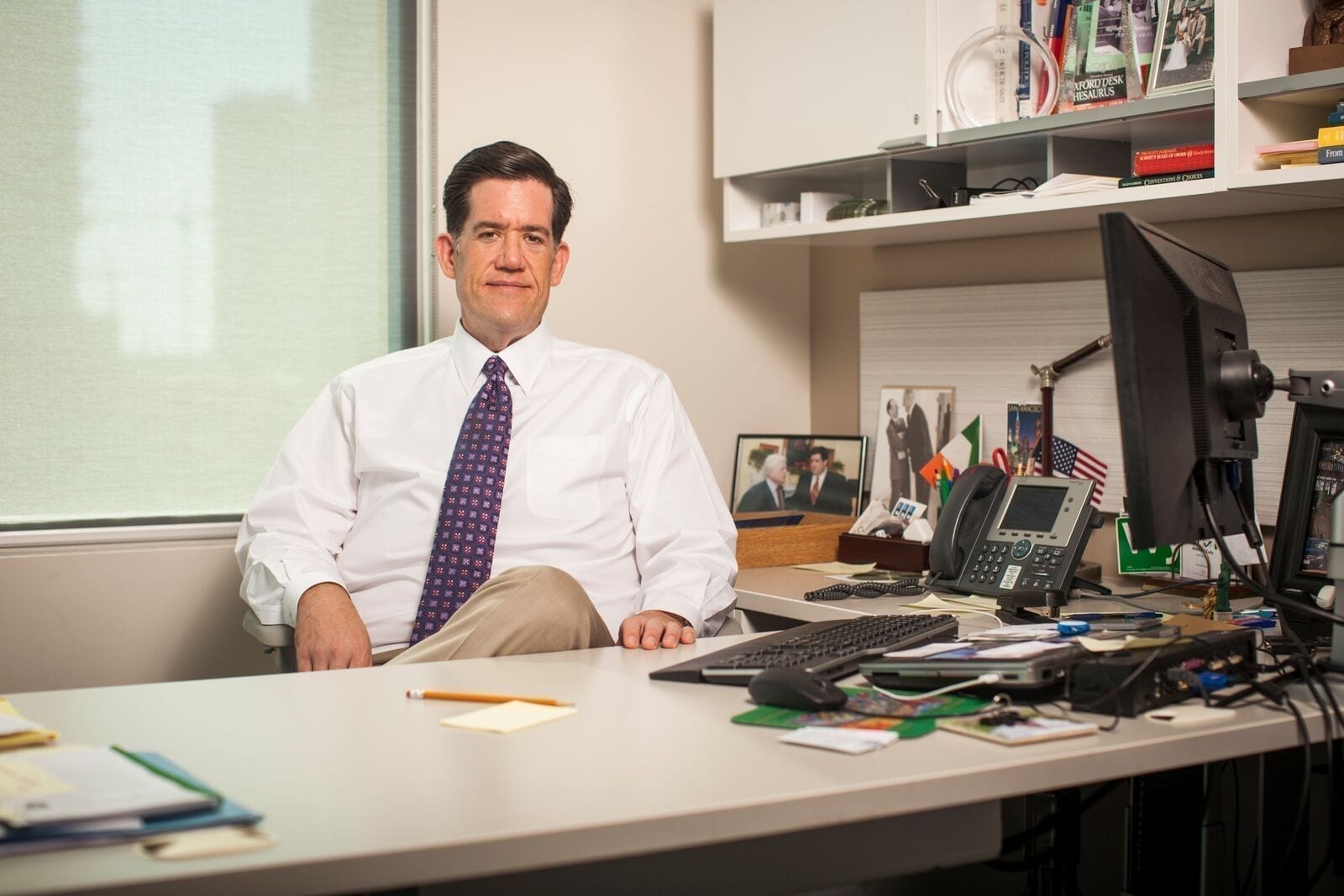 By Matt Curtis — I used to weigh over 500 pounds. While my struggle with my weight was more extreme than most, there wasn’t anything overly complex about it. I simply craved food. So much so, however, that for many years I allowed my health to take a backseat my near-constant desire to chow down.

But as much as I craved food, there was something I craved just as much – travel. I yearned to see new places and experience new things. Unfortunately, my weight made flying a miserable experience, so instead, I drove. And drove and drove and drove, all over the United States. 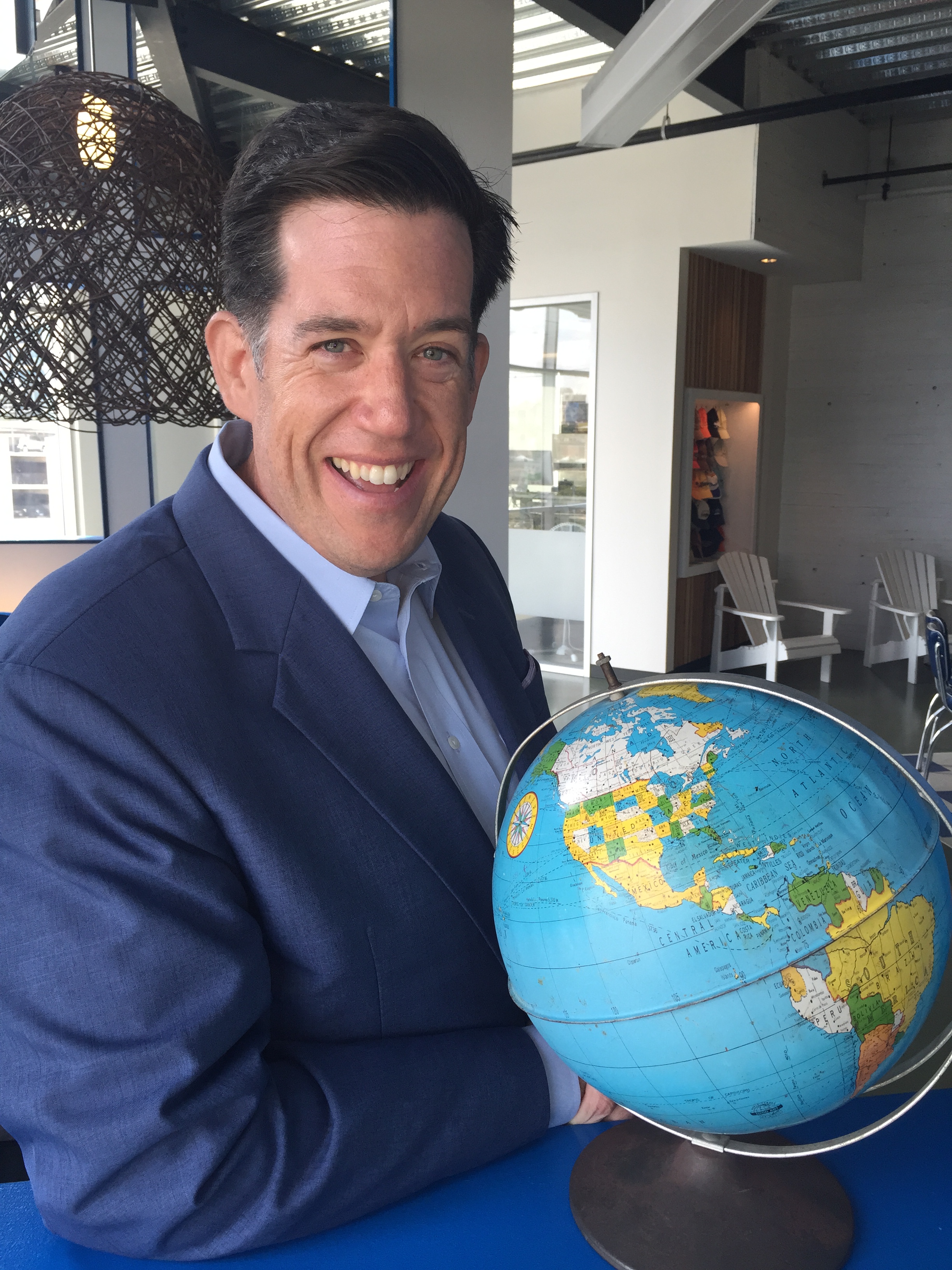 Probably because I spent so much time just getting where I was going, when I arrived I always found that I was less interested in the traditional tourist routine than in really immersing myself in the place.

One of my heroes was Charles Kurault, the legendary CBS newsman who spent decades traveling across the country meeting the people and hearing the stories that made every little town special. And the key to having that kind of experience – a personal, intimate experience of America – was always skipping the hotel and staying instead in a vacation rental.

Vacation rentals not only made me feel more plugged in to the place I was visiting – waking up every day in a real neighborhood rather than along a highway or beside a shopping mall – they also almost always connected me with a friendly, knowledgeable property manager or owner who could point me in the direction of the authentic local experiences I was after.

But at the time – nearly 20 years ago – just finding a vacation rental was almost impossible. The Internet was still in its infancy. Trying to figure out where to stay usually required extensive research, phone calls, and even (gasp) mail to track down leads. Reviews were non-existent, and feeling secure with my rental was a constant concern.

But even in those days, there was a clear feeling among homeowners, travelers and locals that vacation rentals were a very good thing – that the entire community profited, even if the full scope of the upside was largely unknown.  As one of my more colorful local managers said, it was all “just kinda loosey goosey.”

But VRBO, HomeAway and others changed all that. The Internet and companies like ours brought vacation rentals to the world, and soon people in Saskatchewan could easily see photos and reviews of available properties in the Blue Ridge Mountains and choose the best option.

Fast forward to today, and millions of vacation rentals around the world now list on sites like ours, meeting the increasing demand of families, couples and groups looking for a memorable travel experience.

But just as my ravenous appetite put my personal health at risk all those years ago, the rapid expansion of vacation rental regulations is now impacting the health of our industry.

The truth is that our industry is now literally under assault on what seems like a daily basis, by an onslaught of new regulations that can be so confusing, duplicative and even outright absurd as to suggest that the real goal is to drive vacation rentals underground entirely. Property managers and owners could be fairly forgiven for believing that the intent of some of the more onerous regulations has been to drive them completely insane.

Fortunately, hard data, common sense and the demand of the traveler are on our side.

Initially, government regulation of vacation rentals seemed to be an issue of concern in only a few cities, but those early episodes sometimes had such extreme outcomes – including outright bans – that they got a lot of attention.

Quickly, more cities began to pass more regulations. Some cities were focused on tax remittance, others were focused on specific nuisance concerns, and some were beginning to talk about significant restrictions or even full bans.

In 2014, Galveston, Texas was one of those communities on the brink of banning vacation rentals. My phone began ringing off the hook. The people I was hearing from in Galveston simply couldn’t understand why the city council would want to shut down an industry that, they believed, delivered so much economic benefit.

I’ve loved Galveston since I was a kid. My family used to vacation there, and later in life I had good friends from the island who told me about the challenges the city faced after big storms including Hurricane Ike in 2008.

I made the decision to get personally involved in the Galveston debate and do my best to help the managers and owners make their case to the city. Together we looked at comparable communities, like St. Joseph, Michigan, where we found that vacation rentals had a local economic impact of $22.2 million per year. We also looked at Myrtle Beach, North Carolina, finding that vacation rentals helped support over 2,500 jobs and had a local economic impact of a whopping $200 million per year.

The Galveston owners and managers thought their community was certainly somewhere in-between little St. Joseph and more sizeable Myrtle Beach. An economic impact study was commissioned, and the Galveston debate came to a sudden, screeching halt when the results were announced: Vacation rentals supported more than 3,100 jobs, and had a local economic impact of more than $283.6 million per year.

But the owners and managers in Galveston also went a step further, commissioning a survey of local registered voters. They found that over 70 percent of the community supported vacation rentals and believed that operators should be allowed to register and pay taxes.

In the end, that’s exactly what the city council in Galveston decided to do.

The story of Galveston is like the story of so many other communities around the United States. Time and time again, groups of property managers, owners and other supporters have been able to come together, create a local alliance and advocate effectively for fair regulations.

Around the world we have seen organized groups of stakeholders advocate for common sense vacation rental regulations. Over the past several years, I have worked with groups in Spain, France, Germany, Portugal, the United Kingdom, Australia, New Zealand and Dubai who have organized themselves into local alliances and have communicated with governments and found positive results.

Some of these groups have used national policy suggestions and others have used best practices, studies or surveys to educate local officials.

The U.S. Conference of Mayors also outlined the benefits for property owners, saying “short-term rental of homes can provide a flexible housing stock that allows family travelers spending longer periods of time in a community a safe accommodation while contributing to the local economy,” and “short-term rental of homes can provide homeowners an opportunity to hold property as an investment, for a better sales market, or for future planning”.

Another group, the American City-County Exchange has said: “Short-term rentals fall under residential activity. No additional laws or ordinances regarding neighborhood or nuisance issues are necessary. Policies should be developed through an open and transparent dialogue among policymakers, industry stakeholders, property owners and the public”.

Despite the regulatory challenges, the growth of the vacation rental industry remains robust and the demand is strong. Families and groups are traveling more often and for longer periods of time. Travelers know the great memories they create when they use vacation rentals, and they know the benefits. The experiences are life-changing.

Especially in urban areas, we hear about other types of experiences – for example, families who are traveling for medical stays or finding a respite from a home remodel, a divorce or another life-disrupting event. Various consultants and contract workers use urban vacation rentals, including employees of the film, music, digital media and technology industries. In Houston and other cities, we hear about oil industry workers, and in cities with nearby colleges we hear about academic professionals.

Obviously all of us involved in this industry want a healthy future for vacation rentals, and to get there I constantly encourage property managers and owners to gather supporters and organize a local alliance.  New regulations are continuing to move quickly across the country, and a patchwork of local rules in many states is causing confusion, lack of compliance and a lack of tax remittance. That’s not good for anyone.

I think it’s fair to say that the vacation rental industry is healthy today, but a healthy future demands fair and effective regulation.

And I’m healthy, too. I’ve lost almost half my weight, and now fly comfortably so don’t have to drive across the country (although sometimes I still channel my inner Charles Kurault and take to the road).

But wherever I go, you’ll still find me staying at vacation rentals, because it continues to be the best way to have a unique, authentic and memorable travel experience.

I’m also now married with a brand new baby girl. And I know that if our industry will simply work together to keep making our powerful case to regulators and other stakeholders, my daughter will one day be able to enjoy the same kinds of special travel experiences that we do today.

Matt Curtis serves as Senior Director, Global Government Affairs and Public Policy for HomeAway/Expedia. There he works with governments and industry around the world to create best practices and effective policies. He sits on the United States Conference of Mayors Business Council, the National League of Cities Corporate Council, the Sharing Economy Advisory, the Travel Technology Association board and serves on the Vacation Rental Managers Association board. Curtis understands that communities can achieve fair and effective policies through effective stakeholder engagement.

Revenge of the Property Manager
Booking.com: “Charging travelers is neither optimal for the customer, nor sustainable as a long-term business model.”