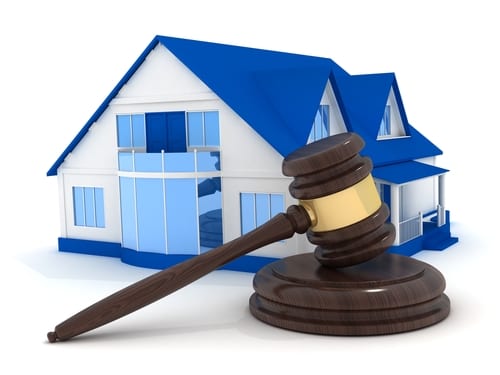 The vacation rental website HomeAway filed a pair of lawsuits against the city of Portland this week, opening a new round in its battle with the city over hotel taxes.

HomeAway, which helps match travelers with homeowners with rooms for rent, has been at loggerheads with the city for years over whether it should have to collect lodging taxes on behalf of its users.

The latest suits attempt to block the city from enforcing various parts of its ordinances against HomeAway, including the lodging tax collection.

The lawsuits argue Portland doesn’t have the authority to impose lodging taxes on the company and various regulations on the vacation rental industry.

“HomeAway has sought to open lines of communication with city officials,” the company said in a statement. “Unfortunately, those requests have gone largely unanswered. We welcome the opportunity to explore a policy solution that addresses the concerns of all stakeholders and is evenly applied to all platforms.”

The city sued the company for $2.5 million in 2015 over alleged violations of its vacation rental laws.  Portland legalized short-term rentals in private homes in 2014, requiring homeowners to undergo an inspection and secure a permit. A permanent resident must also live in the home at least nine months of the year.

The city also required sites that facilitate the rentals, like HomeAway, to start collecting the transient lodging taxes typically paid by traditional hotels. The city expected to collect $1.2 million a year, which the City Council agreed to put toward affordable housing.

The city in 2015 slapped HomeAway with a $326,500 fine for failing to collect the taxes. The city’s revenue bureau said it would continue to assess fines until the company complies by the city’s rules.

HomeAway argued at the time that it wasn’t like competitor Airbnb, which handles all payments for its users and is therefore in a better position to collect the lodging taxes. HomeAway said many of its users don’t accept online payments, and those that do use HomeAway Payments, which HomeAway described as a separate company.

The city then sued HomeAway for $2.5 million, but its case highlighted some shortcomings in its code, including various references that didn’t appear to address intermediary websites. The lawsuit was initially dismissed, but an amended complaint is still pending.

The Portland City Council passed various revisions to its code in December to address those shortcomings. Those revisions went into effect Friday, prompting HomeAway’s latest lawsuits.

The lawsuit filed Thursday in Multnomah County Circuit Court argues that Portland doesn’t have the authority under its charter or state law to levy lodging taxes against HomeAway.

Another lawsuit filed Friday in U.S. Circuit Court in Portland argues the city’s requirements to register the names and addresses of individuals posting their homes for rental prohibits free speech and commerce online. It also said the city’s ordinance violated its customers’ rights because it doesn’t give “affected customer the opportunity to obtain review by a neutral decision maker.”

HomeAway is a subsidiary of the travel company Expedia, which is based in Bellevue, Washington. It also owns the vacation rental website VRBO, which has also faced fines from the city.