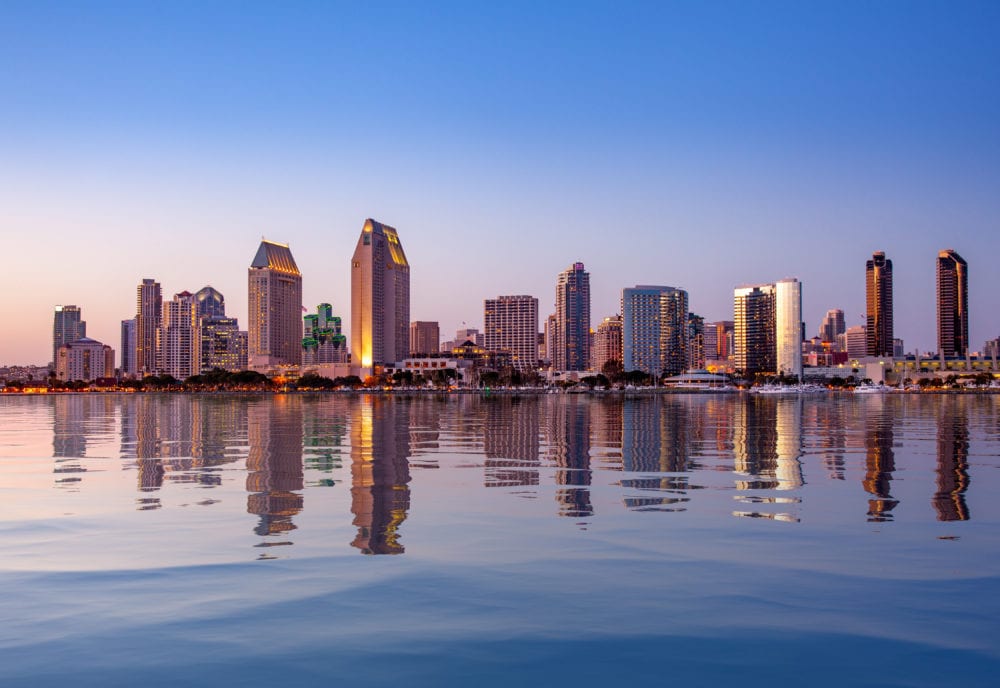 “The goal of this referendum is to remove the ban and start from the beginning either with crafting a new, fair, balanced ordinance or possibly taking this to the ballot,” Jonah Mechanic of SeaBreeze Vacation Rentals and Share San Diego told NBC7.

In a 6-3 vote in July confirmed in the bill’s second reading on August 1, the San Diego city council approved short-term rental regulations allowing a host to be issued one short-term residential occupancy license for the host’s primary residence and one additional license for an accessory dwelling unit on the same lot as the primary residence. Second-home vacation rentals are effectively banned.

The referendum must collect valid signatures from 35,823 (5 percent) of the city’s registered voters within the next 30 days in order for the city council to withdraw the regulations and/or put the issue on the 2020 ballot. (The ballot deadline for the November 2018 election is this Friday.)

Short-term rental owners, managers, and travelers “have helped build and sustain San Diego’s robust travel and tourism economy—accounting for $482 million in economic activity for the city each year and supporting tens of thousands of local jobs,” said Philip Minardi, director of policy communications with HomeAway, in a conference call with the press yesterday. “We believe that’s worth protecting. We believe that is worth fighting for.”

“While clearly disappointed by the San Diego City Council’s actions to ban traditional vacation homes, VRMA is encouraged that our members and other community stakeholders are engaging in the referendum effort,” said Greg Holcomb, government relations manager for the Vacation Rental Management Association. “VRMA is hopeful that a referendum will allow voters to choose a path that understands the vacation rental industry and the incredibly valuable role it plays in supporting San Diego’s economy.” VRMA does not directly engage in activities like referendums.

Airbnb is backing the referendum effort with a $100,000 contribution through its Committee to Expand the Middle Class political action committee.

Maurice Maio, the owner of San Diego Beach King Vacation Rentals and several of his own vacation rental homes in Mission Beach, was on board with many of the good neighbor policies, licensing and tax requirements in the bill draft. He was shocked when the exclusion of Mission Beach from the license cap was suddenly removed and the bill passed by the city council in July. He was outraged, he said. “Ninety-five percent of homes in Mission Beach will not qualify.”

Maio also pointed to a cascade of other negative effects that could result if the regulations remained as is. Comic-Con International: San Diego (commonly called San Diego Comic-Con), the city’s largest conference, could leave after its contract ends in 2021 because of a lack of hotel rooms and affordable room rates in the area. Held in the city since it was founded in 1970, the three-day event drew more than 130,000 attendees and generated $140 million in economic impact in 2017 alone.

Maio also noted recent reports from real estate agents and homeowners about pending sales coming to a halt after the regulations were approved. “This is starting to destroy the fabric of real estate in San Diego,” he said, “and could result in an all-out fire sale.”

Maio is confident the referendum will achieve its goals of overturning the regulations and San Diego voters would support short-term rentals on the 2020 ballot. Still, he stressed the long fight ahead and urged short-term rental supporters to participate in the effort by joining and donating to Share San Diego. “Right now, it’s all about money,” he said. “The hotel lobby will be fighting with everything they got,” he said. “This has to be an attack on all fronts.”