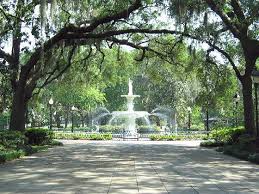 The Metropolitan Planning Commission postponed a recommendation on whether to establish a definition for short-term residential rentals in the city’s zoning ordinance, a change necessitated by the growing popularity of online vacation rental websites such as Airbnb and VRBO.

By JULIA RITCHEY, Courtesy of SavannahNow.com

The MPC board was presented Tuesday with the final language of the amendment, including districts where the use would be permitted, conditions of use and parking requirements. Yet many members said they were unclear on what was being proposed and asked for more time to think it over.

“I think this is a very good start, I just think it needs more time,” said board member Adam Ragsdale.

The board voted 6-2 to continue the item to their next regular meeting on Aug. 26.

Presently, the rental of a house for transient guests, i.e. those staying less than 30 days, is not identified in the city’s code. The city had been regulating the use as an “inn,” but only in districts where inns were approved.

Last fall, city staff identified nearly 300 short-term rentals by searching online, some of which were operating without a business tax certificate and others of which were in residential neighborhoods. After a citywide crackdown to bring those units into compliance, the city, with the input of residents and vacation rental owners, began crafting an ordinance earlier this year.

Out of those meetings came a zoning ordinance and a separate certificate process to address issues such as life and safety, taxes and violations, though the latter portion will be addressed by City Council at a later date.

The zoning amendment proposed Tuesday included stipulations such as no more than two adults per bedroom and a requirement that the property owners maintain the residential appearance of the rental.

The parking requirements would be similar to those for residential dwellings, with the exception of rentals with four or more bedrooms — those will require additional off-street parking.

Public comment was split down the middle, with four people speaking in favor of the amendment and four people against.

Bill Durrence said nearly half the houses near his residence on Washington Square were vacation rentals and that parking had become a real problem. He said the ordinance should address the number of these units allowed in a neighborhood.

“One or two inns in a neighborhood is one thing, but every house on a block with this type of use is a very different type of impact,” said Durrence. “I’m not suggesting eliminating this type of use but putting on density requirements.”

Savannah resident Susan Trimble also warned of potential oversaturation of vacation rentals and said she would like a similar condition added.

“I think it’s a wonderful thing for Savannah to provide alternative housing to visitors,” she said. “But the danger is when there are more (vacation rentals) than there are actual residents.”

Corey Jones, owner of Lucky Savannah Vacation Rentals, spoke in favor of the amendment, stating he felt it would create a more level playing field for all involved in the industry.

“Do I think it’s perfect? No. But I do think it’s a great starting point … and addresses the concerns of some of the primary residents who live in these areas,” said Jones. “It’s something that all sides can live with if they have the best intentions of the community as a whole.”

“I think this is a good step, but we have to be very careful not to throw the baby out with the bath water,” said Turner. “These units needs to be registered, they need to pay taxes, but we need to be very, very careful about use restrictions.”

Under the proposed ordinance, short-term rentals will be allowed wherever inns are currently allowed, as well as three additional mixed-use districts. They will still be forbidden in predominantly residential neighborhoods such as Ardsley Park.

City Manager Stephanie Cutter, a voting member on the board, encouraged members to vote on the ordinance as written, though to little effect.

“Let me remind the commission, this has been vetted by the city attorney’s office, this has gone out to the public, and I think we all realize this is a beginning and will be continually revised,” said Cutter. “It’s not a can we can continue to kick down the road, we have to address the issue.”