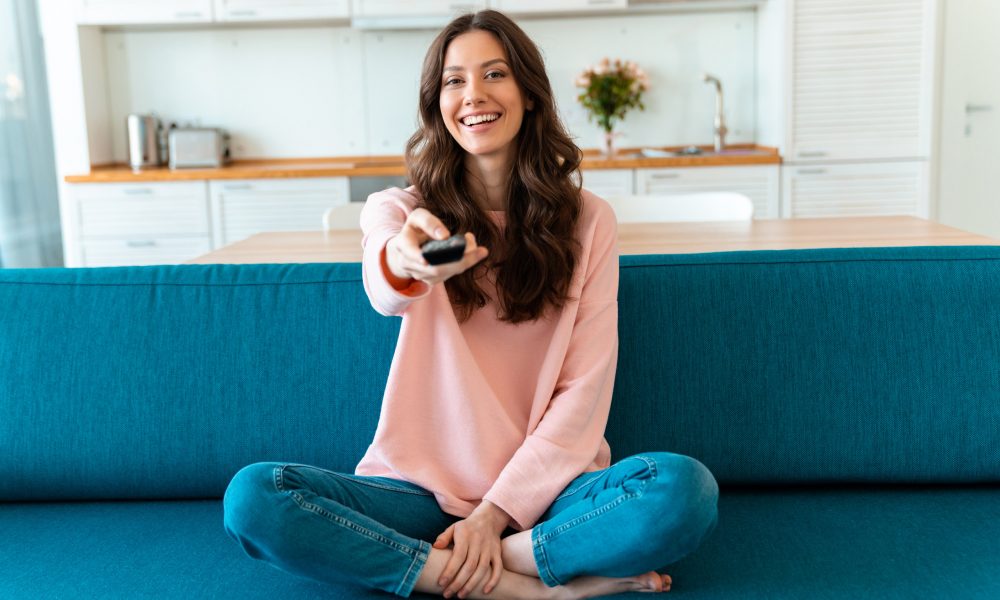 How can something so small be so infuriating? No, we’re not talking about mosquitos. At least you can kill those.

Remote controls are the ultimate frenemy of the vacation rental manager. Not unlike mosquitos, they continue to multiply, controlling not just televisions and cable boxes, but spa heaters, ceiling fans, air conditioners, garage doors, and even window shutters.

“Why can’t we just have one gigantic remote that controls everything?” lamented Katie Bien, director of business at Chattanooga Vacation Rentals.

“I almost get anxiety,” said Stephanie Coughlin, broker at SMS Realty Group who manages 20 vacation rentals in the Las Vegas area and takes calls personally from guests. “I may not know how to resolve this problem, and I can’t just call my handyman because he’s not tech-savvy either.”

Labels on the remotes? Check

Laminated sheets with arrows showing which buttons to push? Check

Went over it in person with the guest at check-in? Check

“’I can’t get the TV to work!’” exclaims Gail Boisclair, mimicking the typical guest phone call. Gail is the owner of Perfectly Paris and has managed properties in France for 20 years. “‘Is it on the right source?’ I ask. It’s almost always related to the source button. ‘Well, I didn’t change the source!’ the guest will say. ‘Maybe you accidentally hit the button? Maybe a child playing with the remote control accidentally hit the button?’ Let’s blame it on somebody else. Because it’s almost always related to the source button.”

Several managers said Roku remotes are a particular horror because they are so small and also slippery. Guests often end up inadvertently putting one in their suitcase. Or, they get “eaten up” in the depths of a sofa. Bien said that when she found herself ordering a new Roku remote each week, she turned to housekeeping to help solve the problem.

“I asked housekeeping to tip over the sofa,” Bien said. “Four Roku remotes came out! I knew they were in there, but we just couldn’t get to them!”

Now, Bien has ordered a clever cover for all Chattanooga Vacation Rentals’ Roku remotes. They’re not just colorful and silicone (making them less slippery), but they also glow in the dark and have a long “tail” attached. This inexpensive solution has helped keep the remotes in plain sight—and out of couches and suitcases. 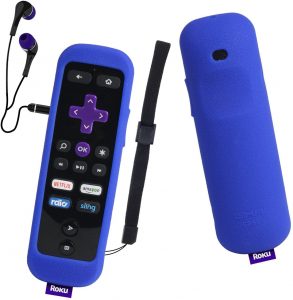 Managers can find similar covers for Apple TV remotes, which are even smaller and slipperier than Roku remotes and, as Al Thompson points out, cost $50 to replace.

“They are very tiny and very sensitive, and if you’ve never used one before, well, it could be a nightmare for someone over 70,” said Thompson, who manages a handful of his own rentals in New York City. “They are pretty slick. A little too slick.”

Thompson has the interesting perspective of being on the other side of the remote control battle because in addition to managing his properties, he spends several months a year living in vacation rentals. He estimates he’s stayed in at least a dozen in the past two years. He said he tried to be a good guest at one property and replace the batteries for a spa remote because the remote was not working.

“I took it to Home Depot because I didn’t know what battery it used,” Thompson said. “So the guy uses a tool to open it and everything was corroded. It was still wet inside—someone had dropped it in the pool or spa. Come to find out those spa remotes run $200 bucks. How do you create a spa remote that isn’t waterproof?”

Coughlin confirmed firsthand experience with the wet spa remote trauma, so she’s started mounting these remotes, and others such as fan remotes, on the wall. She has found that wall-mounted remotes have solved many of her woes. However, she still does not have a solution for the sports bar TV setup one of her owners created in his vacation rental.

“There are four TVs mounted on the wall,” she explained. “One of the TVs has cable, and the other three just have Roku. We have four different remotes . . . It was a cool idea, but the execution is not so easy. Needless to say, we don’t have multiple TVs on one wall at any of our other houses.”

Coughlin also added that they’ve stopped providing garage remotes to guests because too many of them ended up being returned with the guests’ rental cars. Putting a sticker on the back of the garage remote with a phone number may help locate the remote with a rental car company after the guest has checked out, managers said.

Another pain point is the mysterious loss of the small plastic panel that covers the batteries on the back of the remote. This issue also results in having to purchase a replacement remote. Two managers mentioned wrapping remotes in fresh plastic for each guest to avoid losing that part and in hopes of keeping the remotes clean. It also prevents guests from removing the batteries to use in another device and never replacing them.

Apparently some homeowners have even attempted to remove remotes altogether, which is not a very convenient solution, according to Thompson. He stayed at a property where he had to ask the host to turn on the spa remotely when he wanted to use it, which became rather inconvenient.

“You’re up late with your lady, you’ve got a bottle of Prosecco, and you say ‘Hey, let’s go in the hot tub!’” Thompson said. “But you feel bad, and you don’t want to bother them. ‘Sorry for waking you, but can you turn the spa on please?’”

And while one might imagine remotes are a problem money can solve, it turns out even luxury rentals suffer from the same dilemmas. Laik LePera, director of operations for Village Realty in North Carolina, which manages more than 650 vacation rental properties, said that problems only escalate with fancy home theaters and integrated sound systems. He had a tech-savvy maintenance staff member overhaul the setup in one property, but he also had to get the owner’s approval to spend approximately $1,200 to do so.

“We concentrate on trying to simplify [the theater systems],” he said. “We provide instructions, and that brings the calls down a little. Does it solve it completely? No. But when we reduce remotes, we have reduced options.”

At the end of the day, Coughlin may have found the easiest overall solution: Rent to families.

“I never have questions about remote controls or Wi-Fi when the guests have kids with them,” she said. “I think the kids figure it out and show the adults how to work it.”