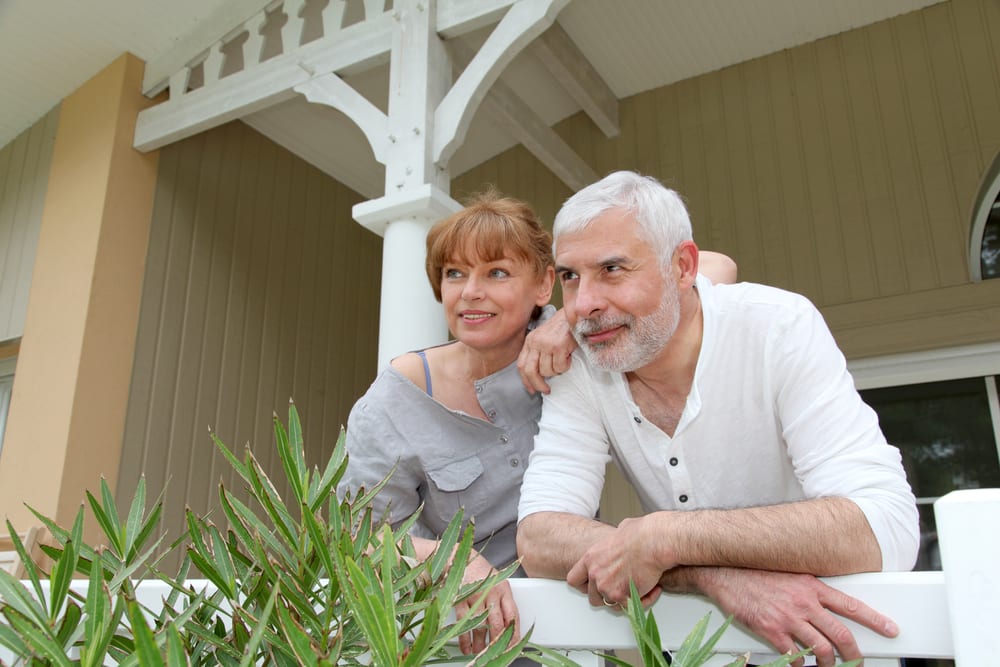 Today, the VRMA is launching its Eastern Seminar in Orlando, FL with a general session about government regulation of vacation rentals and the pending legislation in the state of Florida. The recent increase in proposed legislation, in Florida and around the U.S., attempting to restrict the ability for a homeowner to rent his home as a vacation rental is centered around the issue of basic property rights for Americans and the government’s ability to dictate use.

“One of the most fundamental requirements of a capitalist economic system—and one of the most misunderstood concepts—is a strong system of property rights. For decades social critics in the United States and throughout the Western world have complained that “property” rights too often take precedence over “human” rights, with the result that people are treated unequally and have unequal opportunities. Inequality exists in any society. But the purported conflict between property rights and human rights is a mirage. Property rights are human rights.”–Property Rights, Library of Economics and Liberty, by Armen A. Alchian

Armen Alchian, who is a member of the majority of economists who have determined that the economy improves when property rights are guaranteed and published multiple studies about the positive economic impact of an environment which supports property rights, points out that – although resolving the protection of property rights is complex – it must be done in a way which ensures the property owner’s undisputed freedom to have exclusive use to his property and the ability to use his property has a resource.

Finally, a private property right includes the right to delegate, rent, or sell any portion of the rights by exchange or gift at whatever price the owner determines (provided someone is willing to pay that price). If I am not allowed to buy some rights from you and you therefore are not allowed to sell rights to me, private property rights are reduced. Thus, the three basic elements of private property are (1) exclusivity of rights to choose the use of a resource, (2) exclusivity of rights to the services of a resource, and (3) rights to exchange the resource at mutually agreeable terms.

The U.S. Supreme Court has vacillated about this third aspect of property rights. But no matter what words the justices use to rationalize such decisions, the fact is that such limitations as price controls and restrictions on the right to sell at mutually agreeable terms are reductions of private property rights. Many economists (myself included) believe that most such restrictions on property rights are detrimental to society. Here are some of the reasons why.

Under a private property system the market values of property reflect the preferences and demands of the rest of society. No matter who the owner is, the use of the resource is influenced by what the rest of the public thinks is the most valuable use. The reason is that an owner who chooses some other use must forsake that highest-valued use—and the price others would pay him for the resource or for the use of it. This creates an interesting paradox: although property is called “private,” private decisions are based on public, or social, evaluation.

The extent and degree of private property rights fundamentally affect the ways people compete for control of resources. With more complete private property rights, market exchange values become more influential. The personal status and personal attributes of people competing for a resource matter less because their influence can be offset by adjusting the price. In other words, more complete property rights make discrimination more costly. Consider the case of a black woman who wants to rent an apartment from a white landlord. She is better able to do so when the landlord has the right to set the rent at whatever level he wants. Even if the landlord would prefer a white tenant, the black woman can offset her disadvantage by offering a higher rent. A landlord who takes the white tenant at a lower rent anyway pays for discriminating.

But if the government imposes rent controls that keep the rent below the free-market level, the price the landlord pays to discriminate falls, possibly to zero. The rent control does not magically reduce the demand for apartments. Instead, it reduces every potential tenant’s ability to compete by offering more money. The landlord, now unable to receive the full money price, will discriminate in favor of tenants whose personal characteristics—such as age, sex, ethnicity, and religion—he favors. Now the black woman seeking an apartment cannot offset the disadvantage of her skin color by offering to pay a higher rent.

Competition for apartments is not eliminated by rent controls. What changes is the “coinage” of competition. The restriction on private property rights reduces competition based on monetary exchanges for goods and services and increases competition based on personal characteristics. More generally, weakening private property rights increases the role of personal characteristics in inducing sellers to discriminate among competing buyers and buyers to discriminate among sellers.

The two extremes in weakened private property rights are socialism and “commonly owned” resources. Under socialism, government agents—those whom the government assigns—exercise control over resources. The rights of these agents to make decisions about the property they control are highly restricted. People who think they can put the resources to more valuable uses cannot do so by purchasing the rights because the rights are not for sale at any price. Because socialist managers do not gain when the values of the resources they manage increase, and do not lose when the values fall, they have little incentive to heed changes in market-revealed values. The uses of resources are therefore more influenced by the personal characteristics and features of the officials who control them. Consider the socialist manager of a collective farm under the old Soviet communist system. By working every night for one week, he could have made, say, one million rubles of additional profit for the farm by arranging to transport the farm’s wheat to Moscow before it rotted. But because neither the manager nor those who worked on the farm were entitled to keep even a portion of this additional profit, the manager was more likely than the manager of a capitalist farm to go home early and let the crops rot.

Similarly, common ownership of resources—whether in the former Soviet Union or in the United States—gives no one a strong incentive to preserve the resource. A fishery that no one owns, for example, will be overfished. The reason is that a fisherman who throws back small fish to wait until they grow is unlikely to get any benefit from his waiting. Instead, some other fisherman will catch the fish. The same holds true for other common resources whether they be herds of buffalo, oil in the ground, or clean air. All will be overused.

Indeed, a main reason for the spectacular failure of the 1980s and early 1990s economic reforms in the former Soviet Union is that resources were shifted from ownership by government to de facto common ownership. How? By making the Soviet government’s revenues de facto into a common resource. Harvard economist Jeffrey Sachs, who advised the Soviet government, once pointed out that when Soviet managers of socialist enterprises were allowed to open their own businesses but still were left as managers of the government’s businesses, they siphoned out the profits of the government’s business into their private corporations. Thousands of managers doing this caused a large budget deficit for the Soviet government. In this case the resource that no manager had an incentive to conserve was the Soviet government’s revenues. Similarly, improperly set premiums for U.S. deposit insurance gave banks and S&Ls (see savings and loan crisis) an incentive to make excessively risky loans and to treat the deposit insurance fund as a “common” resource.

Private property rights to a resource need not be held by a single person. They can be shared, with each person sharing in a specified fraction of the market value while decisions about uses are made in whatever process the sharing group deems desirable. A major example of such shared property rights is the corporation. In a limited liability corporation, shares are specified and the rights to decide how to use the corporation’s resources are delegated to its management. Each shareholder has the unrestrained right to sell his or her share. Limited liability insulates each shareholder’s wealth from the liabilities of other shareholders, and thereby facilitates anonymous sale and purchase of shares.

In other types of enterprises, especially where each member’s wealth will become uniquely dependent on each other member’s behavior, property rights in the group endeavor are usually salable only if existing members approve of the buyer. This is typical for what are often called joint ventures, “mutuals,” and partnerships.

While more complete property rights are preferable to less complete rights, any system of property rights entails considerable complexity and many issues that are difficult to resolve. If I operate a factory that emits smoke, foul smells, or airborne acids over your land, am I using your land without your permission? This is difficult to answer.

The cost of establishing private property rights—so that I could pay you a mutually agreeable price to pollute your air—may be too high. Air, underground water, and electromagnetic radiation, for example, are expensive to monitor and control. Therefore, a person does not effectively have enforceable private property rights to the quality and condition of some parcel of air. The inability to cost-effectively monitor and police uses of your resources means “your” property rights over “your” land are not as extensive and strong as they are over some other resources such as furniture, shoes, or automobiles. When private property rights are unavailable or too costly to establish and enforce, substitute means of control are sought. Government authority, expressed by government agents, is one very common such means. Hence the creation of environmental laws.

Depending on circumstances, certain actions may be considered invasions of privacy, trespass, or torts. If I seek refuge and safety for my boat at your dock during a sudden severe storm on a lake, have I invaded “your” property rights, or do your rights not include the right to prevent that use? The complexities and varieties of circumstances render impossible a bright-line definition of a person’s set of property rights with respect to resources.

Similarly, the set of resources over which property rights may be held is not well defined and demarcated. Ideas, melodies, and procedures, for example, are almost costless to replicate explicitly (near-zero cost of production) and implicitly (no forsaken other uses of the inputs). As a result, they typically are not protected as private property except for a fixed term of years under a patent or copyright.

Private property rights are not absolute. The rule against the “dead hand,” or perpetuities, is an example. I cannot specify how resources that I own will be used in the indefinitely distant future. Under our legal system, I can specify the use only for a limited number of years after my death or the deaths of currently living people. I cannot insulate a resource’s use from the influence of market values of all future generations. Society recognizes market prices as measures of the relative desirability of resource uses. Only to the extent that rights are salable are those values most fully revealed.

Accompanying and conflicting with the desire to secure private property rights for oneself is the desire to acquire more wealth by “taking” from others. This is done by military conquest and by forcible reallocation of rights to resources (also known as stealing). But such coercion is antithetical to—rather than characteristic of—a system of private property rights. Forcible reallocation means that the existing rights have not been adequately protected.