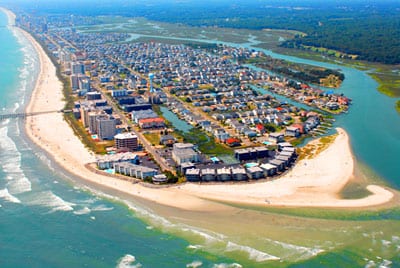 A new study shows weekly vacation rentals on the Grand Strand are down compared to the same time last year. The Coastal Carolina University Clay Brittain Jr. Center for Resort and Tourism analyzed occupancy rates over a six week period.

According to Brittain Center Director Dr. Taylor Damonte, the group took a voluntary sample of hotels, condos and campgrounds along the Grand Strand and found the nightly occupancy rate was down 3.6%, but up during 10.9% during the weekend.

Results also show the number weekly vacation rentals are 37% less than last year. Damonte said Tropical storm Ana could be the reason why.

“Named storms do tend to have an impact on occupancy,” he said.

“When Easter is earlier in Myrtle Beach, it tends to be less crowded,” stated Swaim.

Vacation homes also primarily rent to families, according to Swaim.

“We’re busy when kids are out of school,” he said.

Damonte said the numbers indicate a trend in tourism. Instead of staying a full week, he said visitors will stay a few days or over the weekend. Swaim said hotels and condos often have an advantage over rentals in the off season.

“Hotels have a lot more flexibility as far as offering two and three night stays on a weekend,” said Swaim.