John Dalton: Wherever the Economy Is Headed, Tourism Will Lead It There 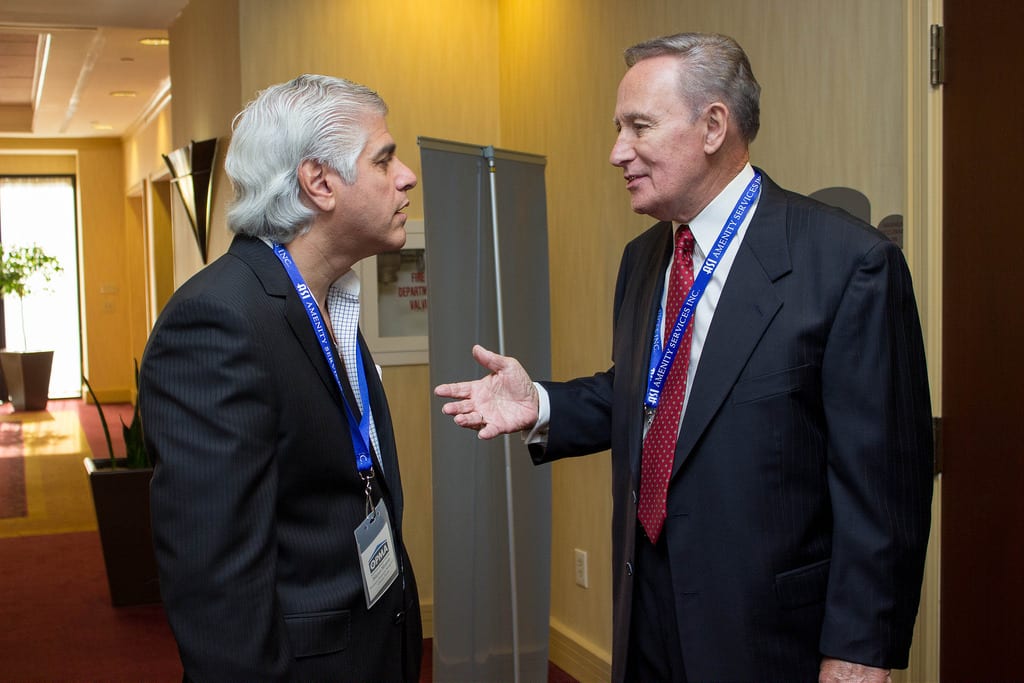 John Dalton: Wherever the Economy Is Headed, Tourism Will Lead It There
John Dalton, CMO, Onsite Property Management Association

How’s that for an opener? Here we are working in an industry that always seems to be leading the economy, and hardly anyone knows it. I wonder how many politicians understand that tourism is the number one industry in the world, and that they should be supporting it every day. Here are a few worldwide facts that tell the story of how our industry is leading the way to a better economy.

The tax rate on the average airline ticket is 21.1 percent. This year the airlines are forecasting more than 730 million people will board aircraft in the United States. The driving market has the privilege of being “double taxed.” First, the federal government taxes gasoline at the rate of 19.4 cents per gallon. Second, the states add their gasoline tax, ranging from 12.2 cents per gallon in Alaska to 58.2 cents in Pennsylvania.

Almost every purchase travelers make is subject to a state sales tax, and the lodging tax fluctuates from state to state.

For vacationing folks, lodging taxes far exceed transportation taxes. It’s almost impossible to calculate what the total per-person tax dollar amount is for tourists. With all that revenue, it boggles the mind why government employees are not adequately staffed to serve travelers.

The next time you arrive at the airport, you might ask yourself why the lines are so long and the wait times are often unacceptable to clear security. Do you think politicians are allocating some of that 21.1 percent tax from your ticket to other industries? Are the elected officials in your state appropriating travel tax dollars to support their agendas?

Millions of dollars of local and county vacation rental (VR) taxes are not being collected due to lack of personnel and technical capabilities. Many vacation destinations do not have the manpower to even identify those renting without a license. It’s unfair to the local communities for federal and state representatives not to increase the budgets. The collection of taxes is vital to enhance the infrastructure of vacation destinations. In addition, it is unfair to taxpayers for rogues to be earning rental dollars yet avoiding paying taxes. It goes beyond the occupancy tax. One also wonders if these individuals are claiming the income on their federal income tax filings.

In January 2014, the Onsite Property Management Association (OPMA) Board of Directors voted to go on record challenging the proliferation of businesses and individuals that harm legal short-term rentals. They urged professional short-term rental partners to join them and lend their voices in support of eliminating these unprofessional and illegal activities within the hospitality industry. To date, few have joined the fight. Today, many politicians still do not understand the negative impact this has on our sector.

Does it sound like I am about to take the politicians to task for not supporting the visitors who support our destinations and the businesses that serve them? Oh yeah!

Decades ago, while working at AAA headquarters, I learned that the federal gasoline tax was voted into law to maintain the highways and bridges throughout the country. At that time, I was astonished to learn that only 75 percent was appropriated for that purpose, and 25 percent was earmarked for other programs. It seems today Washington is selling us a new infrastructure program to finally update the highways and bridges. The only problem is that now only 60 percent of the gasoline tax dollars are being applied for this long awaited endeavor and 40 percent is quietly being moved elsewhere by our elected officials.

We all know the story of the Florida legislation attempting to eliminate Visit Florida, the major marketing arm attracting people to the state. When it was announced, the people who have devoted their lives to our industry descended upon Tallahassee. The governor supported their cause to maintain Visit Florida and not reduce its funding. The politicians felt the pressure and introduced a revised bill leaving Visit Florida in place but cutting the budget to $25 million. The governor sent his message that he agreed that the marketing arm needed reorganization but that he would veto the bill if the funding was not reduced from the previous year.

Despite the opposition, the House and Senate proceeded to vote. The House vote was 98–14, and the Senate voted 34–4 to reduce the funding. Collectively, the vote was 132–18.

88 percent of the elected state officials voted against tourism. They individually knew the consequences of their vote would be devastating to the state. The tax revenues would plunge, untold residents would lose jobs, and homeowners would soon be paying higher property taxes.

When all was said and done, the governor passed it off as “politicians just being politicians.” If that’s the case, then I have yet another reason to be sure we rid ourselves of politicians who are against tourism, wherever they are. All 132 of those voting against our industry, regardless of their reasoning, deserve to be sent back to public life on Election Day. They have no place in government.

Do they have the ability to understand that marketing Florida without tourism is like marketing a picnic without food? Did they believe the private sector would increase its marketing dollars to replace the void left by Visit Florida? Or did they buy into the Field of Dreams movie? You know, the “Build it and they will come” theory.

Did they believe that Florida (the field) was built and visitors would come without the state funding the marketing? Well, Kevin Costner built the field, and they came. But what everyone seems to miss is that the visitors who went to Iowa did not go to see the field. They went to be entertained by the great array of baseball talent who had passed away.

It’s not the soil of Florida that attracts a record number of visitors each year. It’s the talent of the people who have invested their lives to help visitors create lifelong vacation memories for those willing to spend their hard-earned dollars in these communities. It is the commitment of dedicated individuals to produce innovative products and services to bring visitors back again and again. It is a combination of all the stakeholders in VR communities working together.

It’s Time to Vote Them Out of Office

This is true of every VR market in the United States. In recent years politicians have done little to support the success of the tourism industry. The gang of 132 anti-tourism representatives is not alone. There are thousands of them across the country, and it’s our duty to rid ourselves of the people who believe they can regulate our industry. All they can do is get in the way of our progress to continue to lead the economy to prosperity by voting against what is good for tourism.

We require political leadership who will leave the local legislation in the hands of the communities and not at the state level. We need astute politicians committed to providing local communities with additional funding and manpower to create their own vacation-friendly ordinances, to enable them to identify the rogue organizations and individuals giving the VR sector a bad name and extinguish their parasitic behavior, and, of course, collect 100 percent of the taxes so they can allocate those taxes directly back into the local vacation rental infrastructure. Let’s end this diversion of funding by the states and federal government that serves their personal political agendas.

Imagine if we had the majority of politicians at all levels of government, understanding the importance of our industry? Imagine how they could deliver their campaign messages:

“I am running to support tourism; this industry creates more jobs than any other and is second in consumer spending only to food. Business travelers meet with customers to sell and service them face-to-face to successfully grow their businesses. Vacationers return home with memories that will last for generations. People travel to other countries to understand one another, forge friendships, and live in a more peaceful world. I need your vote to join the new breed of political leaders who understand: Wherever the economy is headed, tourism will lead it there.”

Come Election Day, let’s vote for them and send the incumbents opposed to our way of life out of the political world. Perhaps they might even travel and begin selecting VR companies for their vacations. They might even wind up at yours, looking for a deal. Just be sure to charge them the rack rate.

John Dalton is currently the chief marketing strategist at OPMA. He was with TWA for ten years and worked at AAA headquarters before starting his own company. He is an industry consultant and conference speaker and has worked with most of the major hotels, cruise lines, tour operators, car rental firms, and numerous travel agencies.