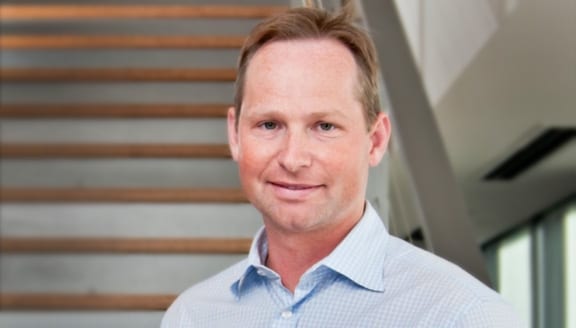 Despite an active hurricane season, strong third quarter performance by HomeAway provided Expedia with much needed positive talking points during today’s earnings call, as newly appointed CEO Mark Okerstrom announced that the company’s revenue of $2.97B (+15.1% Y/Y) missed by $10M, resulting in a 16% drop in stock price during after hours trading.

The highlights from HomeAway include:

“Q3 marked another solid quarter of execution by the team as they continued to drive their transformation from a subscription business to a true online eCommerce business,” said Okerstrom. “For Q3, transactional revenue exceeded 75% of HomeAway’s total revenue for the first time ever. Conversion rates at HomeAway continue to steadily climb as they ramp up test and learn velocity on traveler facing experiences and introduce new features making it easier and more attractive for travelers, property owners, and managers to transact on the HomeAway platform.”

CFO Alan Pickerill added, “HomeAway gross bookings grew 44% while revenue grew 45% to $305 million. Stayed property night growth came in at 36% and would have been higher absent the hurricanes. Third quarter transactional revenue grew by 116% and peaked for the year at $236 million.”

“Given solid progress at HomeAway, we plan to lean even more heavily than anticipated earlier this year into paid marketing channels, a trend we expect to continue through 2018,” said Okerstrom.

“For HomeAway, for example, they by the end of this year, we’ll be in a position where they have a true technology-driven performance, marketing platform in place. And with the increase in online bookable properties, they’ve got now up to 1.5 million [listings], with 1/3 of those now being instantly bookable with the platform in place. They’re just going to be in a better position to actually execute on performance marketing, make sure they’ve got coverage and actually track the results than they’ve ever been, and so that will enable them to step it up.”

“Listen, I think certainly HomeAway’s aspiration would be to accelerate online bookings. But remember that the historic portion of HomeAway’s bookings that came from performance marketing channels was pretty darn small and actually a lot of it comes direct. You know, a lot of it comes through other branded sources, you know, SEO is a source, and that’s been challenged, you know, across the whole industry. So the question is does the performance marketing, does that become big enough to move the overall number up or not. And we don’t really know the answer to that. I mean, what we do believe obviously is that the performance marketing based bookings are going to grow very quickly and will probably accelerate. But whether or not that can move the whole number, it’s hard to say at this point.”

Deutsche Bank’s Lloyd Walmsley asked the team, “Can you kind of give us a sense for whether the fees that we’ve been seeing on the customer side of late are going to continue at these elevated levels into 2018, or if these are perhaps just tests?”

Okerstrom replied, “It’s hard to say with any precision whether looking forward fees are going to be at the level that they’re at right now. The team is really doing a ton of testing. So, you know, you may see something that other consumers don’t see. I mean, we will do things where we test things sequentially. So it’s hard to get a gauge or give you more guidance than sort of keep your eye on things.”

Is HomeAway Beating Its Competitors?

According to Okerstrom, “If they were sitting still and doing nothing, I could say that they’re just getting lifted by the rising tide, but they are just pushing a ton of change. It’s remarkable how much change that that team has accomplished in such a short period of time, and they’re not even nearly done. So I think that they’re winning in the market. Now, whether or not they’re winning from a like-for-like competitor, whether they are encouraging more people to travel than would otherwise travel, whether or not they’re taking from the traditional lodging market. It’s hard to say, but we do believe that they are growing significantly faster than the overall alternative accommodations market.”

Subscription vs. Pay Per Booking

Okerstrom said, “In terms of mix between subscription and PPB (pay per booking) on the host side of things, you know, I’d say generally the trend has been to shift to more PPB. It’s hard to say exactly where it will go. I mean, I think that all of the hosts are trying to figure out what’s the optimal break-even point for them. But I think increasingly as HomeAway transitions to, you know, a real marketplace model and starts introducing things like the Accelerator program which like we’ve got on the hotel side, I think it may be the case that PPB hosts just have a better ability to compete in that marketplace. But time will tell. But the trend is definitely towards more PPB.”

For the first time, Expedia executives began referring to vacation rental homeowners as “hosts” instead of homeowners or owners. The term “hosts” was made popular by its primary competitor Airbnb, and the change in terminology indicates an internal shift in how Expedia is thinking about the industry.

Okerstrom: “In terms of integrating the inventory from HomeAway onto the Expedia, Inc. sites, I think the first pot of inventory to go after there is the 500,000 some-odd instantly bookable listings. We’ve got 95,000 of them now integrated into our core lodging stack. And really the goal right now is to get ourselves in a position where we have real property density across a number of popular destinations and we’ve got enough demand which we now are up to 28 different points of sale, that we can really start to get the statistical significance on tests that we’re running around how do you best present this inventory to ultimately deliver the most bookings by essentially matching that inventory with the demand or the customers who are actually looking for it.

“So that’s what it’s about. I think we will ramp it up even further here in the fourth quarter and into 2018. And our hope is that we do get better and better at matching the right customer to the right property. Our expectation is that we will. We do not have yet firm plans on integrating all of the other inventory yet, although it is, which is not instantly bookable, but is absolutely on our radar, and that is something that could come later on in 2018, but we have no definitive plans at this point.”

Expedia also announced that it is revising targets for HomeAway downward. According to Pickerill, “We see great potential at HomeAway, given solid progress we have seen in the transition so far. As such, with our eye to the long-term opportunity, we are inclined to continue to invest in that business. Additionally, HomeAway is undertaking its own cloud migration, which we estimate will result in nearly $30 million of direct cloud expense next year. Given these factors, we now expect HomeAway’s 2018 EBITDA to be below the previous target of $350 million.”