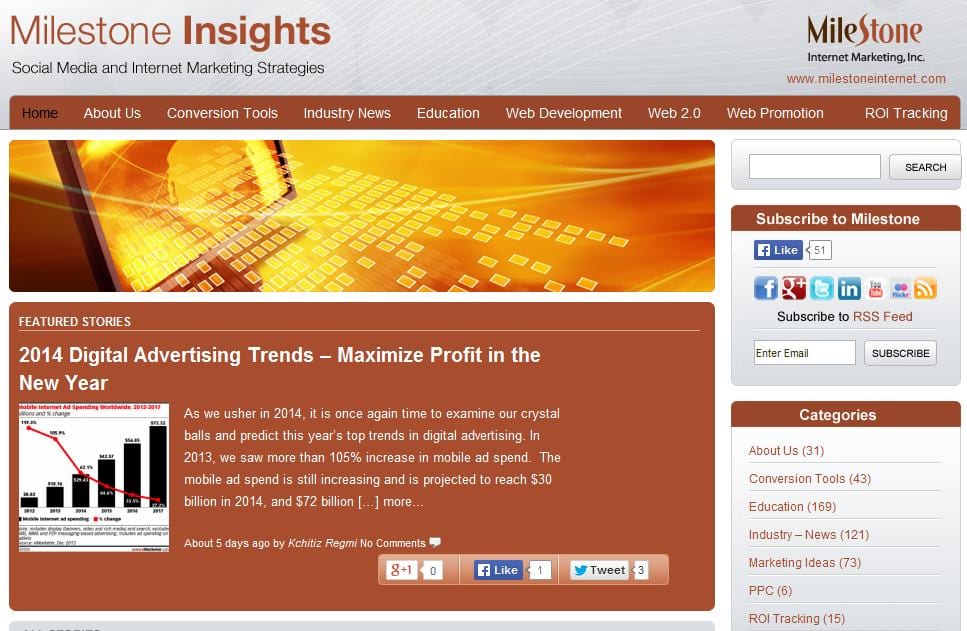 In 2013 searchers evolved the way they sought information over the Internet, and towards the end of the year, search engines released their updates to better meet modern queries. In 2014, we will clearly be able to see the effects of these new ranking methods.  Items such as authorship, social outreach, conversational intent and relevancy will really impact the way your website’s content will rank.

The Evolution of Search

First, let’s take a look at the ways we search.  The classic desktop search continues to reign as the number one tool for searching and accounts for approximately half of the search volume. In desktop search we still see some searches being conducted in machine talk terms, for example: “Convention Center Santa Clara Hotel”.  This search is packed with keyword terms and lacks a conversational tone which is how people used to search in order to get the most direct results.

Coming through in record amounts and still rising, mobile search is the second most popular method for searching.  Mobile search encompasses two different strategies: typing a query into an engine and voice search.  In the first of these, typing a query into an engine, a user may type “Santa Clara Convention Hotel,” which is a little shorter and more to the point than the desktop version. The second mobile strategy for searching came with the inception of voice search with which a user can talk to their phone in order to conduct a search. From this strategy we yield conversational search. When a user searches by voice, she asks questions or gives demands as though she was conducting a conversation, as in “Find a hotel near the Santa Clara Convention Center”.

Mobile and desktop search account for a vast majority of search queries, but it is important to examine some additional emerging methods.  We are starting to see rising numbers of searches conducted on tablets and Internet capable TVs due to the increase in those devices that have become Wi-Fi or Internet capable.  The final significant method of searching is attributed to wearable devices such as watches, Google Glass and more. All of these methods account for a smaller portion of the queries, but will continue to grow as the technology enhances.

Now that we know about search, let’s take a look at Hummingbird, Google’s most recent update which was released in September of 2013 and has changed the way results are delivered to queries….Read More about Content Marketing Strategies.