Be a Contrarian: Now Is the Best Time to Grow Your Inventory 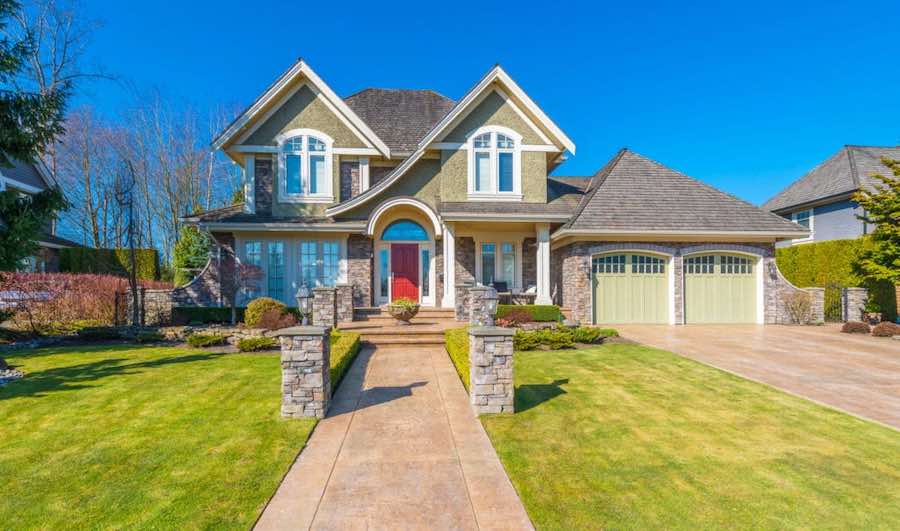 Be a Contrarian: Now Is the Best Time to Grow Your Inventory

Great things can come out of a plague.

In 1606, a plague swept England, quarantining Shakespeare at his home. During that time, he wrote Macbeth, King Lear, and Antony and Cleopatra. Later that century, Cambridge University closed for a year because of the Great Plague of London. One of its students, a young chap named Isaac Newton, was sent home, where he discovered calculus and refined the ideas that later became his theory of gravity. The proverbial apple that fell onto his head did so under the restriction of isolation, not the familiar comfort of continuity. What many would have seen as a great inconvenience was the spark that inspired Newton to formulate one of the greatest theories of all time.

It makes me wonder . . . what great opportunities will come out of this crisis?

BEING A CONTRARIAN CAN PAY OFF

Making strategic decisions that defy conventional wisdom can often pay large dividends. Earlier this year, hedge fund manager Bill Ackman believed the coronavirus pandemic was a massive risk for the United States, its economy, and global financial markets. He invested $27 million in hedges, which turned into $2.6 billion in less than a month. He then took most of those gains and bought the beaten down stocks of companies like Starbucks, Berkshire Hathaway, Hilton, and Lowe’s—stocks that were available at “fire sale” prices, yet they will most certainly go up in the long run. Some people have already called this the greatest trade of all time! He was a contrarian and saw the opportunity: This is why he is a billionaire.

At the absolute height of the 2008 financial crisis, when markets were tumbling amid a wave of bankruptcy filings, Warren Buffett penned an op-ed in The New York Times urging investors that it was the right time to buy American stocks. He followed through on his own recommendations and purchased equities in many American companies, including Goldman Sachs. Ten years later, his advice proved to be correct. The S&P 500 was up 130 percent, and Goldman’s stock had jumped by approximately 196 percent. Both Buffett and Ackman demonstrate the immense benefits of going against the grain.

I believe we are at the beginning of a once-in-a-lifetime opportunity in our industry. More vacation rental inventory will be spawned out of this crisis, and during the next 6–12 months, we will see more management contracts change hands than we’ve seen over the past decade. Second homes that have never rented before will begin renting. “Rent by owners” who were frustrated by cancellations and dealing with irate guests will be happy to turn their properties over to professional management companies.

Unfortunately, some management companies will not be able to make it through this crisis. Vacation rental managers who seize the opportunity of this inevitable wave will be poised to grow exponentially and will be well positioned on the other side of this pandemic.

A study by management consulting company McKinsey & Company found that when the economy took a downturn, as it inevitably does, the most successful companies looked for opportunities to expand. These companies increased their valuations by more than 38 percent over those companies that simply battened down the hatches.

The most successful companies found opportunities and pressed their advantages. As companies today look to weather this storm, they should consider that managing risk does not mean avoiding it altogether. Echoing this sentiment, a 2008 article from the Harvard Business Review talks about Steve Jobs’ strategy around capitalizing on the opportunity of doubling down during recessions: “. . . We would be ahead of our competitors when the downturn was over. And that’s exactly what we did. And it worked. And that’s exactly what we’ll do this time.”

WHERE WILL ALL THIS INVENTORY COME FROM?

Our agency Vintory specializes in helping vacation rental managers grow their inventory. One of the steps in our sales and marketing strategy is to create and define personas of potential inventory targets. There are several personas that I feel will be changing hands in the current state of affairs:

I will go into more detail on each persona below.

During the Great Recession of 2007/2008, my business partner at Vantage Resort Realty and I were targeting just about every property owner in Ocean City, Maryland. As we started signing up new properties, we found an interesting phenomenon: about 25 percent of the owners we were signing up were “First-Time Franks,” second home owners who had never rented out their homes before. They were forced to begin renting their personal vacation homes, their prized possessions, due to their personal financial situation related to the downturn in the economy. Given the deep financial impact the coronavirus has already had in just a short period, I am predicting we will see a similar situation to the Great Recession in which countless homeowners will be forced to rent out their homes, whereas previously they would never have considered it.

With many markets completely shut down and lack of oversight within most vacation properties, there has never been a better opportunity to expand into home watch services. This is a great supplementary business model where you can generate predictable, recurring revenue that can cover much of your overhead, especially during these low or non-existent rental periods. In addition, by leveraging the principle of “small incremental commitments” highlighted in Dr. Robert Cialdini’s book Influence: The Psychology of Persuasion, these low-risk, high-conversion sales will be a great farm system of future leads for your vacation rental program in the upcoming months.

RBO Ruby has been self-managing for several years now. She lists her home on Vrbo and Airbnb, and times have been good to RBO Ruby. She casually does this on the side while taking care of her two school-age children. However, recent events have changed how Ruby feels. The wave of cancellations, wrestling and arguing with guests over refund policies, and the loss of thousands of dollars pulled directly from her account have all left a bad taste in her mouth. Now, Ruby’s cleaner has stopped cleaning, leaving her in a pinch. She desperately seeks reliable, professional management. Ruby will be a prime candidate for your services.

Venture-Backed Victor is listed with a large, venture-backed, national conglomerate. He was impressed with their slick marketing and claims of technology. However, Victor’s management company has experienced sweeping layoffs and furloughs, leaving Victor unable to communicate with anyone. He has called and emailed dozens of times with zero response. His primary contact is no longer there. Even his secondary contact has been laid off. He feels vulnerable about the status of his home. He just wants answers; therefore, Victor will most certainly be looking for new local management.

There is a new persona that we have never defined previously, but he will most certainly come into play in the near future: “Shut- Down Sheldon.” Shut-Down Sheldon is a homeowner who is left without a manager after his management company has stopped paying homeowners, faltered, and gone under. This is an unfortunate consequence of our current situation. I feel great sorrow and pain for the companies that inevitably will have to close their doors due to this black swan event. Nonetheless, it is inevitable, and as a result there will be many Shut-Down Sheldons looking for new management.

A well laid-out plan to get in front of these personas is essential right now; time is of the essence. Clearly defining each profile and segmenting your data by persona will make your marketing much more effective. Ideally, you can customize your messaging based on each persona’s pain points and show how each of your unique selling propositions solves those pain points.

There has never been a better time to step on the gas and grow. As counterintuitive as it seems, do not hunker down. If the forward-thinking manner of Bill Ackman, Warren Buffet, Steve Jobs, and even Sir Isaac Newton can teach us anything, it is that great results can come out of a time of chaos and uncertainty. By using the unique circumstances we are all facing to your advantage, you can come out the other side in a fantastic position that could even set you up for years to come. This is a once-in-a-lifetime opportunity—don’t miss out!

Brooke Pfautz is one of the industry's foremost experts in growing vacation rental inventory. He got his start in the industry 13 years ago when he founded Vantage Resort Realty in Ocean City, MD and took an idea on a napkin to more than 500 properties in just five years. After a successful exit, he went on to grow inventory for other major vacation rental brands as a chief business development officer in Orlando, FL. Most recently, as an executive at a leading vacation rental software company, he saw first-hand through MasterMind groups that he launched and facilitated what worked and what didn’t for the 20 largest and most successful companies on the platform. Today, Brooke runs Vintory, the only outsourced business development agency in the vacation rental industry dedicated entirely to helping professional property managers add new homes to their programs.