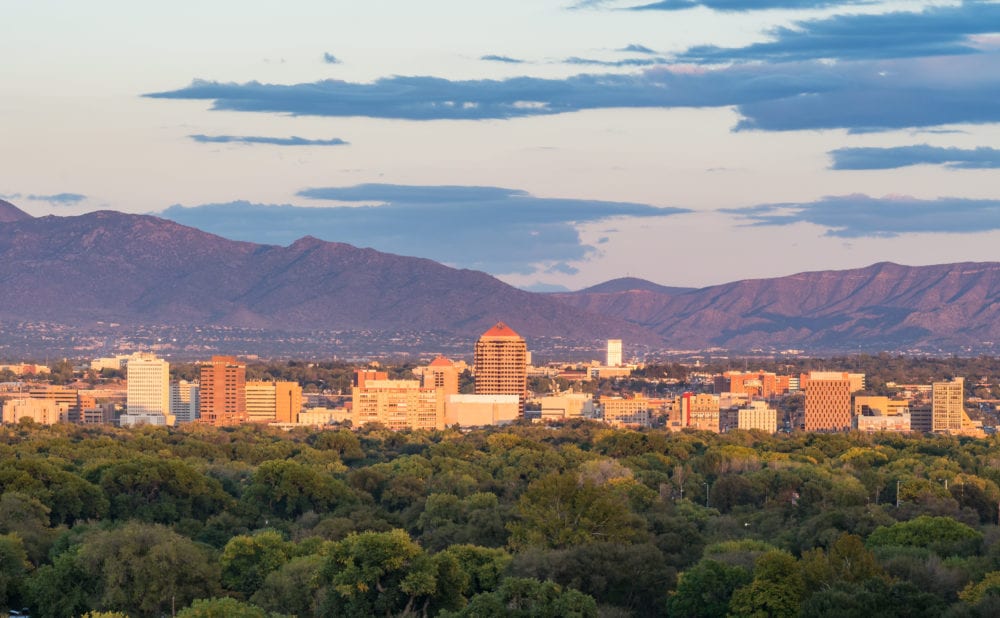 Last week, Albuquerque city council sent a bill to the finance and government operations committee to create a task force to explore options for regulating short-term rentals in the city. Bill R-49, sponsored by councilor Diane Gibson, calls for a 12-person team of city staff and members of the public to investigate the benefits and challenges short-term rentals bring to the city and ways to register and tax them. The task force is to propose their recommendations to the council by March 2019.

Gibson said she initially became aware of the industry’s growth in size and scope from constituents who had complaints. “I have strong reason to believe that most all short-term rentals are run quite well,” she said. “It is the ‘bad apples’ that create problems, and where there has been high growth in the very recent past, it is attractive for new, inexperienced managers to get into the business.”

She said she would prefer to base any future legislation on a good understanding of how short-term rentals are managed, advertised, booked, and taxed. The bill requests one staff member each from the city’s planning department, city code enforcement division, legal department, city council services department and mayor’s office, and treasury department. It also designates task force spots for one representative from Visit Albuquerque, one from the local real estate industry, two community members appointed by the council, and two from the lodging industry, one of which must be involved with short-term rentals. Each task force member must have experience in short-term rentals or have specialized knowledge in related areas within their departments.

The next meeting of the finance and government operations committee is August 13 at 5 p.m. The task force bill is on the agenda.

According to Visit Albuquerque, 6.2 million people visit the city each year, generating $2 billion in spending and $69 million in local taxes. Tourism supports 40,000 jobs in Bernalillo County.

The city of Albuquerque collects a 5 percent lodgers’ tax and a 1 percent hospitality tax, revenues from which support tourism promotion and the construction of tourism or recreation facilities. Airbnb reached an agreement with the city last year to voluntarily collect and pay these taxes on reservations made through its platform, which it had already been doing in Taos, Santa Fe, and other areas. (Hosts are also responsible for the gross receipts tax that ranges from 5.125 percent to 8.6875 percent throughout the state.)

New Mexico Hospitality Association is pushing for short-term rentals to pay these taxes in every municipality across the state. Two bills introduced in the state legislature last year to remove the exemption of short-term rentals from collecting the tax were vetoed by the governor.

In January of 2017, the association commissioned a state-wide study of short-term rentals. It reports the study found there were 4,076 short-term rental properties in New Mexico at the time, which it estimated could generate $2.6 million from the lodgers’ tax based on Airbnb national occupancy and compliance averages provided by Smith Travel Research. According to AllTheRooms, around 600 short-term rentals currently operate in the Albuquerque area.

The city council’s consideration of regulations follows those passed in other New Mexico cities recently. Earlier this year, Taos city council passed an ordinance to tax and regulate short-term rentals as one solution to the city’s housing crisis. Owners must obtain a $300 short-term rental permit and a $35 business permit prior to operating, display their permit numbers in all advertising, and collect the 5 percent lodgers’ tax. The city collects an additional $100 affordable housing fee on whole-home rentals. All owners must also enforce rules regarding noise, trash, other disturbances with their guests, and have a local contact available at all times to handle any issues.

In 2016, Santa Fe approved similar regulations. The city requires owners to get a permit, which are capped at 1,000 and cost $100 to $325 annually each plus a $100 one-time application fee. Owners must also collect and pay 7 percent lodging and 7.625 percent gross receipts taxes; adhere to local ordinances regarding noise, water conservation, parking, safety, and other codes; and list a local contact person. Additionally, the city limits rentals to no more than one in a 7-day period.