Is Airbnb Saying NO to Professionally Managed Vacation Rentals? 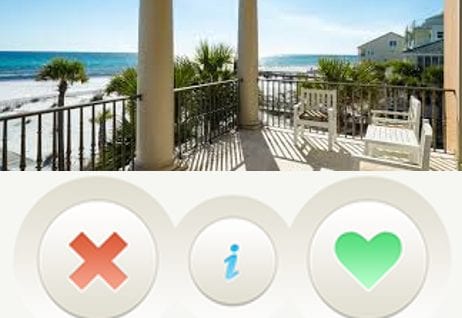 “The rep who called us mentioned the growth plans of Airbnb conflicts with us listing on their website,” AE Hospitality president Ari Eryorulmaz wrote in an email. “No explicit reason was given.”

The LA Times reported that “An analysis of Airbnb listings for The Times by Tom Slee, an independent researcher working on a book on the sharing economy, found that 10 of the 13 hosts with the most local listings on the site in October no longer had any on Friday. Globe Homes, the biggest, had only a handful of houses listed in Palm Springs, instead of the dozens of units it typically lists in tourist-friendly parts of L.A.”

According to the LA Times, “Amid mounting pressure from housing advocates and community groups, Airbnb is cutting ties with some of its biggest money-makers.”

It looked like it was going to go a different way

Interestingly, AE Hospitality and Globe Homes both are members of the Vacation Rental Managers Association (VRMA) and both use HomeAway’s Escapia for their property management software.

According to the LA Times, Airbnb had little to say about the moves, issuing a brief statement that said its “mission is to connect hosts with guests and provide a quality, local and authentic experience. We routinely review our platform for market quality and adherence to this mission.” A spokesman said he couldn’t comment on specific hosts. There is no sign of similar moves in other big Airbnb markets, such as San Francisco and New York.

At the 2015 SXSW Interactive Conference in Austin, there was backlash from independent Airbnb hosts about the inclusion of property management companies, saying that Airbnb’s message of “connection” and “community” was not aligned with the services offered by professional vacation rental management companies.

Airbnb’s response was that their goal was to provide non-hotel alternative accommodations that provided travelers with a safe, local experience in a destination, whether or not the home was professionally managed or owner managed.

The move by Airbnb is possibly triggered by legality concerns in the municipalities in question, but their direction remains unclear.

The episode highlights the tension between Airbnb’s “sharing economy” ethos of regular people renting out spare rooms, and the professional operators who are attracted to it, said Ian McHenry, president of Beyond Pricing, a firm that provides market data to Airbnb hosts.

“They’ve always had the tenuous relationship with property managers and vacation rentals in general,” said McHenry said. “Whenever there’s kind of an outrage, they’ll retreat to a position of, ‘Hey, we’re just trying to help people pay the rent.’ Professional property managers fly in the face of that.”

It also comes as many analysts expect Airbnb, whose most recent round of investment valued the company at $13 billion, to launch an initial public offering, perhaps later this year. If it plans to do so, the company needs to make sure it’s in the clear with local regulations and not triggering protests in the streets, said Sam Hamedah, managing director at PrivCo, a research firm that tracks private companies.

“One of the things that IPO investors hate most is legal and regulatory risk,” he said. “There’s no question that Airbnb has to clean up those issues if it’s going to go public. But doing that is not going to be easy.”

In L.A., big hosts such as de Kleer and Eryorulmaz, who are co-founders of the Los Angeles Short-Term Rental Alliance, have also played a big role in the discussions, pitching City Council members and defending their business model.

But on Friday, both said that they were around long before Airbnb, and could well be around long after. For a while, though, de Kleer said, Airbnb made a lot of money off of them.

“But it doesn’t match their PR story to have professionals on their platform,” he said. “Their goal is to go public, so they took this drastic step.”