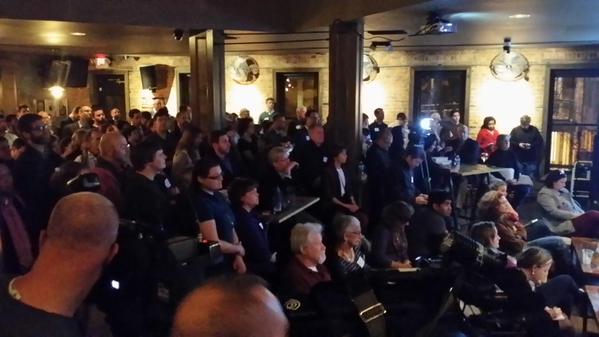 The online vacation rental service announced Monday that it will begin collecting and remitting sales taxes on behalf of its North Carolina home hosts starting June 1 and will collect hotel occupancy taxes in Wake, Durham, Mecklenburg and Buncombe counties. The tax rates vary from county to county.

Those in the hospitality industry say it is unfair that homeowners can rent rooms or whole dwellings to short-term guests for lower prices without charging taxes through Airbnb. The last traditional bed-and-breakfast in Raleigh, The Oakwood Inn, will close its doors for good in June and blames competition from the less-regulated online rental services.

The only other state where Airbnb collects taxes from guests statewide is Oregon. In the past year, it also began collecting taxes in San Francisco, Portland, Chicago, Malibu, San Jose, Washington, D.C., and Amsterdam.

In Raleigh, regulation of Airbnb rental homes has been discussed since December when one homeowner was served a citation because his Airbnb rental is in a residential neighborhood and violates city zoning rules.

Raleigh City Council deferred the citation until the issue of short-term rentals could be sorted out. The council’s Law and Public Safety Committee is discussing how best to bring Airbnb, and similar businesses, into the market.

Raleigh Councilwoman Mary Ann Baldwin, chair of the committee, said she has been negotiating short-term rental laws with Airbnb and is pleased it agreed to collect and pay sales and room taxes.

“Airbnb is a popular piece of the new sharing economy that tourists and prospective residents expect to see in modern cities, so we are glad that we have taken the first step in welcoming Airbnb to Raleigh,” Baldwin said in a statement Monday.

“We are confident that we can work together on some simple policies that embrace home sharing and make North Carolina communities stronger,” Pomeranc said in a statement.

Sales and hotel occupancy tax rates vary between counties in North Carolina. The statewide sales tax is currently 4.75 percent, but local taxes push the rate higher. In Wake County, for example, it is 6.75 percent.

Kinrade said that Airbnb has given host homeowners an unfair advantage by avoiding taxation and code compliance. Although these new Airbnb taxes are a step in the right direction in Wake County, Kinrade said he would prefer that host homeowners register with the county so that taxes can be verified.

Gregg Stebben, the Airbnb host homeowner cited in Raleigh, said he agrees it is unfair that his guests did not have to pay the same taxes as those who stay in a hotel or traditional bed-and-breakfast, which pay for the tourist maps and brochures he would hand out to them.

“I am completely supportive of what happened today,” Stebben said. “It doesn’t impact me or any other host. I’m never going to touch that money, and it’s no extra work to me. It puts us in a fair position with other businesses in the area.”

Like at a hotel, the sales and room taxes will be added to the bill when a guest makes a reservation with Airbnb online using a credit card.

Stebben added that he is also happy with the signal sent by the negotiations between the city and Airbnb.

“It’s all about businesses,” he said. “The city working constructively with Airbnb sends a message to other businesses to come to Raleigh and they will work with you.”