The funding provides Ximplifi, a technology-enabled accounting and consulting firm offering accounting services and technology solutions to short-term rental managers, with the growth capital to support growing demand and continued software development of their VRPlatform technology.

According to the company’s release, “The new investors, Swoboda and Shehan, have a long-standing history working together. Both served as co-founders of Booyah Networks, a digital ad agency founded in 2001. They later worked together on SpotX, a division of Booyah Networks (founded in 2005) that became the leading independent global video ad platform and officially sold in 2021 for $1.2B.” 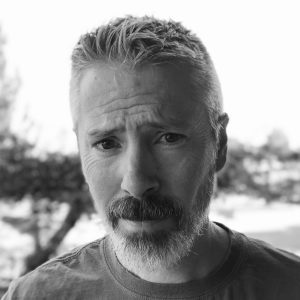 After co-founding Booyah in 2005, Mike Shehan helped gain huge success and recognition for their company, ranking 23rd on the 2006 Inc. 500 list of the fastest-growing, private US companies. Shehan most recently served as the CEO of SpotX, which is now used by Discovery, Disney, Roku, Samsung, and Viacom, among others. His background includes previously serving as the CEO of Ereo, Inc., a venture-backed image search company, and the founding of LOGEX International, LLC, which provides e-commerce solutions to retail and catalog industries.

Prior to their involvement with Booyah and SpotX, Steven Swoboda had an extensive financial background. In 1986, he began working with PricewaterhouseCoopers, which led him to a two-year assignment in Budapest. His involvement included managing inbound investments and helping with the changes of their financial economy—a transformation from central planning to a free-market economy. He later joined the New York office and worked there through 1999.

After transitioning out of SpotX, Swoboda is now interested in exploring new ways to connect with the professional community in Denver, CO. According to Swoboda, “The Ximplifi team has identified an underserved but large and growing market, and they’re delivering superior solutions and services. I am excited to be involved with Ximplifi and hope to help them grow and maximize the significant market opportunity they have in front of them.”

The generosity of Shehan and Swoboda is helping Ximplifi continue to serve the unique needs of the entire vacation rental management industry. With their help as strategic advisors and investors, Ximplifi is proudly delivering dynamic accounting solutions and growing their client’s bottom line.

Located in Colorado, Ximplifi is dedicated to simplifying their client’s technology and providing 6-star professional services with outsourced accounting, advisory, technology consulting, and their proprietary VRPlatform that automates the trust accounting processes for short-term rental managers.