Vero Beach: Not giving up fight against vacation rentals 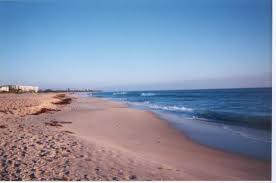 The contemplated amendments to the City’s code, it is believed, will improve the likelihood of the Code Enforcement Board upholding future short-term rental citations, so long as those citations are substantiated by the facts.

In the Carroll case, the Board ruled the City’s Code is vague on the meaning of transient, and thus there was no violation. The Carroll’s, though, admitted to renting their central beach property to tenants (vacationers) for stays of less than 30 days.

In its appeal to the circuit court, the City argued the Code Enforcement Board exceeded its jurisdiction by not accepting the Planning Director’s interpretation of the Code. Among the proposed Code changes is new wording more clearly defining the Board’s role, and more clearly specifying the Planning Director’s sole authority for interpreting Code.

In addition to amending City Code, the City Council plans to work with other Florida cities to continue urging the Legislature to reinstate local control over the regulation of short-term rentals.

In deciding not to appeal the circuit court’s ruling in the Carroll case, the City has not abandoned its fight to ban short-term vacation rentals, as was inaccurately reported today by TCPalm.com. Let the reader beware.