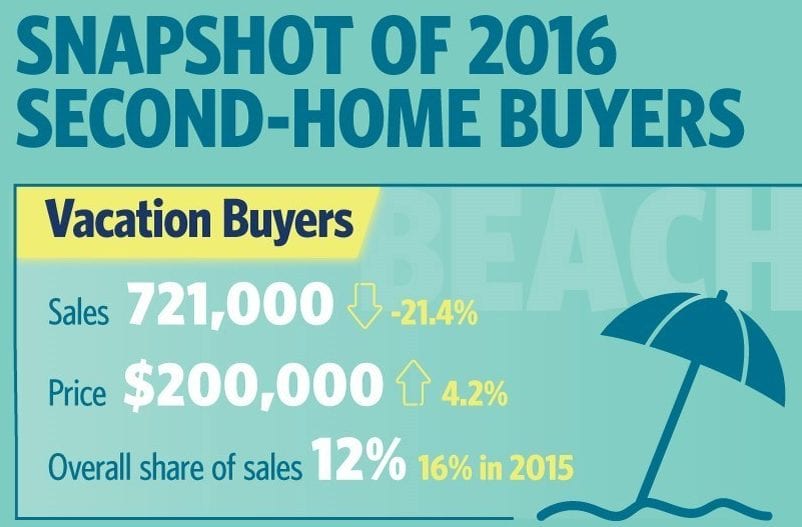 Last year’s strongest pace of home sales in a decade included a sizeable drop in activity from vacation buyers and a jump from individual investors, according to an annual second-home survey released today by the National Association of Realtors®. 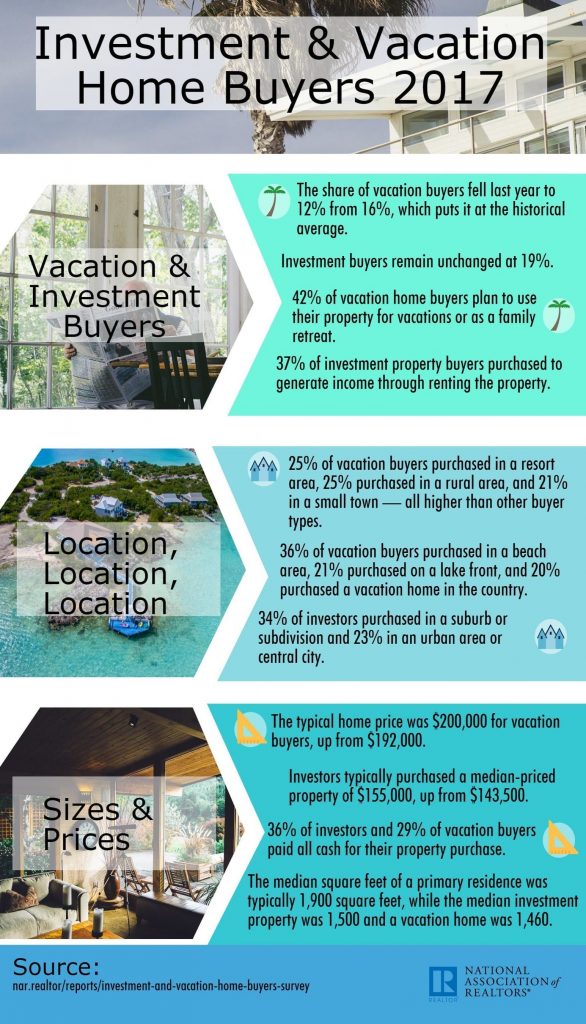 The survey additionally found that vacation and investment buyers in 2016 were more likely to take out a mortgage and use their property as a short-term rental.

Lawrence Yun, NAR chief economist, says vacation sales in 2016 tumbled for the second consecutive year and have fallen 36 percent from their recent peak high in 2014 (1.13 million). “In several markets in the South and West – the two most popular destinations for vacation buyers – home prices have soared in recent years because substantial buyer demand from strong job growth continues to outstrip the supply of homes for sale,” he said. “With fewer bargain-priced properties to choose from and a growing number of traditional buyers, finding a home for vacation purposes became more difficult and less affordable last year.”

Added Yun, “The volatility seen in the financial markets in late 2015 through the early part of last year also put a dent in sales as some affluent households with money in stocks likely refrained from buying or delayed plans until after the election.”

Tight inventory conditions pushed the median sales price of both vacation and investment homes last year to levels not seen in roughly a decade.

“Sales to individual investors reached their highest level since 2012 (1.20 million) as investors took advantage of record low mortgage rates and recognized the sizeable demand for renting in their market as renters struggle to become homeowners,” said Yun.

“The ability to generate rental income or remodel a home to put back on a market with tight inventory is giving investors increased confidence in their ability to see strong returns in their home purchase.” 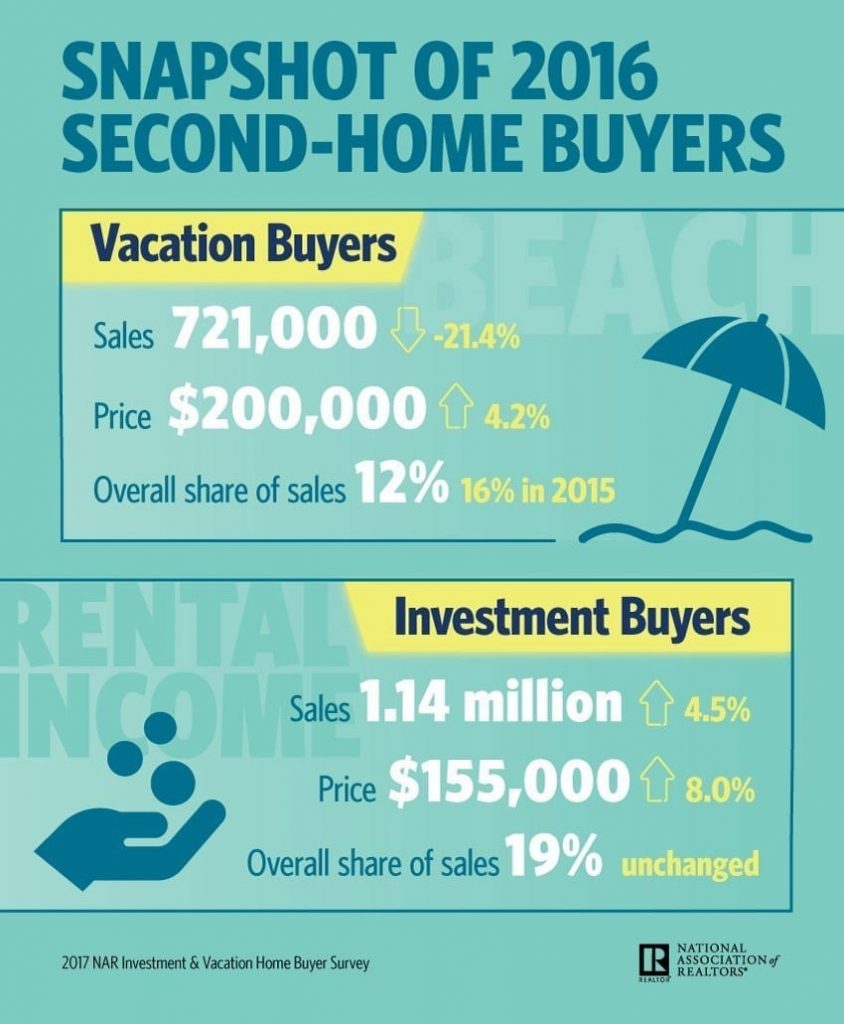 Given the rising popularity of short-term rentals in locales throughout the country, it’s no surprise there were slightly more investment and vacation buyers renting their property for less than 30 days.

The top two reasons for buying a vacation home were to use for vacations or as a family retreat (42%) and for future retirement (18%), while investors mostly bought to generate income through renting (42%) and for potential price appreciation (16%).

NAR’s 2017 Investment and Vacation Home Buyers Survey, conducted in March 2017, surveyed a sample of households that had purchased any type of residential real estate during 2016. The survey sample was drawn from an online panel of U.S. adults monitored and maintained by an established survey research firm. A total of 2,099 qualified adults responded to the survey.