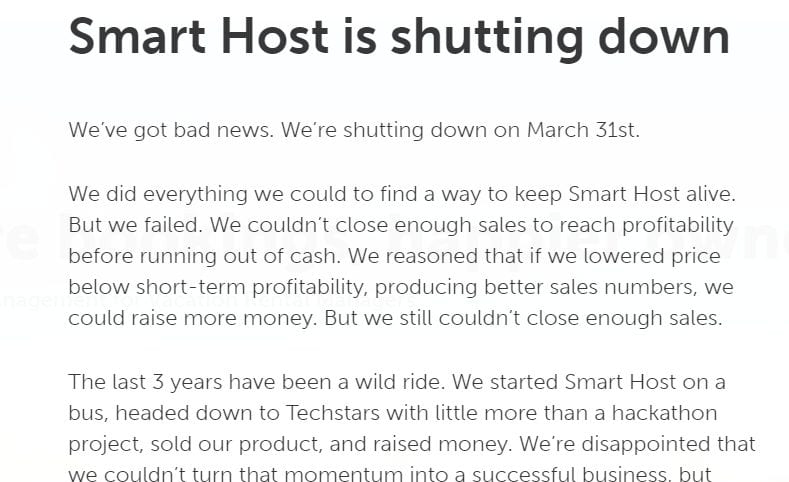 The graveyard of technology startups in the vacation rental industry continues to expand as New York-based Smart Host announced that it is ceasing operations, effective March 31, 2017.

Smart Host was founded in 2014 by Evan Hammer, David Redding and Nick Persico and was described as a “pricing engine” service that helps vacation rental owners and managers make more money from sites like Airbnb, HomeAway, FlipKey and others.

After raising $100k from Right Side Capital, Smart Host went on to join the second class of TechStars Austin’s accelerator program.

“We did everything we could to find a way to keep Smart Host alive. But we failed,” said the message on their website. “We couldn’t close enough sales to reach profitability before running out of cash. We reasoned that if we lowered price below short-term profitability, producing better sales numbers, we could raise more money. But we still couldn’t close enough sales.”