All short-term rentals banned in Anaheim by City Council 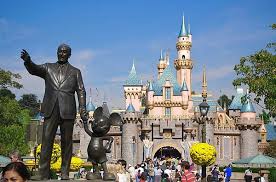 By Joseph Pimentel – After a five-and-half hour special meeting Wednesday, the Anaheim City Council voted to ban the operation of short-term rentals.

The owners of the 363 permitted short-term rentals will have 18 months to stop operating. (HomeAway has over 1,500 listings, half of which are property managed).

Mayor Tom Tait and Councilmen James Vanderbilt and Jordan Brandman voted for the ban. Councilwomen Kris Murray and Lucille Kring voted against it.

“The sharing economy is exciting and something that gives people a chance to earn extra income but this is not really the sharing economy,”Tait said. “These are motels in residential neighborhoods.”

The meeting capped off years of debate between residents, who claimed that the steady stream of vacationers in their neighborhoods ruined their quality of life, and vacation rental owners, who say they invested heavily in turning eyesore properties into beautiful income homes.

An overflow crowd of residents lined up to take the podium Wednesday evening as the council weighed whether it would have a ban or impose stricter regulations on short-term rentals.

Wearing white T-shirts and holding up signs with “Ban STRs,” opponents packed City Hall for an indoor rally and picketed outside before the meeting started.

Organizers riled up a crowd of more than 150 people inside the chamber with chants of “Si Se Puede!” (Spanish for “Yes, we can!”) and yelled that these “businesses don’t belong in our residential neighborhoods.”

With popular destinations such as Disneyland, the Anaheim Convention Center, Angel Stadium and Honda Center, Anaheim has become a hot spot in the “sharing economy” as families look to websites such as Airbnb, VRBO and HomeAway for ways to shave their vacation expenses.

Residents have pushed the city to step up enforcement, complaining that vacationers are staying in “mini-hotels” and holding rowdy all-night parties, littering the streets and taking up parking spots.

“STRs are a cancer, and they need to be banned,” said Peter Page, adding that the $200,000 enforcement cost the city pays overseeing the homes is not worth the $3 million they’ve brought into the city since July 2014. “This does not help the community.”

“For the past several years, Anaheim residents have suffered,” said Martin Lopez, a resident of Sherwood Village, where he says 50 of the 211 town homes are operated as short-term rentals. “I urge you to ban STRs, current and future.”

Short-term rental owners argue that they fix up properties that enhance the look of the neighborhoods, help surrounding home values and bring in much-needed revenue for the city.

A complete ban of short-term rentals, with current permits phased out in three years, which was later changed to 18 months.

Or enhanced regulations to limit the number of people staying at a home; extended “quiet time” hours; providing neighbors with a contact who responds “around the clock,” and increasing the age of renters to 21. Owners would also lose a permit if they are cited for two major violations in a 12-month period.

City officials also said they would enhance its current regulations. Anyone caught operating an unpermitted short-term rental would have their home’s power and water turned off. Anaheim runs its own electric and water systems.

Anaheim began handing out permits to operate homes as short-term lodgings in 2014. Operators pay an annual $250 registration fee, and guests pay a 15 percent tax on their bill, the same as those staying at a local hotel. After the number of permits doubled to 400 within a year, the city in 2015 issued an emergency moratorium on more permits.

After the vote, several short-term rental owners cried and stood, stunned, outside the council chamber.

“The sad thing is we worked so hard to do the right thing,” said Valerie Van De Zilver, who represents 23 short-term rental owners. “We’ve taken care of our properties … it’s tough to lose when you’re doing the right things.”