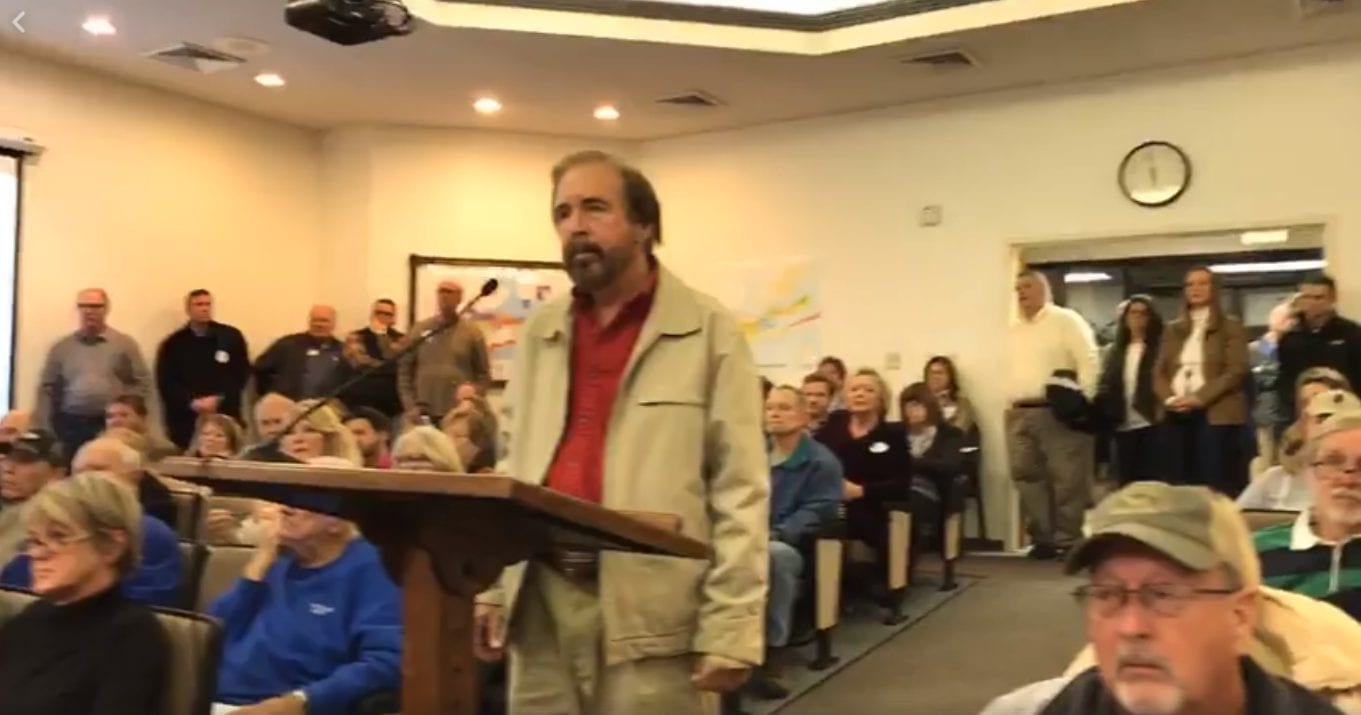 On Thursday, the city council of Orange Beach, Alabama heard comments related to a proposed ban on all new licenses for vacation rentals (under 14 days) east of the Gulf State Park and north of Perdido Beach Blvd with the limited exception of a handful of TBD PUD-zoned areas.

Municipalities all over the globe are discussing similar restrictions. Why does a small town in Alabama matter?

For readers who do not know that Alabama has a beach, it does—a 32 mile stretch of sugary-white sand beaches on the northern Gulf Coast, bordering Florida, that attracts over 5.5 million visitors a year.

The city of Orange Beach lies directly on this strip of unlikely paradise and has over 10,000 accommodations, only 14 percent of which are hotel rooms. The remaining 86 percent are vacation rentals.

Orange Beach is a city whose economy is driven by revenues from vacation rentals. Over 5.5 million travelers spent $5.4 billion dollars visiting the Alabama Gulf Coast in 2016, making up over 40 percent of state’s travel-related expenditures.

In addition, tourism in Baldwin County, in which Orange Beach is located, accounts for over 49,000 travel-related jobs (up 3 percent) and generated over $22.2 million in lodging tax revenue (up 6.5 percent)

The city’s proposed ban on new vacation rental licenses north of the beach road is a result of complaints about a small fraction of a percentage of the millions of people who visit the area.

One would reasonably expect a city whose entire sustainability is based on tourism and revenue from vacation rentals to be proactively friendly to the practice of renting on a short-term basis. Instead, this ordinance is a bleak indication of how municipalities are increasingly willing to “bite the hand that feeds them.”

Personal, anecdotal stories and no data

At Thursday’s meeting, city council members were united in their defense of this excessively restrictive ordinance, providing no data and several anecdotal examples in justification of the proposed ban of new vacation rental licenses for non-beachfront accommodations.

Orange Beach mayor Tony Kennon said, “I lived next door to a short-term rental, and it was a nightmare.”

He continued, “Jeffrey Dahmer was a nice guy, but I don’t want him living next door to me. I want to know who my neighbors are.”

Later in the discussion, Kennon also said, “For those of us that live here, we don’t want short-term rentals next to us.”

Councilman and former Alabama Power employee Jerry Johnson spoke at length about his personal experience in his own neighborhood and the nuisance of short-term renters.

One homeowner of a vacation rental respectfully spoke about his positive experiences as a rental provider and about his guests. Council member and social worker Joni Blalock countered, “You are one percent of what is going on out there. [Short-term guests] are renting homes and stealing from the neighbors.”

One percent of what? One percent of all homeowners? Out of the 9,000 vacation rental owners, only 90 are operating responsibly? Doubtful. Blalock offered no data support her assertion.

Councilman and infectious control specialist Jeff Boyd echoed Blalock’s comments to the speaker, “You are an anomaly. You are one of a kind.”

Again, no data was offered to support the councilman’s conclusion.

Alternatives to a ban?

Councilwoman Blalock repeatedly claimed that the council had been looking at alternatives for the last two years, had explored all alternatives, and had no choice but to implement a ban on new non-beachfront licenses for vacation rentals.

If they did, not one piece of quantifiable data was introduced in the hearing.

Opponents of the ban outnumbered those in favor

At the meeting in Orange Beach, there were no “ban short-term rentals” signs or t-shirts or angry protesters. In contrast to other city council meetings across the country filled with angry residents, only three speakers were in favor of the ban while multiple residents whose incomes are tied to vacation rentals spoke against the ban, seeking understanding of the urgency and clarification of the ordinance’s exclusions.

Leonard Kaiser, founder of Kaiser Realty and Kaiser Sotheby’s asked the council to “slow down” and figure out how to achieve preserving neighborhoods while not limiting growth. Mayor Kennon shot down his comments and emphatically reiterated that he would vote “no” on any proposed PUD exemptions.

After the head of the Baldwin Country Board of Realtors and several real estate and vacation rental executives spoke and their comments were met with adamant and condescending responses by the council, opponents began filtering out of city hall with a collective realization that voicing their concerns would have no impact.

What is at risk?

The consequences of a ban are significant.

First, property values in a town with 9,000 short-term rentals, millions of visitors, and less than 6,000 full-time residents are, more often than not, based on projected revenue from rental income. Buyers and investors who sense increased regulations and restrictions tend to back away.

Second, tourism has the potential of stagnating or declining. With limited accommodations supply, beachfront rental rates increase, and the base customer—for Orange Beach, middle-class families—will find alternative destinations for their vacations. Once a destination has gone out of favor among its core customers, it is difficult to lure them back without extensive discounting, which leads to a debilitating business cycle in the both the real estate and the vacation rental industries.

“Where is this ordinance off-base?”

Mayor Kennon asked, “Where is this ordinance off-base?”

This ordinance is “off-base” in the following ways:

Several states, including Florida and Arizona, have created legislation limiting the ability for municipalities to restrict short-term rentals and protecting a homeowner’s right to rent.

Opponents of umbrella legislation point to states exerting themselves into city business as a reason to push back on a state short-term rental preemption bills. However—facing a case like Orange Beach, in which a municipality refuses and fails to collect, objectively analyze, and share data, and instead, arbitrarily acts on anecdotal evidence generated by a small percentage of angry neighbors—it is likely time for the state to look at the revenues and jobs created and make a decision to limit a municipality’s ability to restrict vacation rentals.

It is time for vacation rental managers and stakeholders to proactively look for candidates who are growth-minded and recognize the value of tourism, especially for municipalities that are reliant on its sustainability for the economies. Yes, residents are going to complain, and many of their complaints are valid. But growth-minded leaders will keep the big picture in mind, rely of data, and look for solutions instead of looking for blanket bans as an easy way to limit the angry phone calls.

As an option, stakeholders can reach out to the Vacation Rental Managers Association (VRMA), National Association of Realtors (NAR), Destination Marketing Association International (DMAI), and state tourism departments to bring heavier hands to the discussion and deliver much-needed data into the hands of city officials to help in their decision-making. And when state preemption bills are necessary, stakeholders will find it beneficial to work hand-in-hand at the state level.