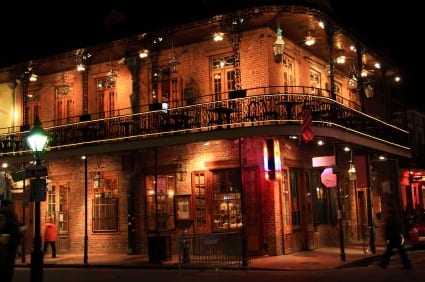 The New Orleans City Council on Thursday could consider a tweak to regulations governing short-term vacation rentals. Officials say it would make it easier for the city to control them.

But what are the rules? And further more, what exactly is a short-term rental?

According to the city’s zoning ordinance, which regulates what people can do on their property, a short-term rental is, essentially, any kind of lodging for a period of 30-days or less. 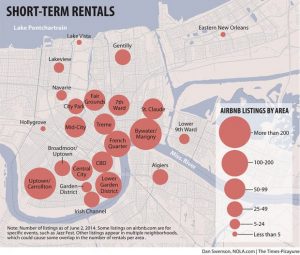 That’s part of the problem. When people talk about short-term rentals, they are usually talking about informal operations — apartments and houses rented by property owners or tenants directly to tourists, who usually find them through websites like Airbnb or VRBO (Vacation Rentals By Owner). Those are the kind of short-term rentals that some advocacy groups and locals think are ruining he city’s historic core by displacing actual residents in favor of tourists.

However, the current rules lump in all short-term lodging, including hotels and licensed bed and breakfasts.

The rules also make it hard to crack down on illegal short-term rentals, according to Mayor Mitch Landrieu’s administration, which has done little to enforce them.

For example, the current rule bars only short-term rentals to  “nonresidents over the course of one or more years with a duration of occupancy of less than 30 days.”

The proposed rule changes would do away with the “one or more years” requirement, more clearly define short-term rentals so as to eliminate traditional lodging businesses such as hotels and the like.

Advertising short term rentals is technically a criminal offense, subject to fines and even jail time, but few if any have every been successfully prosecuted.

Licensed bed and breakfasts, on the other hand, are subject to several restrictions. They are required to submit to an inspection from the fire marshal and aren’t allowed have more than one kitchen, a major draw from many tourists.

They are also required to buy a permit, the price of which ranges from $200-$600 depending on how many rooms the operation has. Bed and breakfasts with three units or more have to pay an occupancy tax of .50 cent per night per room.