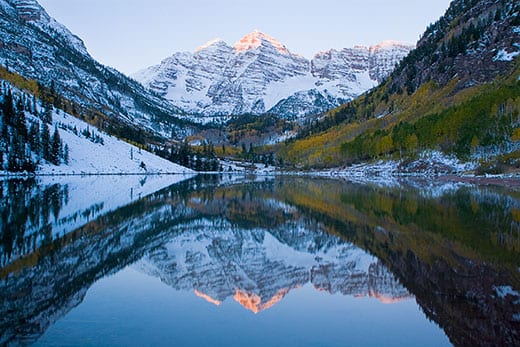 The city of Aspen has doubled the number of business licenses on file for residential properties offered by their owners on the short-term rental market since spring of 2012, when officials began making a concerted effort to get homeowners who rent their properties as tourist accommodations to register and pay taxes.

The numbers still aren’t huge, with licenses for vacation rental residences not connected to a property management company going from 31 to 61 in two years. But it’s an area that is growing thanks to numerous websites that connect owners looking to rent their place and visitors looking for an alternative to Aspen hotels.

In March 2012, Finance Director Don Taylor estimated that the city was losing out on as much as $100,000 a year in sales taxes and licensing fees from vacation rental properties that were operating off the radar — an area where the city rarely enforced the rules. City Council at that time changed its policies, allowing any property owner unlimited vacation rentals — defined as rentals of less than 30 days — so long as they got a business license, paid sales and lodging taxes on short-term rental revenues, and designated a local representative who could respond to problems with trash, parking and unruly guests. The city also brought in VR Compliance, a Virginia firm that scours the internet in search of condos that may not be paying sales and lodging taxes.

Of the 30 new licenses, 15 were the result of leads generated by VR Compliance, while the rest were from property owners who came in on their own volition, according to Kathy Yang, an accountant in the city’s finance department.

The new business licenses generated $73,000 in revenue for the city in 2013, Yang said. VR Compliance charges $100 per property it turns over that the city is able to bring in line.

A business license for a short-term-rental property is $150 a year, while combined sales and lodging taxes come to 11.3 percent, of which 4.4 percent goes to the city.

Yang noted that homes and condos that are offered on the short-term rental market through a third-party property management company are not included in the above totals. Established property management companies will take care of the licensing and taxes for a private homeowner, meaning the owner doesn’t need to get a business license if they go that route. Condos and private homes make up as much as 40 percent of Aspen’s tourist bed base, according to some estimates.

VR Compliance offers software that cross checks for-rent properties in Aspen on popular vacation rental websites with city records. If a for-rent property appears to not have a business license on file with the city, VR Compliance flags the listing and delivers the pertinent details to the city. Yang takes it from there, she said, and looks into the property records to see if the listing actually is out of compliance. She then gets in touch with the owner.

“The majority of the people I speak to just want to make sure they are doing the right thing,” she said. “They are asking questions and trying to understand [proper procedures] going forward.

“There are a few who have not been too happy to talk to me.”

No one has flat-out refused to register, Yang said.

The city may still reach or exceed Taylor’s prediction of $100,000 in unrealized revenue. The website airbnb.com is popularizing the concept of renting out individual rooms, with owners acting as hosts at their own informal bed and breakfast. On Sunday, the website showed 17 rentals available in the Aspen area for a one-night stay on the weekend of March 15, for both rooms within homes, entire homes or apartments and rooms within lodging properties. Most of those listings aren’t encompassed in the VR Compliance’s review, although some may be in the city’s system. The company is in the process of updating its search methods so it can cross check Aspen listings on that website as well, Yang said. Licensing and tax policies still apply in airbnb’s sharing economy.

“The city does not see it any differently,” Yang said.