Is There a Generational Shift in Traveler Behavior? 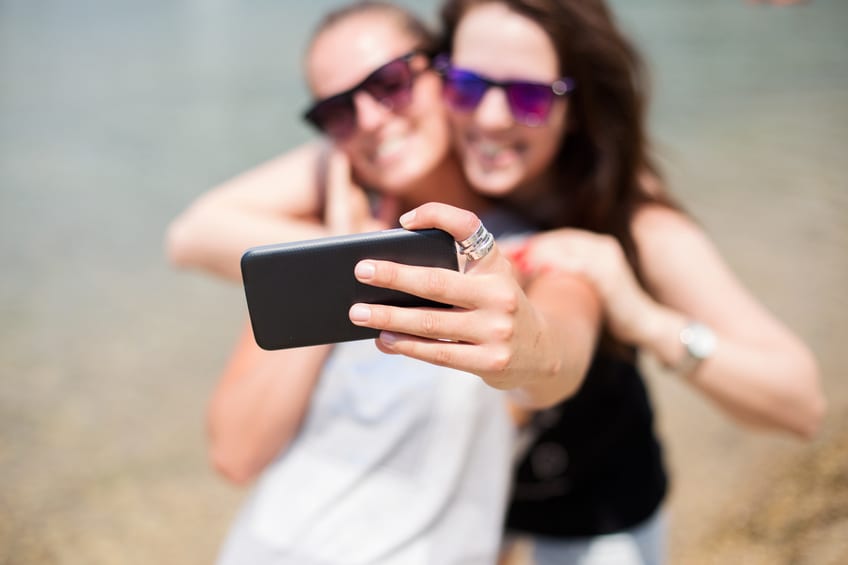 Is There a Generational Shift in Traveler Behavior?

In traditional vacation markets, the vacation rental industry has enjoyed a 30-year trend of multigenerational family trips. However, changes in millennial behavior are creating disruption in the traditional family vacation.

Historically, the large, multigenerational family vacation consisted of a matriarch/patriarch who footed most of the bill for a large vacation home for the children and grandchildren to gather every year. The ultimate score for a vacation rental manager was to capture and retain the same family for multiple years of annual vacations in large rental homes. 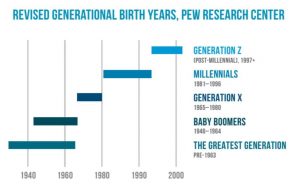 Recent data in some conventional vacation rental markets, however, is beginning to indicate a shift in family travel behavior as millennials are experiencing a late start to “adulting,” demonstrated by living at home longer and delaying marriage and parenting.

The reasons for the changing behavior are becoming more validated. The millennial generation is the first since the Great Depression to grow up in a recession—one that peaked in 2008. According to Jeff Fromm, author of Millennials with Kids (a must-read for vacation rental marketers looking to reach millennials), this generation has not experienced the economic prosperity enjoyed by previous generations, and this has shaped how and when they form their families and raise their children. So far, only 26 percent of millennials are married, compared to 36 percent of Gen Xers and 48 percent of baby boomers when they were the same age.

Although societal shifts, a changing workforce, and the economic landscape contribute to this change, low wages, student loan debt, and exponentially increasing rents are also factors. Analysts no longer blame millennials for being lazy or unambitious but attribute the shift to these macro-conditions, which have encouraged the most tech-savvy and educated workforce in history to live at home, take underpaying jobs, and feel disenfranchised from the American dream they were promised.

More than a Third of Millennials Live at Home

The Pew Research Center reported 35.5 percent of 18- to 34-year-olds in the U.S. live with their parents, compared to 26 percent in 1990. And according to Trulia, that number increased to almost 40 percent when adding those living with stepparents, grandparents, and other relatives and is at its highest point in 75 years.

“This number exceeded the 31.6 percent of young adults who were married or living with a partner in their own household,” Aimee Picchi wrote in the CBS News article, “\Young Adults Living with Their Parents Hits a 75-Year High.”\ “That marked a tipping point for the first time in modern history, since the norm for decades was for young adults to push out on their own after high school or college.”

For parents who support these adult children, it is less appealing to initiate and pay for a special family vacation when they still see one another for breakfast and dinner every day.

Millennials Are Delaying Marriage and Parenting 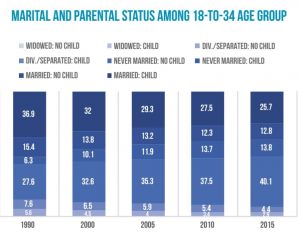 Delays in the traditional transition into adulthood among millennials carry over to having children. The share of households between the ages of 18 and 34 who had never been married or had children was 40.1 percent, compared to 27.6 percent in 1990.

“Even though unemployment rates have decreased and the economy is picking up, we know wages are stagnant, so this will impact this generation of homebuyers,” making it more challenging to save for a down payment, said Cheryl Young, senior economist at Trulia. “The millennials are getting married later and having fewer children, and that’s particular to this generation.” 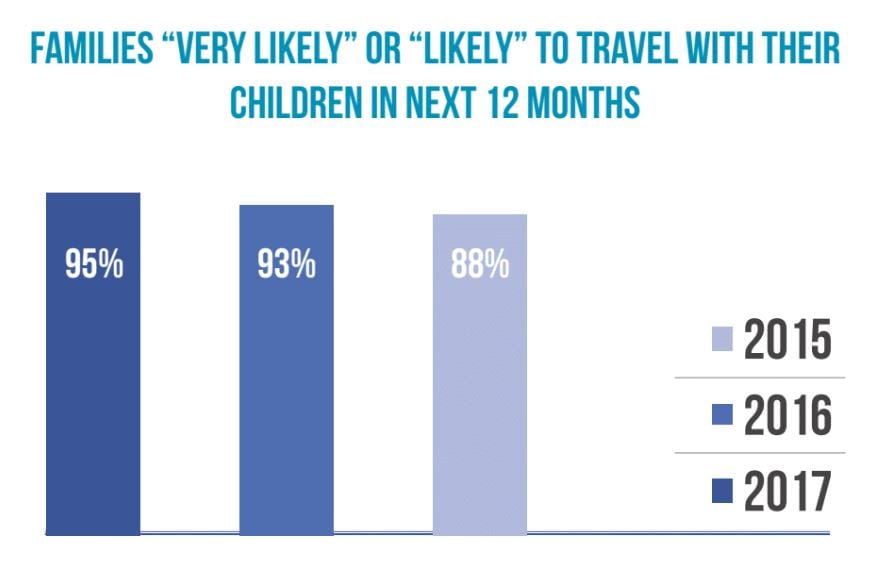 As adult children put off having children and buying a home, it is taking longer for parents to become grandparents, which contributes to a reported decrease in the number of large family vacations in some key rental destinations. The Family Travel Association found in its annual Family Travel Surveys (2015–2017) that the number of families who were “very likely” or “likely” to travel with their child or children in the coming 12 months fell to 88 percent in 2017 from 95 percent in 2016.

There is good news, however. Research is showing that millennials are following the same overall trend in home ownership, having families, and travel . . . they are just getting a later start. The Pew Research Center reported that in 2019 there will be 73 million millennials, followed by 72 million baby boomers. And the upcoming family vacation unit will be led by baby boomer grandparents with millennial children—and their children/grandchildren.

As we have reported in previous issues, millennials value travel, treasure local experiences, are tech savvy, are more brand loyal than Gen Z coming behind them and Gen X that preceded them, are more educated, are less likely to live alone, and have a strong desire to be married and have a family one day. Although their timeline is a little longer than previous generations, their trajectory is on par to catch up to their predecessors in coming years. As a result, for vacation rental marketers, finding ways to reach millennials with aspirational messaging is expected to pay significant dividends.