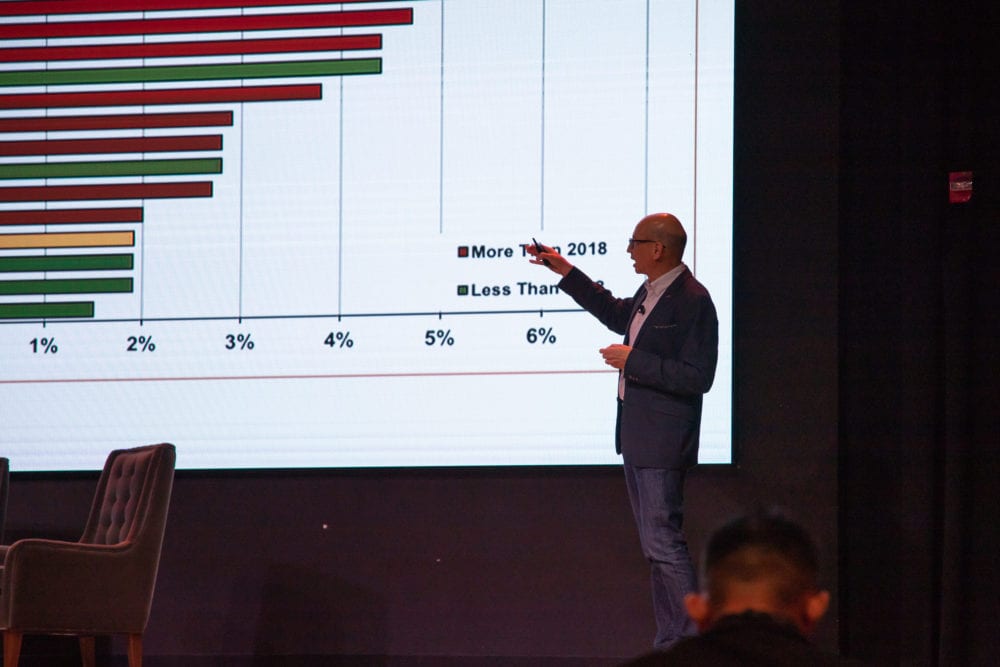 “We are in the best demand market of our lifetimes,” said Isaac Collazo, vice president of competitive intelligence at IHG. Collazo presented hotel industry trends, economic drivers, and outlook for hotel professionals at Triptease’s Direct Booking Summit at The Statler Hotel in Dallas.

Among the key statistics Collazo reported is that US hotels have set occupancy records the past three years in a row, reaching nearly 66 percent average in 2017. The previous peak was just shy of 65 percent in the mid-1990s, and there has been a 40 percent increase in hotel room supply since then.

Global lodging demand is also at a record high and is increasing at a slightly faster pace than that of the US. Seasonally adjusted January numbers going back to 2010 show US demand at about 16 percent over its previous peak, while global demand is up almost 30 percent.

In the past 10 years alone, 591,000 net rooms have been added to hotel inventory, primarily in the upscale and upper-midscale markets.

Despite occupancy and supply growth, average daily rate (ADR) growth remains below pre-recession levels. Some major markets have seen a somewhat significant increase in demand January through August of this year compared to the same time period last year, including Miami (over 8 percent), Orlando (almost 6 percent), and San Francisco (around 5 percent), while Boston and DC have seen an overall ADR decrease.

Taking inflation into account, real ADR growth is hovering around 0 percent (ADR and inflation are increasing at the same rate). With that, the faster pace of wage gains is adding to increased cost pressures.

Over the past two years, revenue-per-available-room (RevPAR) growth has remained elevated with the increases in occupancy.

Looking ahead, Collazo anticipates that the economy will cool off in the coming year as the benefits of last year’s tax reform begin to wane and economic growth slows. He and his team are also closely watching tariffs as a full-blown trade war would likely lower economic growth worldwide.

IHG expects corporate profits to continue to increase in 2019, a positive indicator for business and meetings travel, but this could change as trade slows. Arrivals to the US are also expected to increase through 2020 along with a still-growing desire to travel.

Collazo and his team predict supply growth pace to slow amid construction labor shortages and rising costs. Still, more than 168,000 hotel rooms are currently in the construction pipeline, 63 percent of which are in the upscale or upper-midscale categories.

With supply growth beginning to plateau in the next one to two years, Collazo and his team expect occupancy to remain at record levels (predicting 66.3 percent in 2018 and 2019), followed by a drop to 65.9 percent in 2020. They expect ADR growth to slow further.