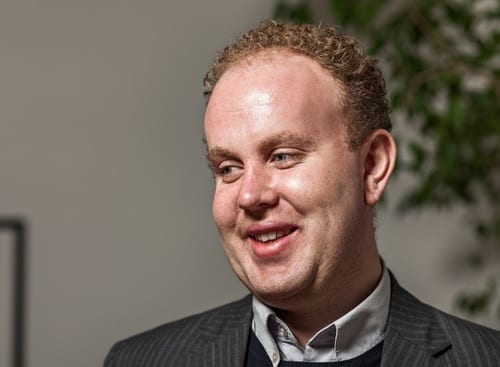 Arnaud Bertrand founded Housetrip, a UK-based online vacation rental marketplace, in 2009 and served as CEO until he stepped down in 2014. During his tenure as CEO, Housetrip raised $60 million and grew to 300,000 listings. Bertrand recently wrote an article for Hot Topics, which they dubbed “amazingly honest,” in which he discussed what he learned from both his successes and failures. Bertrand is currently writing a book about his experience with HouseTrip.

When I founded HouseTrip seven years ago I had the naivety that many first time entrepreneurs experience.

I thought that armed with a good idea and a great deal of confidence, the world would be mine.

Today writing a book about the whole experience enables me to see how comically deluded I was: what I thought would be a hard but relatively straightforward journey ended up being an experience so exacting that even today, months after I left the management of the business, I still go to sleep every night thinking about stressful episodes from my time at HouseTrip.

I consider myself extremely lucky to have gone through such a formative experience and if anything it reinforced my desire to be a life-long entrepreneur but I know now that founding a company is anything but straightforward.

The funny thing is that if today’s me told past me about the challenges I was going to encounter at HouseTrip I don’t think I’d have listened to a word of it.

Most first time entrepreneurs seem to be victims of the Dunning–Kruger effect (which states that the more useless you are at something, the better you think you are) and I was far from spared: “sure they’ll be some challenges along the way but I’ll deal with them when they arise, no big deal” was my frivolous thinking. In a way this might be a good thing: if everybody understood how punishing the journey of a first time entrepreneur is, only fools would start companies.

And after all, doesn’t good judgment come from experience and experience from bad judgment?

Nonetheless I still hope that you, dear reader, will be open to some hard-earned lessons from years of managing a business through some incredible ups (HouseTrip employed hundreds of people and raised $60 million from Europe’s top venture capitalists) and some very low downs.

For you I have compiled the three biggest lessons I wish the past me had listened to.

1. Succeeding at building a good business is first and foremost succeeding in the art of hiring and managing people.

There is this mystique out there of CEOs being greater-than-life individuals who, alone, give every last bit of direction in an organization (propagated in large parts by the numerous hagiographic portraits of CEOs in the media): I think that managing people this way only leads to demotivated employees who lack initiative and a CEO who’s so embroiled in the foliage of the business that she cannot see the forest.

If your company has any ambition the only way to manage your people is to do so in a way where they have a healthy amount of freedom and empowerment (while of course remaining accountable for the outcome of their work).

Being a good leader isn’t only about a group of people putting their faith in you but it also depends on you putting your faith in them.

There is no silver bullet to achieve this – there never is – but organizing your business in a way where you have “companies within the company” typically helps.

The idea is to divide things in a way where as many people in your company as possible end up being individually in charge of all aspects of their own business unit and accountable for the profit (or other important KPIs) that it is supposed to generate.

That’s the way some of the world’s most successful companies are set up and there are many great entrepreneurs who state that this empowering organizational design was the single greatest factor behind their success.

The key for this to work for first time entrepreneurs, is to hire the right people in the first place and I cannot understate the importance of having an extremely rigorous interview process from day one.

For each new role (and especially the most senior ones) you need to ask yourself – and then ask yourself again –whether you really need the role and then you need to devise a recruitment process which only the right person for the role can nail.

2. Having a differentiated product or service is far from being enough to capture your market.

If we are to take a military metaphor, to win the war you need to first secure your beachhead and then progress battle after battle.

And in the world of business securing beachheads and winning battles means becoming the solution of choice for coherent segments of customers.

Our example at HouseTrip is quite telling: I think that our failure to go for a sensible market capture strategy is the single greatest reason behind the lead that Airbnb has on us today.

When we were focusing on tactics (namely trying to be present in Google’s paid search results for all keywords relevant to us) they were ruthlessly applying their market capture strategy: before we knew it they’d established a very strong brand among key segments in our market and that was extremely difficult for us to counter.

They started, very sensibly, with a small (but very strategic) beachhead fit for the startup with limited means that they were at their beginnings: young American budget travelers.

Once they’d captured it they went for the same segment in other countries around the world and progressively expanded their offering to appeal to a larger public.

We at first grew very fast thanks to our Google tactics, but we progressively found ourselves in a situation where everyone started to know about Airbnb and our own customers were simply saying “I booked my flat from a website I found on Google.”

From that point on it was very difficult to compete with them. They were the brand everyone knew and told their friends about.

Our respective products, in all honesty, weren’t all that different (I’d actually argue that ours is in many ways better) but because they approached the whole thing strategically by winning hearts segment after segment, whilst we focused on tactics, they’re the leader today.

3. Founding a company and seeing it to success is winning a whole lot of fights against yourself.

We humans have a natural tendency to create our own Truman Show, our own cell of comfort: entrepreneurship is really hard because it’s about constantly forcing ourselves outside this cell.

For instance for me the hardest thing was not to lie to myself.

Often when I was faced with bad news I’d simply bury them in a deep corner of my mind and choose to focus on more positive thoughts. Worse still, I’d not share them with others in the team thinking that they were my burden to carry and that my role as a leader was to give a positive impression about the direction of the business.

This of course meant that too often bad news weren’t acted upon: not surprising if I didn’t face it and didn’t ensure that those who were part of the solution knew about the problems.

Personally that was my biggest fight but all first time entrepreneurs are different, the only certainty is that you’ll fight yourself in some way.

For instance I know many first time entrepreneurs who struggle with their ego (entrepreneurs are after all not the most ego-free bunch) and who as such tend to do things motivated by the image of themselves that they want to project to others (be it the public, their employees, their investors, etc.).

If you are this way you need to be cognizant of the danger: this isn’t about you but about your business succeeding and the right decisions are sometimes bound to be unpopular.

Re-reading myself I realize that these three lessons might not give the first time entrepreneurs among you the most motivational image of entrepreneurship, so let me counterbalance this with a rather fitting quote from Winston Churchill.

Right before the start of WW2 he wrote: “The odds were great; our margins small; the stakes infinite”.

In entrepreneurship too the stakes are infinite – in many more ways that you might imagine – and this my dear reader is why, despite the hardship you’ll inevitably face, you shouldn’t hesitate to act on your great startup idea.

After all, to quote Churchill again you don’t want to become “the old man who said on his deathbed that he had had a lot of trouble in his life, most of which had never happened”: you want to experience what life has to offer, hopefully see your bet yield those infinite returns and if not, still get a return by emerging from your extraordinary experience a stronger, prouder and wiser person.