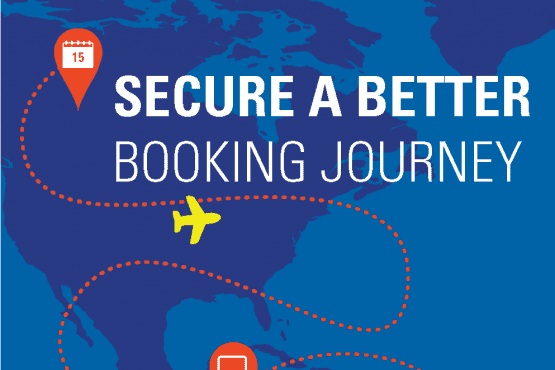 The U.S. hotel industry plans to step up a lobbying and public relations attack on Expedia Inc. and Priceline Group Inc., hoping to convince consumers and members of the Trump administration that the travel-booking giants are monopolistic.

The American Hotel & Lodging Association, an industry group whose membership includes Marriott International Inc., Hyatt Hotels Corp. and Hilton Worldwide Holdings Inc., devised plans for a campaign saying the online travel companies use unfair practices in their search businesses, according to board meeting documents seen by Bloomberg. The trade group intends to lobby Federal Trade Commission officials on the issue and try to ensure that new members picked by President Donald Trump are friendly to hotels, according to the documents prepared for a January meeting of the group’s board.

A proposed marketing campaign aims to portray online travel companies as monopolistic by highlighting that different booking sites like Booking.com, Hotwire.com, Kayak.com and Travelocity all fall within the empires of Priceline and Expedia. “The rollout will play off the Monopoly board game to better underscore that the individual companies are really owned only by two major players,” the documents said.

“There is nothing surprising about AHLA’s efforts to educate government officials and consumers about the negative consequences of increased consolidation within the online travel agency marketplace,” Rosanna Maietta, senior vice president of communications for the AHLA, said in an email.

“The Expedia and Priceline duopoly hurts consumer choice and the small businesses in our industry, which represent some 60 percent of all hotels in the U.S., who are struggling to compete as a result of the gouging commission rates” charged by the online travel agencies, she said.

Commissions charged to hotels can range from 10 percent to 20 percent, more than airlines pay for flights booked through these sites.

Hotels may be feeling some jealousy toward tech-enabled travel companies. Priceline and Expedia have grown into behemoths during their 20-year histories, with Priceline’s $94 billion market cap far outstripping Marriott, the world’s largest hotel operator, at $37 billion. Even Airbnb Inc., which doesn’t own its own properties, has a private valuation of about $31 billion.

“Priceline and Expedia, they just have so much scale,” said Douglas Quinby, vice president of research at travel analyst firm Phocuswright. “What they’re investing in technology on an annual basis dwarfs the valuations of most hotel companies.”

The documents also outline plans to re-brand the hotel industry as tech-savvy and innovative. The group wants to get more hotel executives speaking at technology conferences and is planning “field trips” for political staff to visit hotel “innovation labs,” according to the documents. “We want to create an environment where the hotel industry is thought of inside the Beltway as an innovator with an important voice in technology policy discussions.”

Hotels are making an effort to catch up with the times by adopting, for example, smartphone apps that let customers get into their rooms without a key card, Quinby said. They’re also spending money on acquiring stakes in tech startups, though at a much slower pace than Priceline and Expedia. Accor SA, Europe’s largest hotel operator, spent $168 million last year to acquire Onefinestay, an alternative to Airbnb.

The hotel industry is also trying to thwart Airbnb. Last month, The New York Times reported the trade group’s plans to stifle the home-booking startup by lobbying politicians and funding studies to show Airbnb hosts harm local neighborhoods by dodging taxes and ignoring safety regulations required of hotels. Bloomberg verified the documents. Chris Lehane, Airbnb’s head of global policy, told reporters this week that the hotel association has been struggling to slow the upstart’s growth for years and called the industry a “cartel.”

Whereas hotel chiefs insist publicly that they’re not worried about Airbnb, they have groused openly for years about how online booking platforms display search results and how much hotels should pay for access to customers booking through these sites. Hotel giants need Expedia and Priceline to help fill their rooms every night, and the online bookers rely on lodging for the bulk of their revenue.

Their disputes peaked last year as the major hotel chains stepped up their efforts to get customers to book directly on their websites by offering special deals and expanding loyalty programs. Hilton even ran an advertising campaign called “Stop Clicking Around” that called on consumers to book directly on its website instead of trolling through online booking sites.

Part of the rationale behind Marriott’s roughly $14 billion takeover of Starwood Hotelsand Resorts is that the combined group could have a larger loyalty program and more heft when it comes to negotiating fees with Expedia and Priceline. Starwood hotels now command lower commissions from Expedia and Priceline, Marriott Chief Executive Officer Arne Sorenson said at an investor meeting in March.