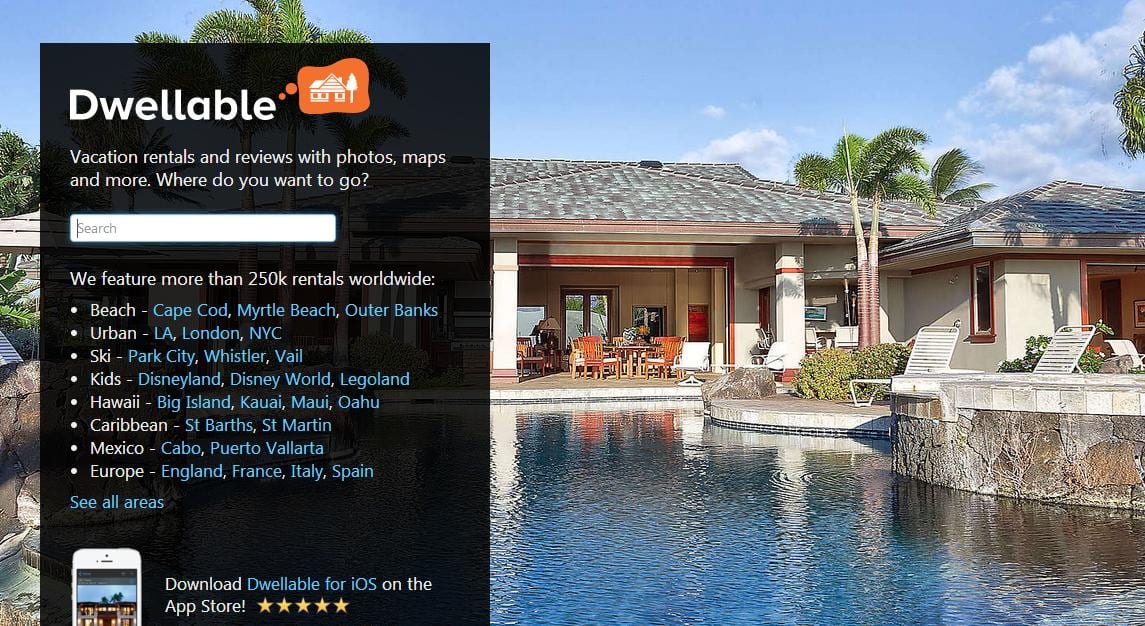 By John Cook, —Dwellable has found a new home. The Seattle vacation rental startup — founded three years ago by developersNathan Kriege and Adam Doppelt — has been sold to its primary rival HomeAway.

Terms of the deal were not disclosed, but CEO Kirby Winfield said it was a positive outcome for investors. Dwellable raised just $2 million in funding — a pittance compared to other heavily-funded competitors in the online vacation rental arena. For example, publicly-traded HomeAway boasts a market value of $2.6 billion. 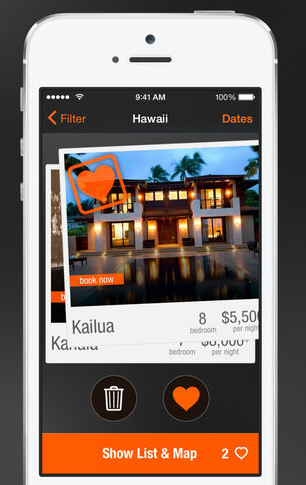 As a result of the acquisition, six members of the Dwellable team — including Doppelt and Kriege — will move to Austin. (Winfield will not join HomeAway, staying in Seattle). In addition, HomeAway plans to phase out the popular Dwellable app and service in the next 30 days, and the company is no longer facilitating new reservations through the service. Property owners are now being directed to HomeAway.

Winfield said he been talking to HomeAway since he joined as CEO in June 2013. “Their massive reach into consumers globally was something that just made sense,” said Winfield.

On a shoestring budget, Dwellable built an immersive and highly-rated app which in many ways outperformed the offerings from the much larger HomeAway. Last year, after raising the company’s $2 million venture round, Winfield said that they liked the idea of competing against a big rival.

“It is always great when you can put a target on one player, instead of 10 or 20,” he said. “There is still a real vacuum when it comes to brands in the category.”

The acquisition makes sense for HomeAway, which gobbles up top mobile developers and engineers. That mobile DNA will be injected immediately into HomeAway, which has been working hard to improve its mobile apps.

“The Dwellable team has built an incredible product with an impressive and growing base of travelers who use the app to book vacation rentals,” said HomeAway co-founder and CEO Brian Sharples in a release. “With 48 percent of travelers coming to HomeAway from mobile devices, it’s important for us to continue improving our mobile experience, with an even stronger emphasis on functionality and design for the traveler. Dwellable will help us take that next step.”

With 48 percent of travelers coming to HomeAway from mobile devices, it’s important for us to continue improving our mobile experience, with an even stronger emphasis on functionality and design for the traveler. Dwellable will help us take that next step.

Doppelt came up with the idea for Dwellable after a horrible Hawaiian vacation rental experience, one which featured rodents in the ceiling and a noisy construction project next door.

It marks the second successful outcome for Seattle entrepreneur Doppelt, who previously co-founded restaurant director service Urbanspoon. Urbanspoon was sold to IAC in 2009, and then sold again earlier this year to Zomato, which subsequently shut down the service.

It also marks the second positive outcome for Winfield, who previously sold AdXpose to comScore for $22 million.

John Cook is GeekWire’s co-founder and editor, a veteran reporter and the longest-serving journalist on the Pacific Northwest tech startup beat. Follow him @johnhcookand email john@geekwire.com.
Related Items
Click to add a comment