Glad To Have You acquisition details disclosed in financials 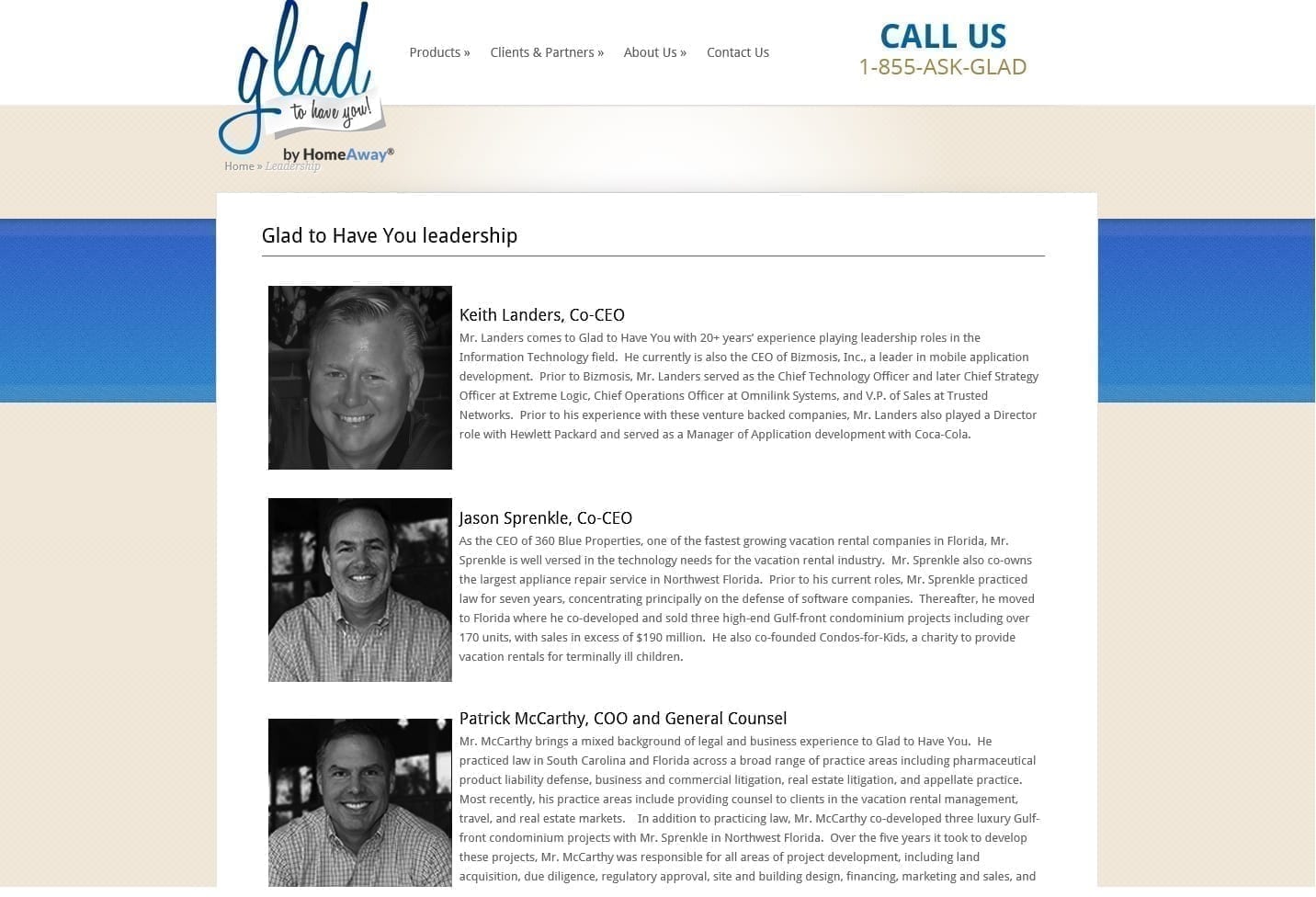 HomeAway’s Q3 2014 report disclosed more details about the agreement reached in the acquisition of mobile app provider Glad To Have You, including the purchase price of approximately $16,791,000

Excerpt from HomeAway Inc. for the Quarterly Report ended March 31, 2014

In March 2014, the Company acquired Glad To Have You, Inc. (“Glad To Have You”), a United States company that is the creator of a mobile guest management solution for the vacation rental industry, for cash consideration of approximately $16,791,000. The direct acquisition costs incurred by the Company were not significant to the Company’s operating results, and all such costs were expensed as incurred and included in general and administrative expenses in the consolidated statement of operations.

Of the total consideration paid, $250,000 of the cash consideration was deposited in escrow as security for the benefit of the Company against breaches of representations and warranties, covenants and certain other expressly enumerated matters by the sellers. The escrow funds not used to satisfy such seller obligations will be released to the sellers two business days following the first anniversary date of the acquisition. In addition, $250,000 of the total cash consideration was deposited in escrow as security and pending final net working capital related purchase price adjustments. These amounts are expected to be paid within 120 days after acquisition.

The following table summarizes the Company’s acquisition during the three months ended March 31, 2014, with amounts shown below as fair values at the acquisition date (in thousands):

Tangible net assets (liabilities) were valued at their respective carrying amounts, which the Company believes approximate their current fair values at the respective acquisition dates.