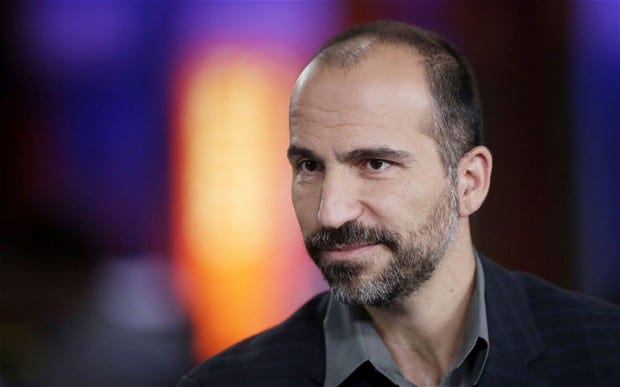 According to the New York TImes, Uber has selected Expedia CEO Dara Khosrowshahi to take over the CEO role left vacant after the controverisal resignation of its co-founder, Travis Kalanick, on June 20.

CNN reported, “Khosrowshahi was not among those reported to have been in the running. The short list included Jeff Immelt, the former CEO of General Electric (GE), and Meg Whitman, the head of Hewlett Packard Enterprise (HPE, Tech30).”

“Khosrowshahi is considered the ‘truce’ choice for the board, which has been riven by ugly infighting between ousted CEO Travis Kalanick and one of its major investors, Benchmark. Benchmark had backed Whitman, while Kalanick had backed Immelt,” reported Recode.

Mark Okerstrom has beed tapped to take over for Dara Khosrowshahi as president and CEO.

“Prior to Dara leaving, Mark Okerstrom was his principal partner in operating the company — and therefore this transition is as natural as water flowing down a snow-packed mountain. There was no other candidate that the Board considered,” Expedia Chairman Barry Diller, boss of IAC’s media and tech business, said in a statement. Khosrowshahi said Okerstrom is “a tireless, strategic, and steadfast leader.”

“Running Uber will be no easy task,” reported the New York Times. “Even with Uber’s business growing and on a path toward a possible initial public offering, Mr. Khosrowshahi will have to disentangle the company’s workplace culture, legal challenges and regulatory scrutiny.”

Khosrowshahi has been heavily involved in driving the direction of HomeAway, the vacation rental platform the company purchased in late 2015. If Khosrowshahi accepts the postion, as all indicators point he will, vacation rental industry observers will be watching closely to see how new leadership will trickle down to the vacation rental marketplace that is currently facing significant opposition from its rental home suppliers and is in a fierce battle for market share with Airbnb.

In an interview with Tnooz Khosrowshahi said, “Expedia and Uber each have to build up supply and demand marketplaces,” Khosrowshahi told tnooz. “That presents the chicken and the egg dilemma –you can only build supply to the extent that you can deliver demand, but demand can only be satisfied if you have the supply footprint. That’s something that Expedia is familiar with and something that Uber has perfected and will continue to perfect over its lifetime.”

Uber has also lost several key executives this year and is currently trying to fill these top positions, including CFO, COO, CMO and president.

Skift Reports on the Current State of Relationships Between OTAs and Hoteliers
The Tech-Enabled Vacation Rental Company Has Arrived, But What Does It Mean?