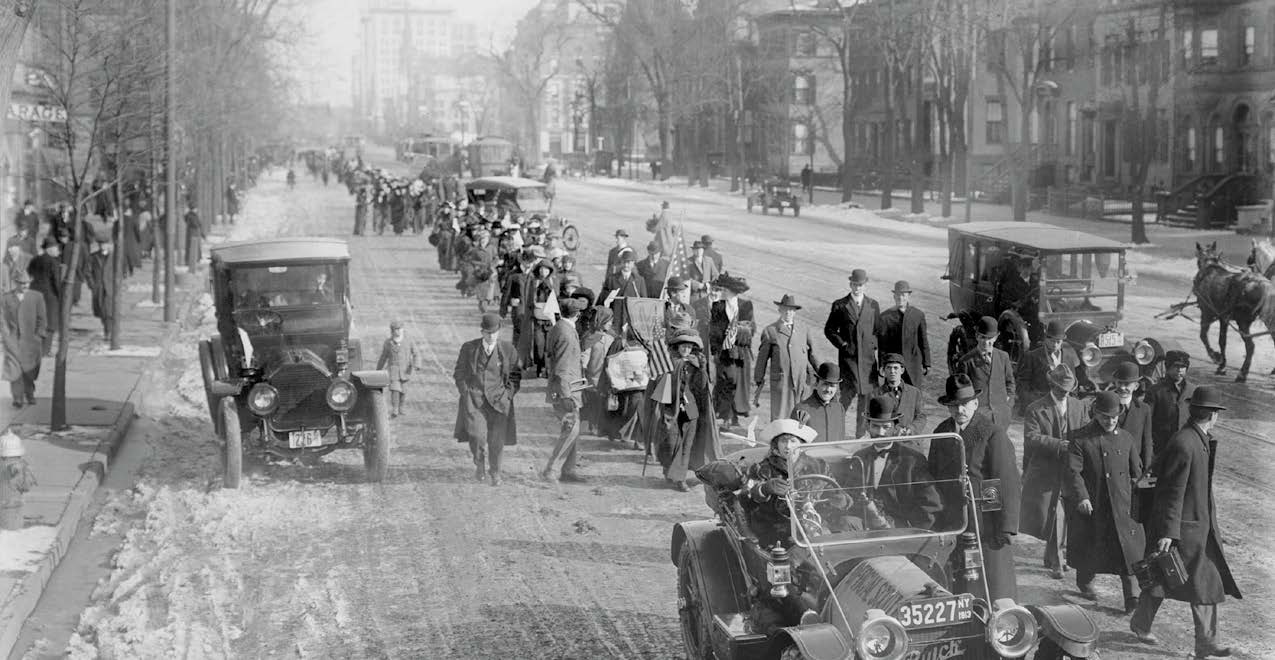 Growing up, we assumed the automobile has always been considered as American as apple pie. Then we looked a bit closer at the history books and saw mirrored back at us a stunning image of our own industry.

A Tale of Two Cities: New York and Detroit

In 1896, the first gas-powered vehicle sped through the dirt streets of Detroit at a blazing 20 mph. At the time, early drivers weren’t practiced with the physics of driving, so accidents and “turning turtle” were common. 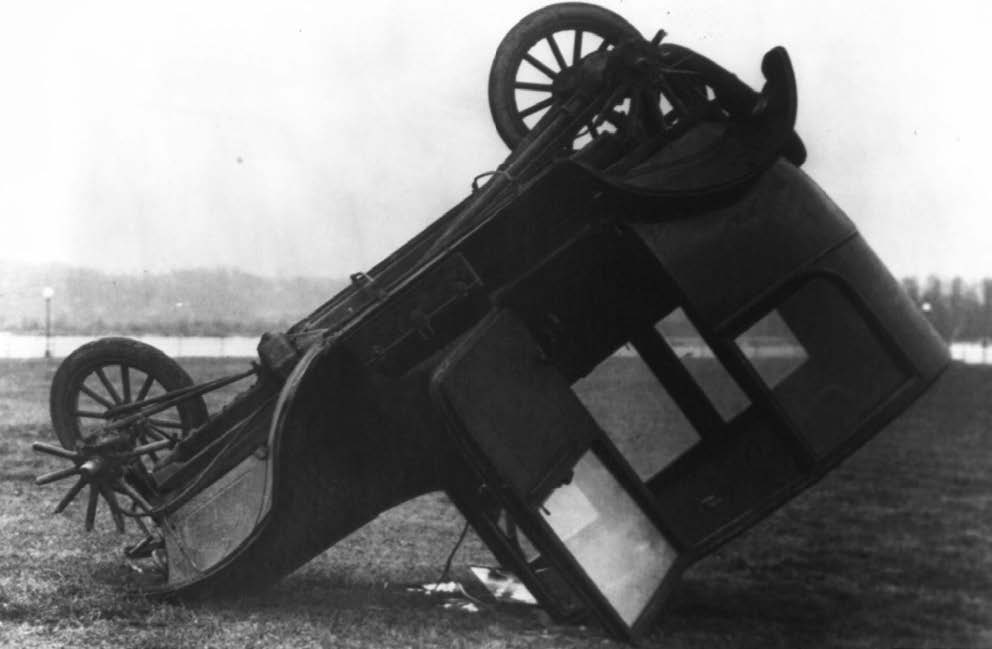 Foreseeing the chaos of adding automobiles to already congested roads, he set out to put order to it.

Just three years later, he crafted the city’s first traffic code, with driver rules on lane use, passing, turning, and other basics. He would later expand this in Street Traffic Regulation in 1909, laying the foundation for general regulations, city planning, signage, licensing, and more.

At the time, cars were expensive and often used through hired chauffeurs. However, Henry Ford changed everything when he set out to make the automobile affordable to those who made them. The resulting Model T assembly line suddenly democratized access to cars—not unlike the advent of online travel agencies (OTAs) in the 1990s and 2000s.

As soon as Model Ts rolled onto streets across the country, they were met with vociferous public opposition. Early cars were “terrifyingly loud,” accidents and recklessness increased, and haphazard parking clogged streets. 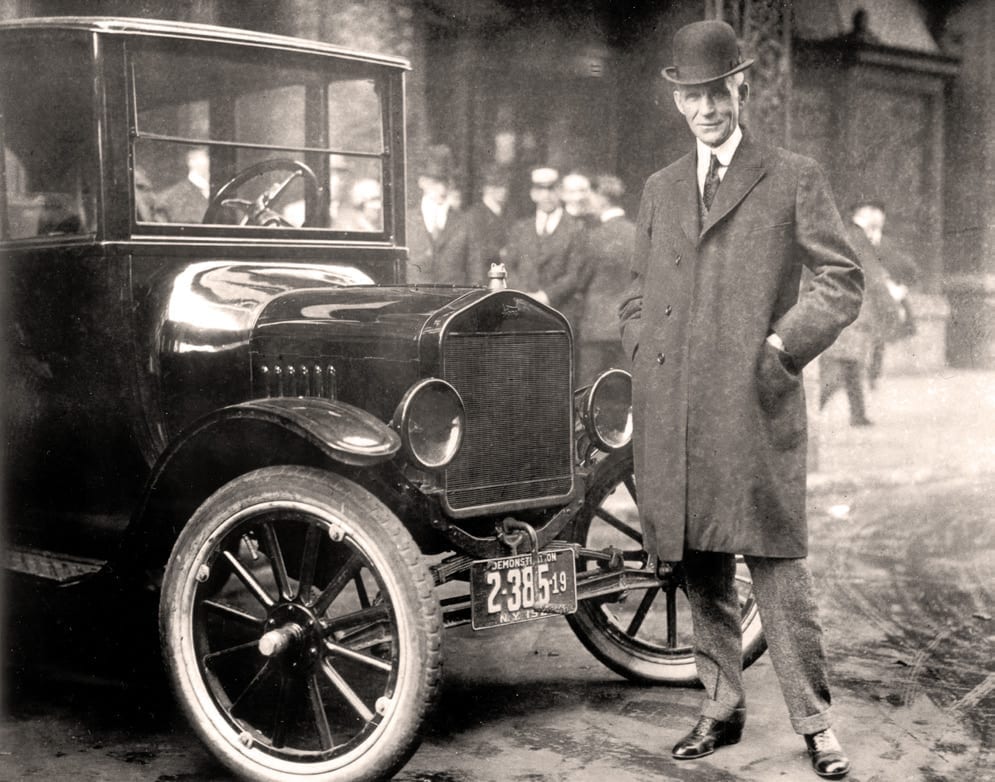 Meanwhile, in Detroit, cars were still not considered essential transportation. As Bill Loomis wrote in the Detroit News, “It was their speeding that confused pedestrians, frightened horses, and tore up the roadways.”

So policymakers first tried turning back the clock with a 5 mph speed limit to match horse-drawn buggies and “make the streets as slow and safe as they were before cars,” a measure akin to today’s attempts to “slow down” vacation rental (VR) activity by throttling reservations and permit caps.

Detroit’s 5 mph limit proved equally ineffective because it was so slow that cars would stall, causing even bigger problems.

The Headlights Turn On

By 1916, Ford’s assembly line and scale had reduced automobile costs enough to increase sales 67-fold—a shift in consumer demand unlike any seen before. To call the jump from 200,000 cars in 1909 to 2.25 million in 1916 “disruptive” would be an understatement.

As Detroit earned its Motor City nickname as an auto production capital, automobiles’ essentialism was no longer a debate, and city officials could not ignore their massive economic benefit.

Within a year, 25 percent of Detroit’s police force was managing traffic, yet collisions remained unmitigated, with pedestrians accounting for most accident victims by 1917. Citing the menace to the non-motoring public, activists widely called for cars to be banned, even as their popularity rose. (Sound familiar?)

Still, Detroit was becoming increasingly dependent on automobile production, so it realized it needed to solve the negative publicity and fear, too. The time had come to try a new approach to bringing harmony to the streets. 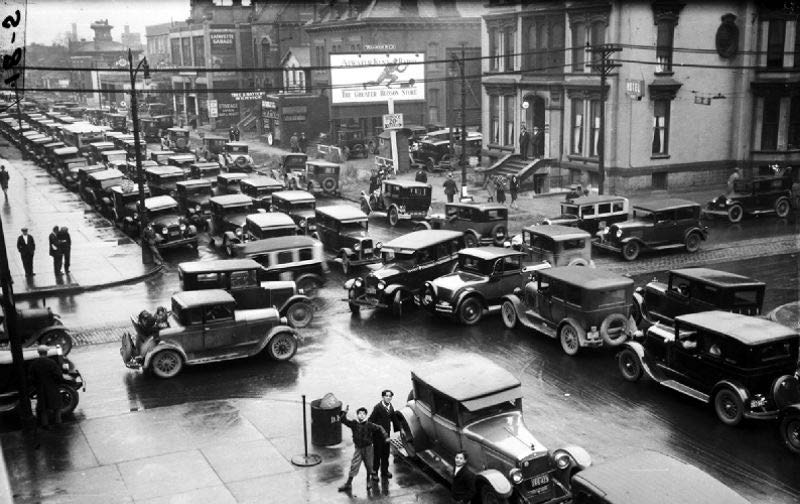 Traffic jam at Lafayette and Third Street in Detroit

According to an announcement in Motor Age in 1909, the Detroit Motor Club was a group created to “fulfill the purpose of a gathering place for all motorists, primarily for the owners of cars, but including as well the retail and manufacturing departments of the trade . . . It is the intention of the organizers of the new club to make it one that does things.”

Perhaps one of the most critical “things” the club produced was a drivers’ Code of Manners. It reminded drivers that regulations protect them, too, and laid out basic rules of common courtesy and self-policing for drivers, ending with a poignant suggestion: “Don’t, therefore, be an obstacle in the path of the progress of automobile good driving.”

This good faith statement shifted focus to preventing problematic drivers and not eliminating the automobile itself.

During this time, Eno formalized this innovation in a different way in New York City. In 1921, he founded the Eno Transportation Foundation (now the Eno Center for Transportation) with the mission to “promote safe mobility by ensuring that traffic control became an accepted role of government and traffic engineering a recognized professional discipline.”

Eno was thinking two steps ahead, mindfully considering what would come after traffic management and safety basics were to become commonplace.

The combination of enforceable and uniform rules, public education, and technology paved a superhighway for the safe, accepted, and widespread use of automobiles. 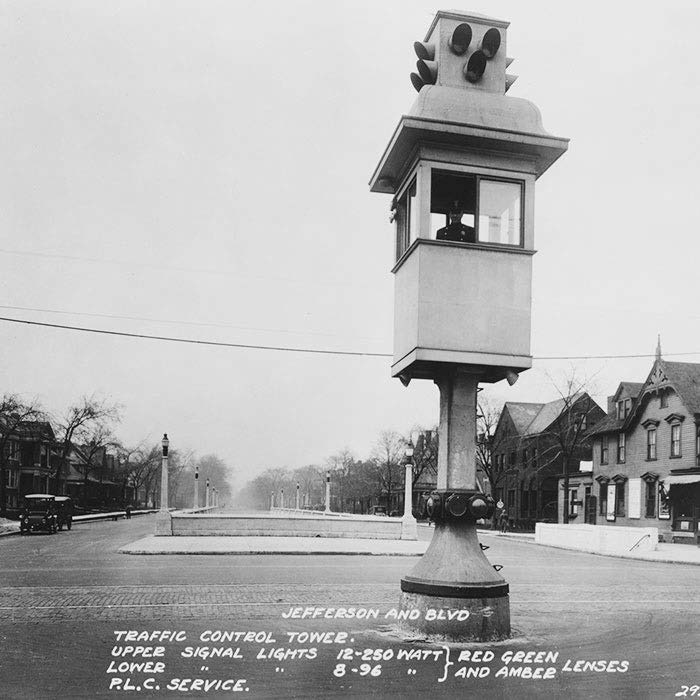 The first electric traffic light at Michigan and Woodward in Detroit, “Mr. ‘Trafficlight,’”

History Looking Back at Us

Nearly 100 years later, we are witnessing a strikingly similar dramatic disruption in consumer preferences for lodging and resulting regulatory challenges. Short-term rental (STR) usage in the United States has gone through the roof, driven by the democratizing effects of the internet and booking platforms. From 2010 to 2015, the percentage of Americans who had booked STRs quadrupled from 8 percent to 32 percent, according to Phocuswright. We’ve since seen further growth as travelers seek the inherent advantages of private homes as lodging options during COVID-19.

However, as with automobiles, the more popular vacation rentals become, the greater the backlash—especially at the local level. Over the past few years, you can’t have read the news without seeing headlines about STRs that make your hair stand up.

Thankfully, a better future is perhaps more firmly in the grasp of the readers of this very magazine than any other stakeholder. Property managers are among the best equipped to write the rules of the road, design our Code of Manners, and put in place our own Detroit Plan. Thankfully, that road map to make your standards the standard comes neatly packaged to us from history, complete with the lane markings and guideposts we’re calling the five Ps: People, Policy, Plan, Passion, and Power. 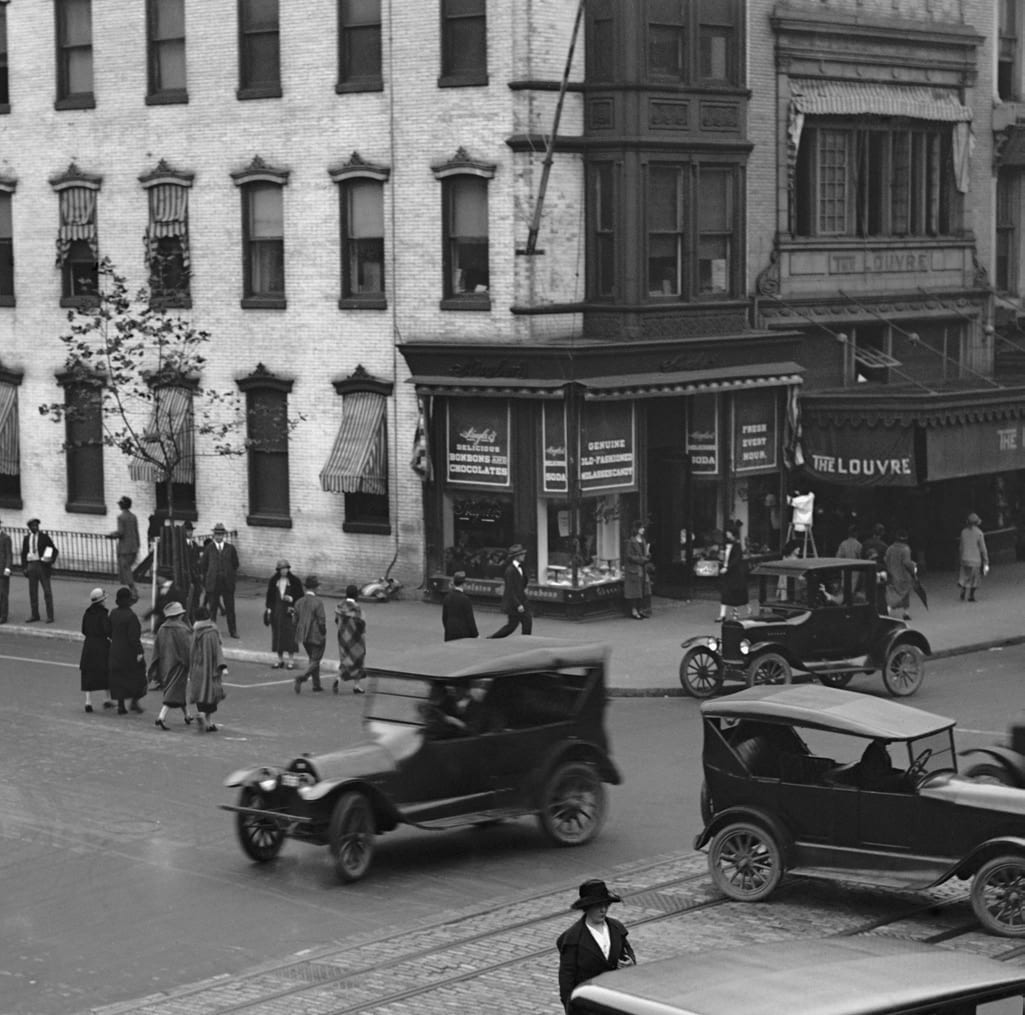 First and foremost, as stakeholders in our communities and experts in vacation rentals, we must take the wheel, not the back seat, to solve public policy issues.

The Detroit Plan worked only because industry experts, enthusiasts, and innovators brought solutions to the table. Rather than denying the issues, the stakeholders recognized that they had a duty to devise policies, implement education, and employ technology to avoid the avoidable.

We have our Enos, those who think years ahead for the betterment of all. We have our bullish Couzens, too, those who demand a seat at political tables. We must recruit those like Samuel Walter Taylor, an editor who published Eno’s first editorial and enthusiastically aided his efforts from then on.

More than ever before, we need our own Detroit Motor Clubs: groups of enthusiastic citizens who simply want to create a better future for all.

Tip: See if a group exists in your area by searching the local alliance directory on RentResponsibly.org.

Today, we don’t question the need for a driver’s license. We don’t think twice about putting on our seatbelts, staying in our lanes, and stopping at stop signs. We expect our cars to come with turn signals, brake lights, and rearview mirrors.

Professional property managers have solved many common public complaints. Our insights can relieve our public officials who, more often than not, are simply looking to quiet the complaint hotlines. Why not help them craft fair, effective, and enforceable laws that actually work for everyone?

We must also adopt our own Code of Manners, regardless of the laws that govern us. Check out our take on such a code at RentResponsibly.org/Oath, or use it to inspire your own. What matters most is that we voluntarily agree to a set of responsible expectations to prevent us from becoming an obstacle in the path of progress of good VR/STR management.

Like Eno, we must look years and decades ahead. The laws we write today must not serve solely our own self-interest, or else we’re stalled from the start. We must focus on the next generations—not only those who will one day take over our companies but also those who will be our future neighbors, local businesses, and policymakers. How do we ensure vacation rentals serve them best, too?

You don’t have to be a policy wonk or government relations pro to help create successful laws. What matters more is passion. Fun fact: Eno himself never once drove a car. In his words, he took up the issue of traffic regulation because “Its usefulness in saving life, time and money became so apparent that it has interested me absorbingly.”

This simple, passionate interest is the same reason so many of us fall into the vacation rental industry by chance but choose to stay for a lifetime. As long as we bring our passion to city hall, we can change history.

Of course, progress often requires some power to make change. It’s long past time for VR professionals to take a seat at the table—and we can no longer wait for a formal invitation.

Many can negotiate with their cities without a formal position. However, like Couzens, we can claim a seat at city hall and use our industry expertise as a public service. For some, sitting on their cities’ STR boards is a great place to start. At Rent Responsibly, three of our staff members have served on city task forces and committees. Others may run for office, like Breckenridge Resort Managers CEO and VRMA president Toby Babich, who serves as Blue River, Colorado’s, mayor.

“Many government officials are surprised to discover that the vacation rental industry is a collection of local, professional, and community-minded small businesses that have many of the same goals as our local governments,” Babich said. “While promoting the vacation rental industry should never be the sole reason to serve, certainly service to our communities through elected positions, committees, boards, or community groups offers us the ability to tell our story, present informed information, and influence discussions that directly impact our businesses.”

Time to Hit the Gas

For automobiles, a successful regulatory foundation enabled the decades of advancement that led to the ubiquity of the automobile as we know it today, including standard safety features and state-mandated drivers’ education and licensing. Thus, like the 1920s for automobiles, the 2020s is our decade to take the wheel and steer our industry, along with our local government partners, to a limitless future with a regulatory framework that works, once and for all.

As Abe Lincoln said, “The best way to predict the future is to create it.”