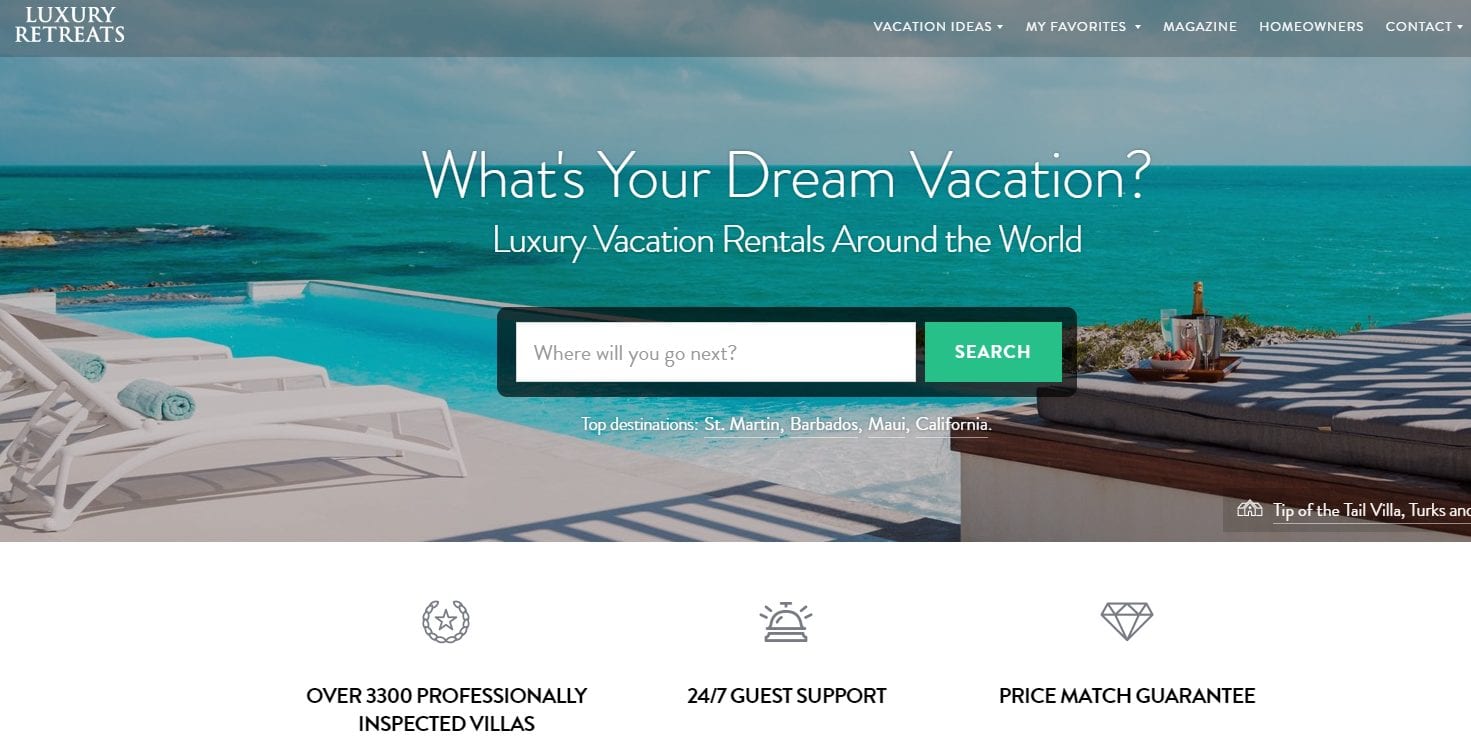 Airbnb moved into the luxury vacation realm Thursday, saying it’s acquired high-end vacation rental company Luxury Retreats. Airbnb declined to disclose the financial terms of the deal, but according to Bloomberg, Canada-based Luxury Retreats is said to be worth about $300 million in cash and stock.

Airbnb has gone from a website for couch surfers to having a massive online presence in the just under a decade. It lists roughly 3 million homes for rent in more than 50,000 cities. Over the past year, the company has started expanding from being solely a home-rental service into a full travel agency by letting travelers book day trips and excursions through its site.

“From airbeds in an apartment to castles to villas, Airbnb has always been focused on providing a broad range of amazing experiences and trips,” Airbnb co-founder and CEO Brian Chesky said in a statement. “I’m excited to work with the Luxury Retreats team to serve more travelers.”

Luxury Retreats, headquartered in Montreal, has more than 4,000 homes in 100 locations worldwide, such as Tuscany and Paris. It caters to the affluent crowd, with upscale villas and a concierge service.

“Brian’s vision, values and approach mirror what Luxury Retreats has been focused on in the luxury market since 1999,” Joe Poulin, Luxury Retreats founder and CEO, said of Chesky. “Airbnb has revolutionized global hospitality, connecting a vibrant community of hosts and guests to deliver a tremendous amount of unique travel experiences.”

Airbnb has been on a buying spree over the past few weeks. It bought a stake in restaurant reservation startup Resy in January and it’s said to be in buyout talks for the payment app Tilt. Airbnb will continue to engage in these types of investments, a source close to the company told CNET last month.

Investors have been impressed with Airbnb’s potential. The company has raised a total of $3.1 billion in venture backing, which makes it the fourth highest-valued venture-backed company in the world, with an estimated valuation of $30 billion.

Currently, Luxury Retreats will remain in Montreal and continue to act as a standalone brand, Airbnb said. But over time the luxury company’s listings will be integrated and highlighted on Airbnb’s platform.

Airbnb’s Lack of Safety Concern is a Danger to All
HomeAway is trying to remove your property name. Here’s why you can’t let them.