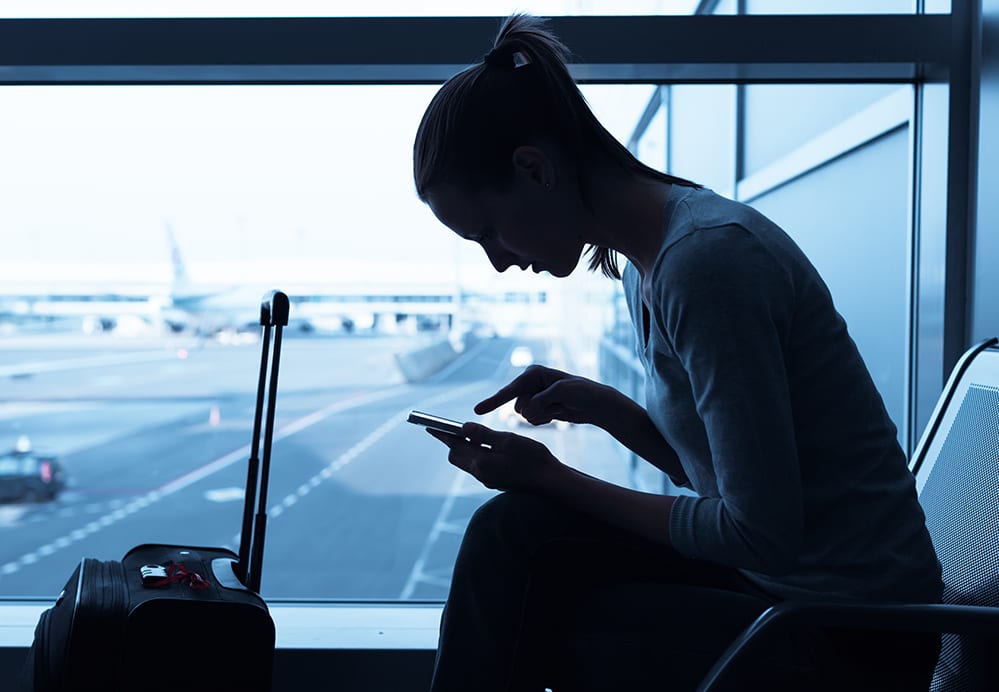 “We are going to be free to travelers,” said Brian Sharples, co-founder and CEO of HomeAway, to shareholders in November of 2014.

“TripAdvisor and Airbnb have chosen to charge big fees to travelers,” Sharples continued. “Well, we’re going to have a pretty sizeable marketing budget in the next few years. And we’re going to be letting everybody know, when you come to our platform, you don’t pay a fee, and we think that’s a big deal because if you look historically at the travel industry, those competitors who adopted no traveler fees first are the ones that ended up being the big winners in that business.”

One year later, Sharples announced that, not only was Expedia purchasing HomeAway, but that HomeAway was following the lead of competitors Airbnb and TripAdvisor and incorporating a fee for travelers.

“We do plan to introduce a traveler service fee in mid-2016 on transactions through our platform,” said Sharples in HomeAway’s Q3 2015 Earnings Call. “We’ve been preparing for these changes for most of the year and have already decided prior to this combination that launching the service fee is the best way forward for our marketplace.

How the Traveler Fee Started

2009: In 2009, AirBed And Breakfast rebranded as Airbnb. TechCrunch reported in a March 2009 article Y Combinator’s AirBed And Breakfast Casts A Wider Net For Housing Rentals: “As AirBnB here is also a monetary benefit to opening up the site, says Chesky. For each rental, AirBnB takes a 7 to 10 percent cut of the traveler’s payment (as the rental price of the accommodation goes up, AirBnB will take less of a cut) and also takes a flat 3 percent cut of what the seller receives.”

2010: In 2010, Forbes published an article entitled “Airbnb: The Ebay for the Entire House,” stating Airbnb “gets 6% to 12% of guest fees (and an additional 3% from the host to cover transaction fees).”

2011: According to an Airbnb.com help page in 2011, “This service fee is what actually goes to the site’s operation, enables the platform that we provide, and allows us to offer great customer support before, during and after travel. We charge travelers a 6-12% service fee, depending on the total of the reservation. The higher the total, the lower the percentage of the fee. The reason we scale the fee is so the traveler can save money when booking large reservations. Airbnb also charges the host a 3% fee for every booking that is completed. This fee covers the cost of processing the guest’s payment.”

2015: In early 2015, TripAdvisor began proactively targeting Airbnb’s hosts and adding a pricing model for individually owned rentals that mimicked Airbnb’s. However, TripAdvisor had not offered that pricing structure to VRMs. In an August letter to VRM Intel, Tracey Zhen, then GM of TripAdvisor Vacation Rentals, said, “While property managers always have and will remain a fundamental part of what we do, another key change this year and last has been our increased focus on homeowners as demand to list independent properties continues to rise sharply in the vacation rental market. Property managers – which have sometimes thousands of properties and require account managers, custom technical integrations and more – have different requirements to independent homeowners. We’ve set our rates to match these requirements, and these rates are very much in line with industry standards.”

Then came the November 2015 announcement that Expedia was purchasing HomeAway along with HomeAway’s decision to follow Airbnb’s lead and add the traveler fee.

Sharples maintained they thoroughly vetted the decision to add a traveler fee. “We have done, and our suppliers who are listening should understand this too, we’ve done enough research and testing on this to know that it isn’t going to substantially change conversion rates on bookings,” said Sharples. “We have unique inventory and unique products, and when somebody goes to rent that particular house in Martha’s Vineyard with four bedrooms, they want that house. We’re going to have caps on fees. It’s not going to be some extraordinary thing that’s going to be a huge burden to travelers. We’ve really thought this thing through, and we believe it’s going to be a big success.”

One month later, TripAdvisor Vacation Rentals announced they had made the decision to add the traveler fee for professionally managed listings – as well – saying, “As of December 9th, the fee for managers will be only 3%. This covers the cost of processing credit cards. In exchange, we will charge the traveler a fee to make a booking.”

Why a Traveler Fee Works

Airbnb’s inventory grew from shared accommodations and urban accommodations not previously listed in the marketplace. It was new inventory, so consumers could not compare pricing on other channels. A traveler fee was effective because consumers were not able to find a better price elsewhere.

Even as late as mid-2015, in HomeAway’s Q2 2015 Earnings Call, Sharples said, “We’ve been doing some research in the U.S. and looking at property overlap for Airbnb, we were surprised that how low it was, we actually did a very thorough job of looking at that. And so think about that kind of in the 10% range in the U.S. We’re doing a similar study in Europe, we do have an expectation the overlap will be higher in Europe, probably not substantially, so maybe at the outset could be 2X of that so maybe 20%.”

With only a 10% overlap in vacation rental inventory in the U.S. between the two largest marketplaces in the industry – Airbnb and HomeAway – in June of 2015, the pricing structure for Airbnb’s rentals arguably hasn’t been tested against competition.

But Airbnb is quickly moving into the professionally managed vacation rentals.

“Airbnb is a very dynamic and exciting company, and they are moving into the professionally managed vacation rental industry very quickly,” said Julian Castelli, CEO at LeisureLink. “We started providing property managers integrated access to Airbnb in the second quarter of 2015, and have seen very strong growth from this channel.  We are working hand in hand with Airbnb to help them tailor their offering to the needs of property managers, and have seen great progress.  As you know, their original offering was designed for urban hosts, so there has been a learning curve for both Airbnb and property managers as they learn to work together.  We are excited to facilitate the acceleration of this learning curve by helping both sides understand the needs of the other, and providing tools and services to bridge gaps when they arise.”

With Airbnb’s technology integration with PMS platforms, including LiveRez, BookingPal and Kigo – as well as LeisureLink – the amount of overlap of inventory between the marketplaces is expected to grow quickly. Fortunately for Airbnb, now that HomeAway and TripAdvisor have adopted their pricing model, consumers will not see a substantial pricing difference when comparing identical homes between these third-party channels.

“In conjunction with the new traveler service fee, we’ll be lowering commission rates for most of our pay per booking suppliers and providing meaningful incentives to our subscribers based on the bookings they do through our platform,” said HomeAway’s Sharples. “All in all, we expect these business model changes to be a huge win for our suppliers and travelers while providing an engine for accelerated and sustained growth well into the future.”

The TripAdvisor email announcement of their move to add a traveler fee and lower commission rates for VRMs said, “We’re excited to announce this because it makes it easier to be part of the largest global travel website. Why this change is good for everyone: As a property manager, you will pay less commission, the fee will be just 3% for accepted bookings, Managers will pay the same fee as individual owners going forward, and we think this will create a stronger marketplace with more managers able to participate.”

According to Alex Aydin, CEO at BookingPal, “With distribution channels transitioning to sharing the channel cost directly with customers, this should help more property managers participate that did not have the margins to do so previously. This is an opportunity for many additional property managers to participate in these powerful distribution channels.”

LeisureLink’s Castelli agreed, “This represents both innovation and a legitimate attempt by these distribution channels to adopt new pricing models that can better accommodate property manager economics. These channels want to work with property managers, and they are getting a better understanding of the economic constraints that property managers face. Since vacation rentals are not generic, and are not often listed on dozens of sites, there is an opportunity to shift some of the cost of distribution to the consumer in exchange for the convenience and selection being offered to them. I think this is a good effort, and I look forward to seeing how it is received.”

Eye for Travel defines rate parity as “maintaining consistent rates for the same product in all online distribution channels – Expedia, Orbitz, Hotwire, etc. – regardless of what commission the OTA makes.” When hotels partnered with an OTA, the OTA required hotels to agree to rate parity, and the hotels were not allowed to undercut the rates they display for your rooms on their own websites.

But rate parity agreements are changing. According to the Chicago Tribune, “In the United States, a recent court decision in a class-action antitrust suit upheld the legality of parity agreements: The court held that they represented ‘rational business interests rather than anti-competitive behavior.’ Several European governments, on the other hand, are actively trying to loosen them, with some success: Responding to pressure, Booking.com has agreed to make its standard agreements less restrictive, and the pressure is mounting from several governments.” Perkins, E. (2015, April 28). Rate parity: The battle to determine how you buy hotel rooms. Chicago Tribune

In the vacation rental industry, OTAs are not currently enforcing rate parity of any kind. This allows VRMs the flexibility to make sure the best price available is the price customers receive by booking directly through the management company.

3. VRMs Win Because Consumers are Smart

“Consumers are also very savvy so I would imagine that we will see a resurgence of the billboard effect where consumers check the direct property management website prices and may end up booking directly after seeing their inventory on a distribution channel to avoid the above the line fees charged by the channels,” said BookingPal’s Aydin. “This could be a big win for both the channels and the property managers.”

Today’s consumers are extremely knowledgeable in performing online comparison pricing shopping. By simply copying part of the property description in a search engine or by doing a quick image search, vacation rental shoppers can easily find the property management company that originally listed the home. With additional traveler fees being added to HomeAway, Airbnb and TripAdvisor transactions, potential guests will quickly figure out that they can save money by booking direct, and VRMs have an opportunity to speed up this discovery with a little consumer education about traveler fees.

Resolutions 2016: A New Year, A New You, A New Approach to Your Business
Where do the U.S. presidential candidates stand on vacation rentals?