PMs aren’t the only ones having problems with Airbnb 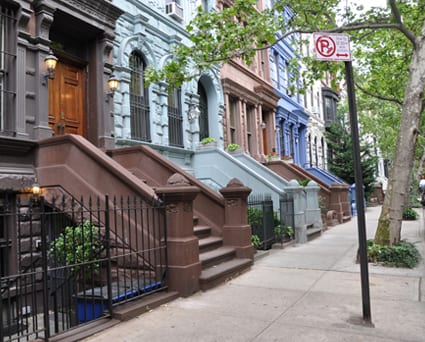 By Kevin May –In true sharing economy style, angry former hosts are turning to the web to share their grievances with Airbnb.

In a Medium post by Kelly Kampen, a Bangkok, Thailand-based software developer and business owner who lets out a room in his property, Airbnb has been taken to task for de-listing his profile and cancelling all future bookings.

The post (“Airbnb why did you terminate my account? — An Open Letter to Airbnb“) details how Kampen has been an unofficial brand ambassador for the company, has hosted events for other property owners and has even been invited to speak at an Airbnb event in Paris, France.

He also called himself a “super-host,” having welcomed more than 700 people from more than 70 countries and making himself nearly $42,000 in two years.

But then, over the course of several days, Kampen was informed that his account was to be deactivated by Airbnb, with no explanation offered.

Kampen then spent a few days trying to get to the bottom of the issue, including apparently meeting with sympathetic Airbnb staffers in Bangkok.

In desperation, he even wrote to CEO Brian Chesky and the other co-founders of the company to elicit some kind of response, he says.

Despite getting a one-line response from chief technology officer Nate Blecharczyk (“Hi Kelly, sorry to hear this – I will ask the team to look into it. Sorry for the delay!”), a week on and with no reply, Kampen decided to post the article about the saga on Medium.

Given the length of time since the initial queries and cancellation of the account, Kampen says he feels “this is a horrible mistake, total misunderstanding or misinterpreted policy”.

In an emailed statement to Tnooz, an Airbnb official says the company does not “generally discuss confidential information regarding individual hosts and guest profiles”.

“There may be many reasons why people are removed from the platform including quality or safety concerns.

“Dedicated members of our team continually review host and guest profiles. While these decisions are difficult, ultimately there is nothing more important to us than the safety of the people who use Airbnb.”

Kampen admits he was creating a “small SaaS app to help hosts” and that his account showed unusual activity from an iPhone logging in from the US for two months (he has lived in Asia for years).

In a message to Tnooz via email, Kampen says he had not started actual development of the app and therefore it has nothing to do with the log-ins.

He also claims the app would not violate the Airbnb terms of service.

About the Writer :: Kevin May

Kevin May is a senior editor and was one of the co-founders at Tnooz in 2009. He was previously editor of UK-based magazine Travolution and web editor of Media Week UK from 2003 to 2005.

He has worked in regional newspapers (Essex Enquirer) and started his career in journalism at the Police Gazette at New Scotland Yard in London. He has a degree in criminology, a postgraduate diploma in magazine journalism and publishes his first book – a biography about electronic band, Depeche Mode – in 2015.