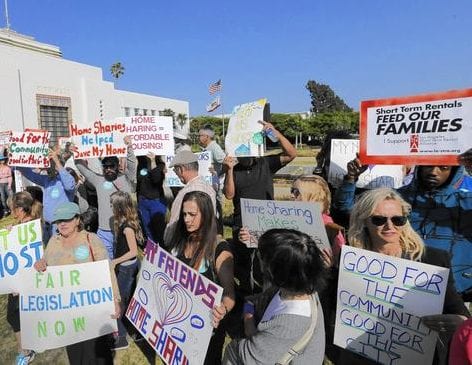 “Short-term renting is a part of Austin’s DNA,” said Steve Shur, president of Travel Tech. “The ability to eat, drink, and stay local has become a large part of what draws nearly 23 million domestic visitors each year to Austin festivals, events, and destinations. Unfortunately, the proposals currently before the city council could rob travelers of the chance to live like a local.”

“These proposals do not represent smart short-term rental regulations,” said Mr. Shur. “As we’ve seen in other cities that have turned to such heavy-handed provisions, these types of regulations are almost impossible for short-term rental operators to understand and comply with – ultimately pushing the practice underground.”

The Travel Technology Association (Travel Tech), whose membership includes short-term rental companies such as HomeAway/VRBO, TripAdvisor, and Airbnb, would like to reemphasis its concern with proposed amendments to the city code related to short-term rentals. Over the past few months the Austin City Council has heard from a number of stakeholders on this issue, and we would strongly urge the Council to reconsider any action at the upcoming January 28th City Council meeting.

As presently proposed, the controversial measures scheduled for a vote will do irreparable harm to the overwhelming number of responsible short-term rental providers in Austin. Today, Austin has one of the most sound and reasonable short-term rental ordinances in the country, so it should come as no surprise that it also enjoys one of the highest compliance rates of any municipality. Unfortunately, the proposed measures are unnecessarily onerous to owners, operators, hosts, and the industry platforms they utilize. And we have seen time and time again, that similar regulations undermine compliance, drive short-term rental activity underground, and deprive municipalities of the corresponding tax and revenue benefits.

The Travel Technology Association believes in fair and reasonable regulations for short-term rentals, and has long viewed the Austin ordinance as a success story, and a best practice model for other cities around the country. As is so often the case, the proposed measures have been drafted in response to a small fraction of the city’s short-term rental community that is not in compliance with the existing city ordinance. Fortunately for the city and its residents, Austin’s current short-term rental law provides for the opportunity to simply enforce the existing code and remove the registration of a small number of problem properties. This is a simple solution already provided for in the existing law. A wholesale rewrite of the existing city ordinance is simply the creation of new governance for governance’s sake. The City should refrain from a full overhaul that includes the phasing out of Type 2 rentals until another year’s worth of short-term rental data can be collected and audited. In the meantime, addressing the problem properties under the current code is in the best interest of resident, providers, and travelers. With fair and reasonable short-term rental laws already in place in Austin, city residents and taxpayers deserve a sincere effort by the city to enforce the existing codes before creating new ones.

Thank you in advance for your consideration of our request to continue to allow for a discussion of these proposed amendments. The Travel Technology Association, and our member companies including Austin-based HomeAway, is available to the city of Austin as a resource and we look forward to having the opportunity to work with you.