Does Airbnb’s $10 Billion Valuation Size Up? 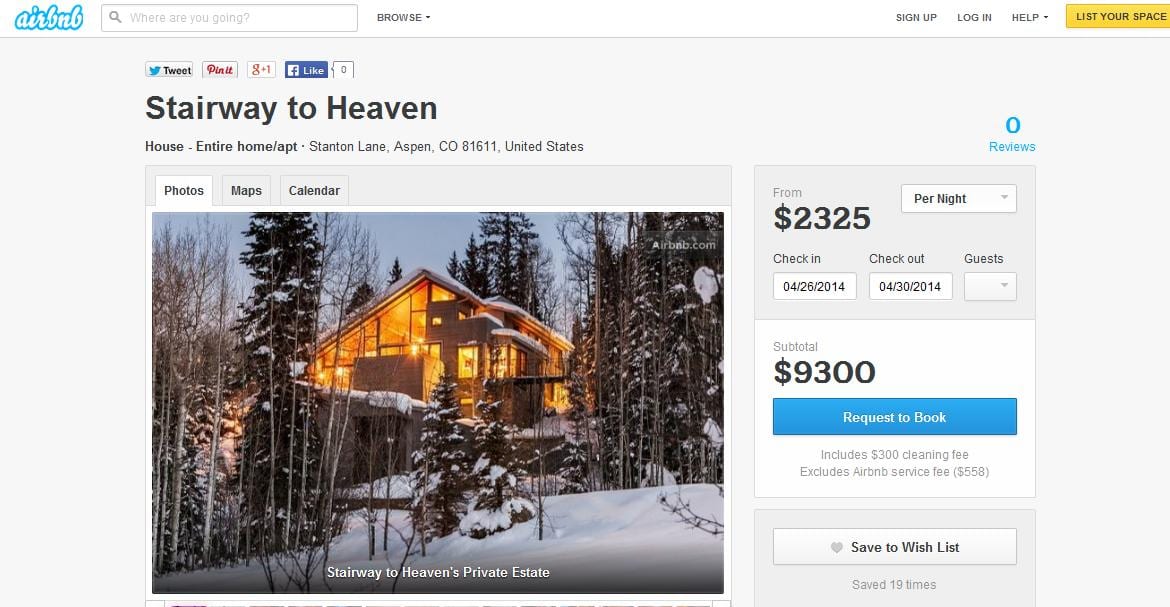 Airbnb is in advanced talks to raise funds that would value the home-sharing company at more than $10 billion, according to several people familiar with the process.

It wasn’t all that long ago that Airbnb’s co-founder and CEO Brian Chesky left his apartment to become “homeless,” renting out other people’s apartments in San Francisco to get to know his customers.  That was in the summer of 2010, when Chesky was a 20-something running a fledgling couch-surfing startup backed by $600,000.

Less than four years later, hundreds of millions of dollars in capital, several rental-horror stories and scrutiny by regulators, Airbnb is now in 160 countries, lists more than 600,000 short-term rentals and is now one of the most valuable companies backed by venture capitalists in the world.

Here’s a look at the 10 most valuable startups, according to Dow Jones VentureSource. Airbnb is now tied with Chinese smartphone maker Xiaomi and cloud-storage company Dropbox for the highest valuation. Click on the chart to get the full interactive of the Billion-Dollar Startup Club: 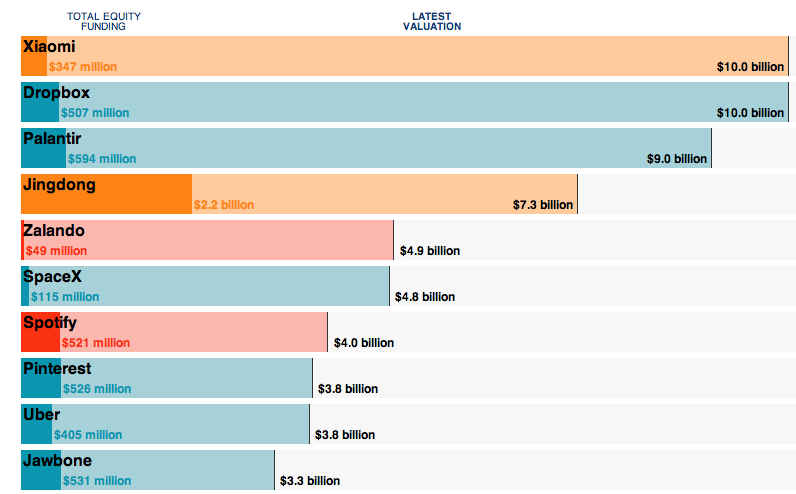 At a $10 billion valuation, Airbnb would be valued at more than some of the hotel chains it is increasingly competing against. Wyndham, which manages 7,500 hotels under brands like Wyndham, Ramada and Days Inn, had $5 billion in revenue last year and is valued at $9.4 billion. Hyatt Hotels, with more than $4 billion in revenue, is worth $8.4 billion.

Then there’s HomeAway, the vacation-rental site which went public in 2011 and whose listed properties are beginning to overlap. Airbnb would be worth more than twice its market value of $3.9 billion — HomeAway had revenue of about $346 million last year.

It’s not clear where Airbnb’s revenue stands at the moment — the site has more than 600,000 listings, and collects a 3% cut of the booking from hosts and a 6% to 12% fee from guests.