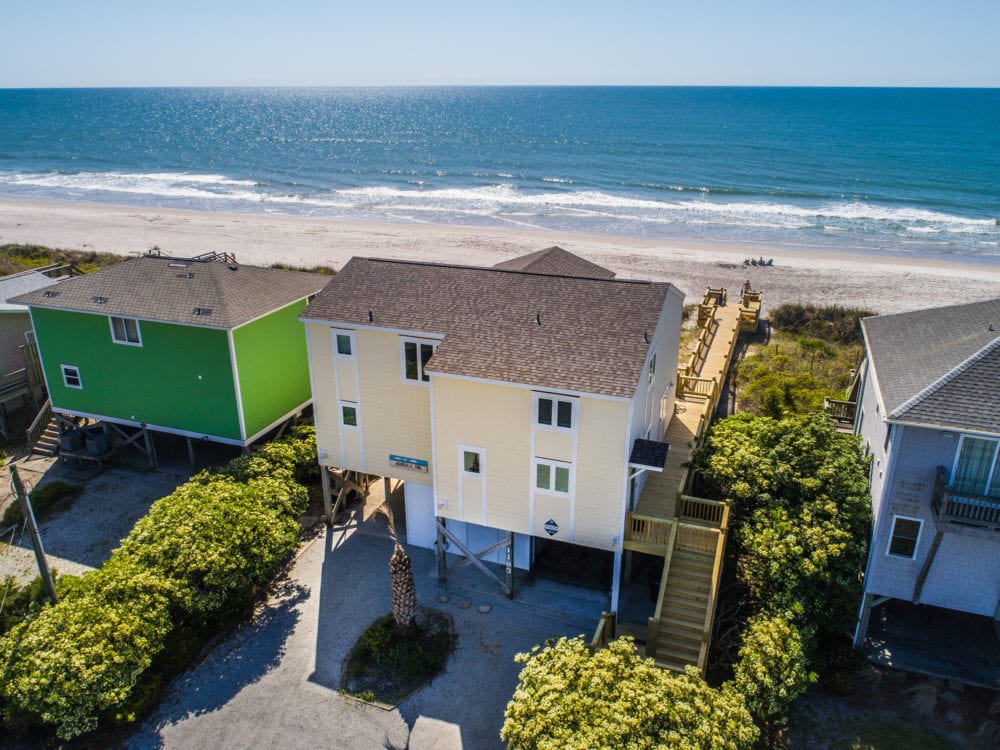 Q & A with PointCentral’s Mike Harrington

We asked PointCentral customer Mike Harrington, CEO at Carolina Retreats and past president of VRMA, about his experience with smart home technology and PointCentral. Mike’s candid responses are both informative and enlightening and should help other vacation rental managers who are investigating smart home technology. We thank Mike and the team at Carolina Retreats for their cooperation in the development of this article.

What Was Your Motivation to Look at Smart Home?

Mike Harrington (MH): “It was really sort of a no-brainer on our part. I saw things progressing from lockboxes with a physical key to the keyless locks, which were more analog. When PointCentral came out, there had been some Wi-Fi-enabled systems before that, but in these vacation rental homes, Wi-Fi can be very spotty. I knew that was a problem from the very beginning. With PointCentral, I was really intrigued with the mobile operating system that works on cellular technology—which was way more reliable from the get-go.”

MH: “I’ll never forget my first summer as the new owner and president of the company. I got a call at 11 o’clock at night—someone can’t get in. I drove 30 minutes to the office to meet the people. I get into the office, go to the key box and it’s locked, and I don’t have the key. I eventually was able to unlock the box and give them their key, then drive all the way home. I told myself, I’m never doing this again. We immediately started the process of implementing smart home technology.”

MH: “Our Topsail operation is now 100 percent on the PointCentral system,” added Mike. “We’re getting ready to convert our Carolina Beach operation to PointCentral as well. It took very little convincing for homeowners, and our staff were elated, as were guests. We fund the hardware costs, and we pass along the software costs to our guests, which made it a lot more manageable for everyone to accept.”

How Has Going Keyless Impacted Your Operations?

MH: “From a sheer efficiency standpoint, we’ve basically cut out check-ins at the office,” proclaimed Mike. “Everything is handled pre-arrival. Nobody wants to come to an office and stand in a lobby to get a key. We know when the home is clean and ready. We know when the property is ready for occupancy and when the guests check in and check out.”

Did You Integrate Smart Home with Your Work Orders?

MH: “Absolutely! We rely on multiple vendors who have their own codes. We know when they enter the home and when they leave. For example, Hurricane Florence was a very big problem for us. Smart home allowed us to better prepare our homes before and after the storm—which was just awesome! We didn’t have to deal with keys. It was so much more efficient and really helped to make our jobs easier.”

Did You Position Smart Home as a Guest Amenity?

MH: “In the beginning we highlighted smart home in all of our marketing. I think now it’s become an expectation and less of a competitive advantage. If you don’t have smart homes, it’s a bit of a letdown for the guests; it’s so prevalent now.”

Regarding ROI, Where Have You Seen Your Biggest Returns, and Did Any of Those Surprise You?

MH: “The biggest return is on the operations side for us—reacting faster when things come up, not having to go to a home late at night, etc. I refuse to put our people in that position. It’s a safety concern. If we didn’t have smart home, our jobs would be immensely harder.”

“One of the surprises was that it was easier to implement than I thought. We had about 150 homes that we wanted to implement out of the gate, and I thought that might be too many. But it was a very smooth and seamless process converting those homes. It was a lot easier than I expected.”

What Guidance Would You Offer to Other VR Managers?

MH: “I wouldn’t get too hung up on the upfront cost. There are lots of ways to defer those costs. I would advise contacting people who have done this in the past, and get their take on how they did it.”

“And don’t get too caught up on a few of your homeowners who may not like it. You shouldn’t let a small percentage of your homeowners dictate what the large percentage want to do. I would just do it and ask forgiveness later. We just told our homeowners this is what we’re going to do. There were a few who didn’t want to do it, but by the second year, they had all signed up—100 percent.”