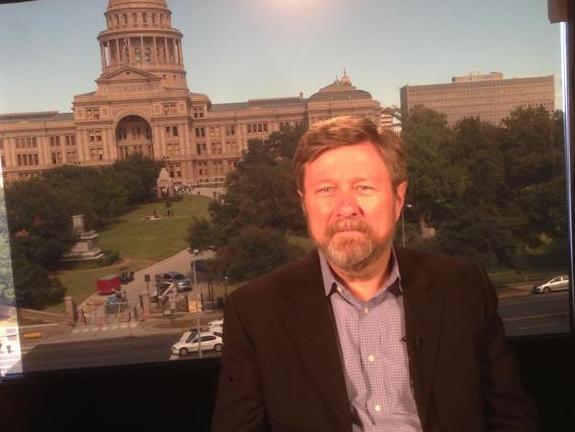 Earlier this month HomeAway, the leading marketplace for vacation rentals in the U.S., sued the city of San Francisco over the new short-term rental law alleging it is discriminatory towards non-resident homeowners by prohibiting them from renting their property as a short term or vacation rental while allowing “full time” resident homeowners and tenants to rent their home on a short-term basis.

In addition, HomeAway also says the law is written in a way that the only ”Hosting Platform” as defined by ordinance allowed to operate in the City and County of San Francisco is an agency model like that used by Airbnb, which restricts fair competition.

We reached out to Carl Shepherd, Co Founder and Chief Strategy Officer at HomeAway, to find out what prompted HomeAway to take legal action against the city of San Francisco and what impact this legislation has on the vacation rental industry.

One of the most startling elements of the new law is that it allows short-term rentals by people—owners or tenants of owners–who declare they are full time residents (staying at least 275 days per year in the city) while banning short term rentals by non-residents, which is by nature discriminatory and effectively outlawing traditional vacation rentals (properties owned by people who are not full time residents of a city or town).

“We felt like we had to bring this suit because our customers are being singled out and harmed economically,” said Shepherd.  “We truly believe this law as written is discriminatory and unconstitutional. Municipalities do not have the right to say that some people can and some cannot have certain rights. We feel confident that ordinance will fail on constitutional grounds.”

In the San Francisco law, the definition of an “owner” includes tenants.

“Traditionally, before this ordinance was created in San Francisco, in order to have a short-term rental property, you had to be the property owner or have the express permission of the owner,” said Shepherd. “This “Orwellian” definition of “owner” gives ‘tenants’ more rights than the homeowner from whom he is leasing the property., It encourages people to arbitrage between their long term rental commitment and what they can earn short term. With no skin in the game ‘tenants’ can rent properties and violate leases, but cannot be evicted if they rent for 90 days or less, assuming the city can stop people from going over their 90 day allotment in the first place.”

“My view is that this ordinance will have the opposite effect on the affordable housing challenges facing San Francisco, because it is effectively a road map as to how to convert a rented apartment from long term to short term rental” said Shepherd. “We support requiring property ownership—or express permission from the owner—for short term rentals. Placing an equity requirement in the decision to rent creates a natural cap on the number of properties that will be placed into the short term market.”

Legal anointment of winners and losers in a marketplace

“We support the rights of communities to police themselves, but we do not believe that governments can use laws which anoint winners and losers in the market,” said Shepherd. “This law is written so that only one company (Airbnb) can legally operate in San Francisco. Municipalities cannot legislate that a certain business can have a monopoly.”

In further explanation, according to Skift’s Dennis Schaal, “the law excludes all business models other than Airbnb’s agency model, in which Airbnb is the merchant of record and collects a fee from renters…Under HomeAway’s business model, it sees itself as a marketplace and not the merchant of record. HomeAway charges subscription fees or commissions to owners, but doesn’t collect a fee from vacation rental guests.”

Eleven people on the Board of Supervisors looked at the law and in a vote of 7-4 decided non-resident homeowners did not have property rights while tenants had full rental rights.

Is this suit designed to attack Airbnb?

According to Schaal, “In its lawsuit against the City of San Francisco, short-term rental site HomeAway alleges that Airbnb board members Reid Hoffman, the co-founder of LinkedIn, and Silicon Valley super-angel Ron Conway basically bought the good graces of the president of the San Francisco board of supervisors through $674,000 in contributions to a supportive political action committee. And Conway’s wife, Gail Conway, chipped in another $49,000 to the same PAC supporting the California Assembly campaign of David Chiu, the board of supervisors president and the sponsor of the short-term rental law that goes into effect November.”

“I do not believe that Airbnb intentionally lobbied to have the law crafted in this way,” said Shepherd. “It was just lazy legislation. The breakdown was in the sausage making. The people in Supervisor Chiu’s office seemed to be simply trying to find a way to legalize Airbnb.”

Opponents of the legalization of short term rentals are concerned about the lack of affordable housing in San Francisco, which was a problem facing the city years before either Airbnb or HomeAway were a factor.

“The people of San Francisco are interested in knowing how things work,” said Shepherd. “The average home in San Francisco is very expensive and out of reach for the average household income in the area. Taking the city housing stock of hundreds of thousands of properties into account, the notion that 1,200 vacation homes listed on HomeAway by second homeowners would have any meaningful impact on affordable housing is silly on its face.”

“I believe any objective analysis of the part of short term rentals in San Francisco would show that this activity is  not causing an affordable housing problem in San Francisco,” added Shepherd.

HomeAway’s goal in bringing the suit in San Francisco

“We feel strongly, as the market leader in the vacation rental industry, that we have a responsibility to speak up and ask that short term rental ordinances be fair and non-discriminatory and that ordinances should not be used to anoint winners and losers in the marketplace,” said Shepherd. “We hope to work with the San Francisco Board of Supervisors to amend this legislation to work for all property owners, not just full-time residents. Our full intent is to get the law amended so that it is fair for homeowners, travelers and suppliers, but absent that, we feel quite good about our chance to prevail in court.”

For vacation rental managers who are not currently facing rental restrictions imposed by their municipalities, Shepherd advises keeping an eye of what is going on. “We’ve all heard the poem by Pastor Niemölle, ‘First they came’ and while it was written to help people understand their complicity in governmental overreach, it is evocative here. Regulations can set precedence and can spread quickly. The reality is that we have all seen attempts to restrict vacation rentals rights in many regions—including places like Florida which was fought by the FVRMA, and most recently, very real restrictions in Jackson Hole Wyoming. Vacation rental managers should say to themselves, ‘As a participant and beneficiary of this industry, I’m going to help support those folks who are facing it.’”

Shepherd added, “Professional property management companies should understand that cities build legislation off of other cities by reasoning that if it worked well in one city, it can work for us.”